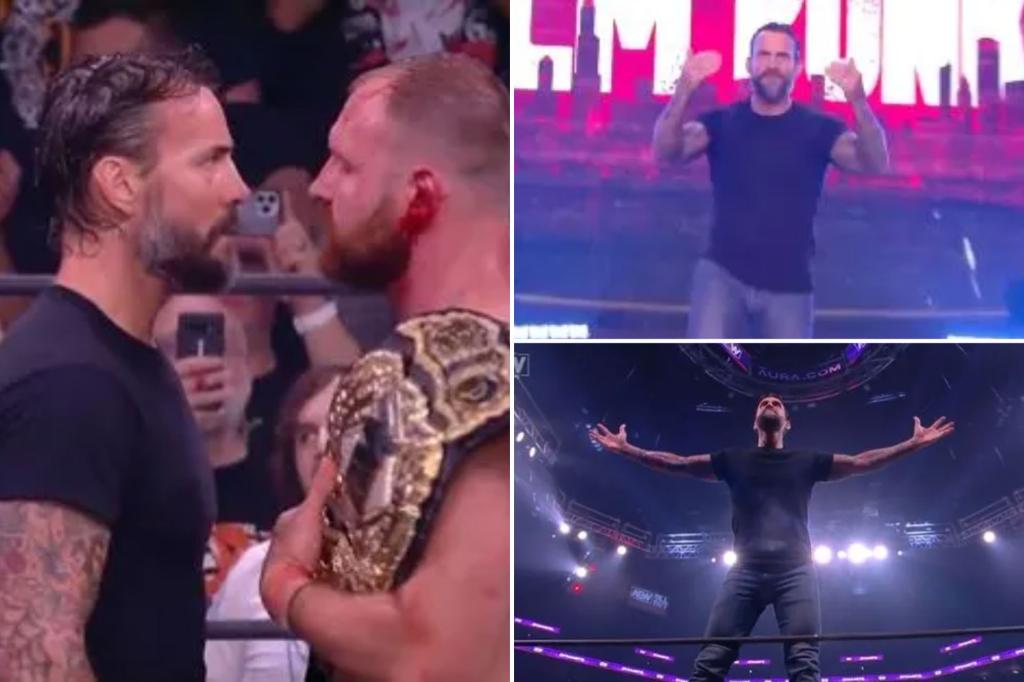 CM Punk is back.

The All Elite Wrestling champion made a surprise return after the main event of “AEW Dynamite” on Wednesday, a little more than two months after stepping away from the title and company to have surgery on a broken foot.

After interim AEW world champion Jon Moxley defeated Chris Jericho in a bloody affair for the title on Wednesday, the Jericho Appreciation Society hit the ring to attack the champ.

It brought Moxley’s Blackpool Combat Club out to even the odds. Then Punk’s “Cult of Personality” theme music hit to a big pop from the Target Center crowd and he began to take out JAS members including Jericho himself.

Eventually the ring cleared leaving just Punk in the center with Moxley, who stood up and turned to come face to face with his likely opponent in a championship unification match at the All Out pay-per-view in Chicago on Sept. 4.

Moxley flipped Punk the bird and bumped his shoulder hard on his way out of the ring. The 43-year-old Punk, whose real name is Phil Brooks, made sure to jump on his surgically repaired foot to show it had healed while playing to the crowd as the show ended.

The last time we saw Punk was June 3 on “AEW Rampage” when he announced he was injured and stepping away, but AEW president Tony Khan was not making him vacate the title he had just won days prior at “Double or Nothing.”

That decision appears to have paid off as Punk is now back for the company’s biggest show of the year. While the pay-per-view match is not official yet, the last time he and Moxley wrestled a singles match was on Dec. 3, 2013 on “Monday Night Raw” when both were in WWE and Moxley was Dean Ambrose.

AEW could be see another big return from injury next week as The Young Bucks enter the trios championship tournament without a partner, sparking speculation former AEW champion Kenny Omega will be back to team up with his friends.  We last saw Omega when he lost the belt to “Hangman” Adam Page at Full Gear last November