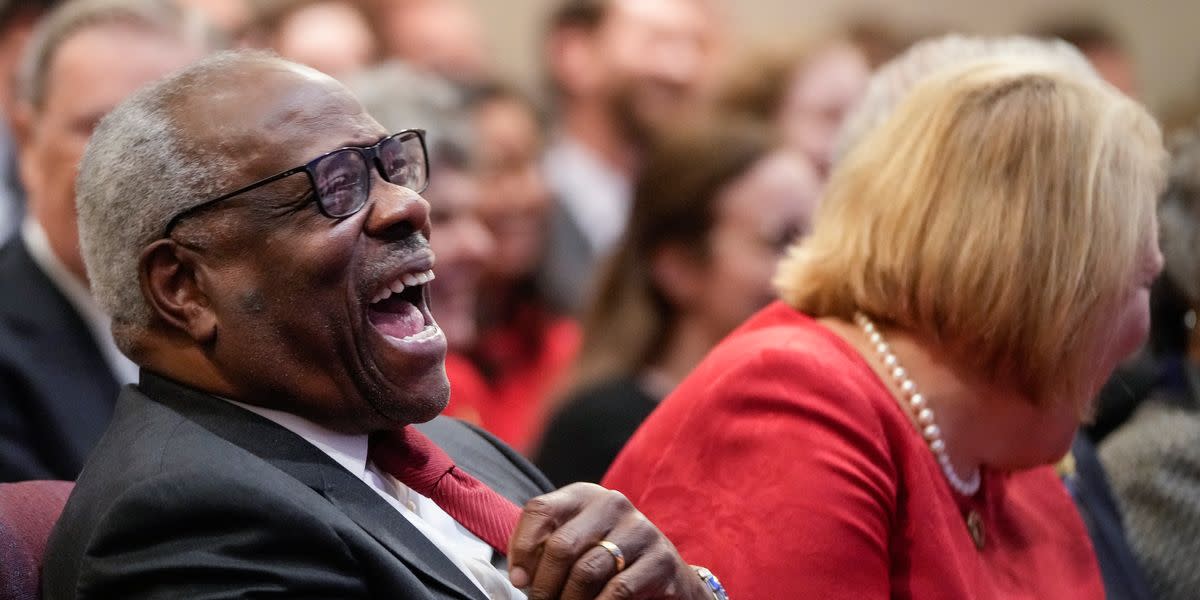 In the wake of the leak of a shocking draft Supreme Court opinion gutting Roe v. Wade, Justice Clarence Thomas on Friday chided Americans for “becoming addicted to wanting particular outcomes — not living with the outcomes we don’t like,” Reuters reported.

Thomas, speaking to lawyers and judges at an 11th Circuit Judicial Conference in Atlanta, added: “We can’t be an institution that can be bullied into giving you just the outcomes you want. The events from earlier this week are a symptom of that,” he noted, Reuters reported Friday.

He was apparently referring to protests that erupted after the leak, though did not specifically refer to the draft opinion or demonstrations against it, The Washington Post reported.

Declining respect for the law and institutions “bodes ill for a free society,” Thomas warned, according to the Post.

Thomas also said he worries about a “different attitude of the young” that might not show the same respect for the law as past generations did.

The draft decision that would overturn a half-century of reproductive freedoms was not just a surprise, but a radical departure from precedent.

The opinion, written by Justice Samuel Alito, indicated there was no protection for abortion rights in the Constitution in part because the word “abortion” does not appear in the document. The right to abortion was based on a right to privacy, which also does not appear in the Constitution. Alito’s opinion could upend numerous other rights Americans have come to depend on.

The court confirmed the authenticity of the leaked document but called it preliminary. However the opinion, or something very similar, is expected to be adopted by the conservative majority on the court.

The draft opinion, published Monday by Politico, would uphold a Mississippi law banning abortions after 15 weeks of pregnancy and overturn the landmark 1973 Roe v. Wade decision.

The court is due to issue its ruling in the case by the end of June.