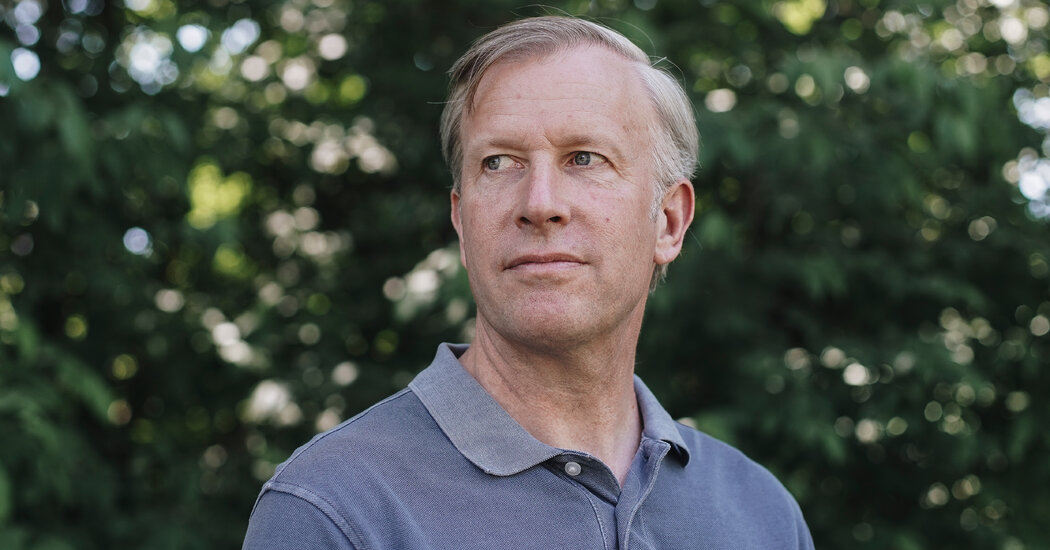 In the wake of deadly mass shootings in Buffalo and Uvalde, Texas, Representative Chris Jacobs of New York, a soft-spoken congressman serving his first full term in the House, stunned fellow Republicans by embracing a federal assault weapons ban and limits on high-capacity magazines.

Speaking from his suburban Buffalo district a week ago, about 10 miles from the grocery store where 10 Black residents were slaughtered, Mr. Jacobs framed his risky break from bedrock Republican orthodoxy as bigger than politics: “I can’t in good conscience sit back and say I didn’t try to do something,” he said.

It took only seven days for political forces to catch up with him.

On Friday, facing intense backlash from party leaders, a potential primary from the state party chairman and a forceful dressing down from Donald Trump Jr., Mr. Jacobs announced that he would abandon his re-election campaign.

The episode, which played out as President Biden pleaded with lawmakers in Washington to pass a raft of new laws to address gun violence, may be a portent for proponents of gun control, who had welcomed Mr. Jacobs’s evolution on the issue as a sign that the nation’s latest mass tragedies might break a decades-old logjam in Washington.

It also serves as a crisp encapsulation of just how little deviation on gun policy Republican Party officials and activists are willing to tolerate from their lawmakers, despite broad support for gun safety measures by Americans.

Understand the 2022 Midterm Elections So Far

After key races in Georgia, Pennsylvania and other states, here’s what we’ve learned.

Just last week, Mr. Jacobs, who is the scion of one of Buffalo’s richest families and was endorsed by the National Rifle Association in 2020, had been an easy favorite to win re-election, even after a court-appointed mapmaker redrew his Western New York district to include some of the state’s reddest rural counties, areas he does not currently represent.

But by Friday, after local gun rights groups had posted his office phone number on the internet and local party leaders had started pulling their support one by one, political analysts predicted he may well lose a primary challenge based solely on his embrace of firearm restrictions.

Party leaders and allies who have spoken with him in recent days said Mr. Jacobs clearly understood the political ramifications of his decision to support powerful gun control measures — but he nonetheless refused to back away from it.

Mr. Jacobs announced his support for a federal ban on assault weapons last week without having first consulted many of his political advisers, according to a person familiar with his decision who was not authorized to discuss it.

After making his remarks, he conducted a poll that suggested he may have still had a path to re-election, though not an easy one.

“Look, his heart is in a good place, but he’s wrong in his thinking as far as we are concerned,” said Ralph C. Lorigo, the longtime chairman of the Erie County Conservative Party. “This quick jump that all of the sudden it’s the gun that kills people as opposed to the person is certainly not 100 percent true.”

Mr. Lorigo said he had vouched for Mr. Jacobs earlier this year when other conservatives doubted him. But this past Monday, he demanded the congressman come to his office and made clear he would encourage a primary challenge.

When are the key races taking place? The primary gauntlet is already underway. Closely watched races in Pennsylvania, North Carolina and Georgia were held in May, with more taking place through the summer. Primaries run until September before the general election on Nov. 8.

“He understood that this was potentially political suicide,” Mr. Lorigo said.

Even before he made his decision on Friday, several Republicans were already lining up to run against Mr. Jacobs, angered at both his comments and the way in which he had surprised fellow members of his party, including some who had already endorsed him.

“We deserved the courtesy of a heads up,” said State Senator George Borrello, a second-term Republican from Irving, N.Y., south of Buffalo, who said he did not believe that Mr. Jacobs’s remarks were “an off-the-cuff emotional response,” but were planned in advance.

Mr. Borrello, who said on Friday that he was now considering running for the seat, added that Mr. Jacobs’s actions were particularly galling considering the congressman had “actively and aggressively” sought out the support of pro-gun groups like the N.R.A. and the 1791 Society.

“And those people rightfully feel betrayed,” he said.

The most formidable threat, though, came from Nicholas A. Langworthy, a longtime Erie County Republican leader who currently serves as the chairman of the state Republican Party.

Mr. Langworthy had been a supporter of Mr. Jacobs, helping him secure Donald J. Trump’s endorsement, but he began circulating petitions to get on the ballot himself in recent days and told associates that he would consider challenging Mr. Jacobs.

Mr. Langworthy has yet to formally announce whether he will seek the seat, but his entrance into the race would likely clear the emerging primary field.