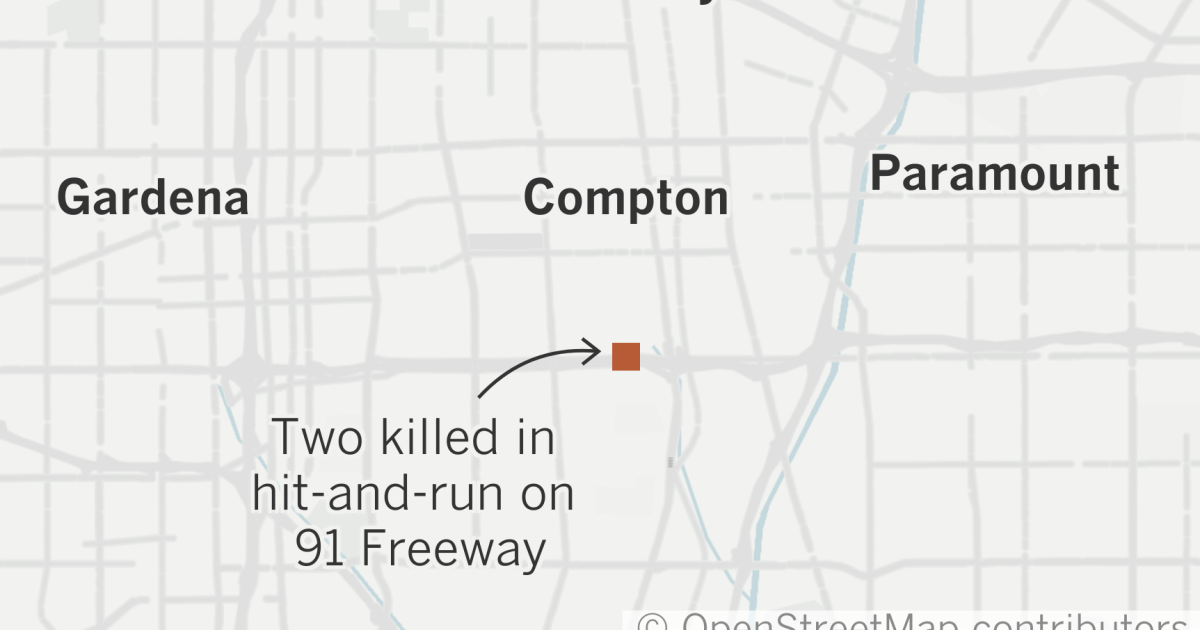 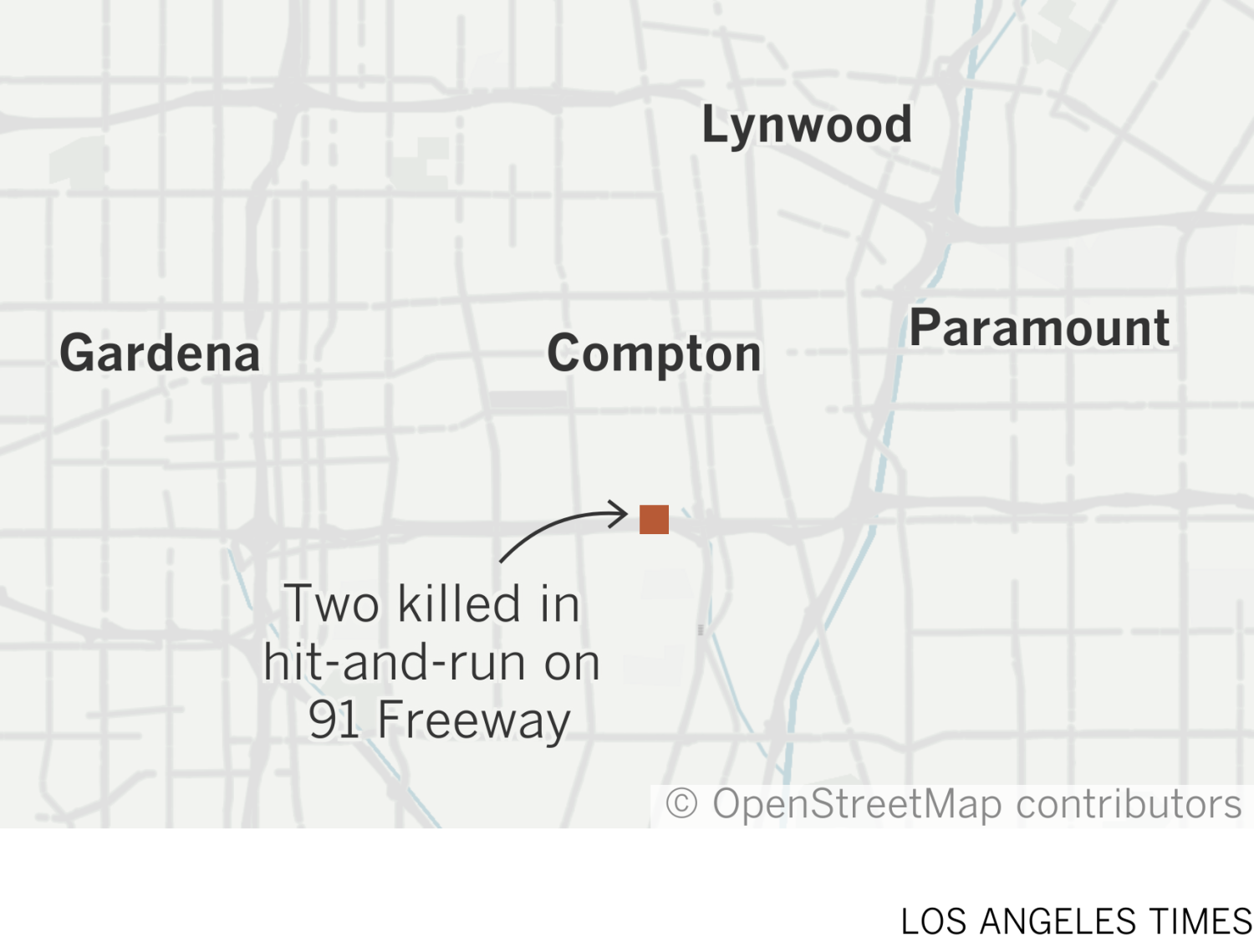 Two people killed in a traffic collision on the 91 Freeway near Compton early Saturday were victims of a hit-and-run, according to the California Highway Patrol.

CHP responded to a call about a traffic collision and initially reported the fatal collision appeared to be a result of street racing.

The driver of a Honda hit the left side of a 2000 Toyota 4Runner, causing the Toyota to strike a pole on the right shoulder of the highway.

Driver Michael Fiorillo, 24, of Huntington Beach and passenger Jadelynn Kwok, 18, of El Monte were both dead on the scene, according to the coroner’s report.

The Honda driver, last seen heading eastbound on the 91 Freeway, west of Acacia Avenue, has not been apprehended.

The CHP is seeking the public’s help in locating the driver. Anyone with information about the vehicle or the collision may contact investigating Officer A. Phillipson or Public Information Officer Angelia Gonzales at (424) 551-4000.