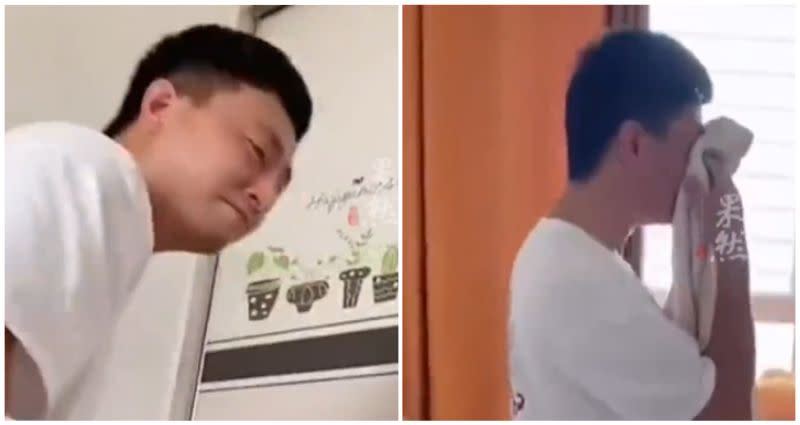 A Chinese father who reportedly tutored his son daily for a year went viral for bursting into tears after his son scored six out of 100 points on a math exam.

The child’s parents from Zhengzhou, Henan Province, received his test score on June 23. Upon learning that their son had only received six points for his final math test, the father burst into tears, as seen in a video posted to Weibo by Qilu Evening News.

“I don’t care anymore, my efforts are wasted, let him struggle by himself!” the father reportedly said.

He can be seen crying in a bedroom and wiping his eyes, while his wife can be heard laughing in the background.

More from NextShark: Racism or medical condition?: TikToker finds explanation for why he can’t open his eyes wider

The man purportedly tutored his child until midnight every day for the past year. His disappointment also stems from his son’s inconsistent test results. The child’s scores had ranged from 40-50 points to 80-90 points in previous examinations, according to his mother.

The video went viral on Weibo, with many netizens sympathizing with the father’s parenting struggles. However, others argued that the child’s score was a reflection of the father’s inability to teach math. Some viewers also suggested that the father’s late-night tutoring may have affected his son’s ability to pay attention at school.

“Teaching the child in the middle of the night every day, but the child needs a lot of rest to have a good mental state and perform well,” one commenter said. “The more stressed my daughter was when she was a child, the more unable her brain was to think, so she would be fine to let her play.”

More from NextShark: Asian comedian says he’s ‘all for’ being fetishized, women of color TikTokers respond

More from NextShark: China threatens Taiwan with ‘demise’ after Taipei lawmaker warns of missiles that can reach Beijing