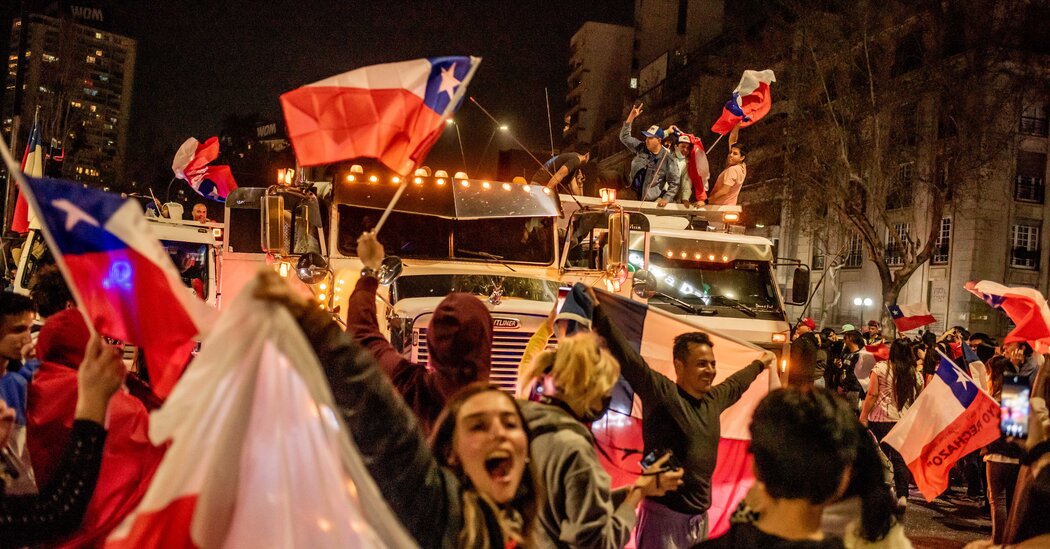 The vote on Sunday was an enormous setback for Mr. Boric, a tattooed, 36-year-old former student-protest leader who took office in March. He has quickly faced plummeting approval ratings amid rising inflation and crime. Now, instead of using a new constitution to shift the country leftward, much of his term is likely to be mired in more political fighting about the country’s constitutional future.

In total, it would have enshrined over 100 rights into Chile’s national charter, more than any other constitution in the world, including the right to housing, education, clean air, water, food, sanitation, internet access, retirement benefits, free legal advice and care “from birth to death.”

And it would have eliminated the Senate, strengthened regional governments and allowed Chilean presidents to run for a second consecutive term.

The text included commitments to fight climate change and protect Chileans’ right to choose their own identity “in all its dimensions and manifestations, including sexual characteristics, gender identities and expressions.”

The proposal’s sweeping ambition, and decidedly leftist slant, turned off many Chileans, including many who previously had voted to replace the current text. There was widespread uncertainty about its implications and cost, some of which was fueled by misleading information, including claims that it would have banned homeownership and that abortion would have been allowed in the ninth month of pregnancy.