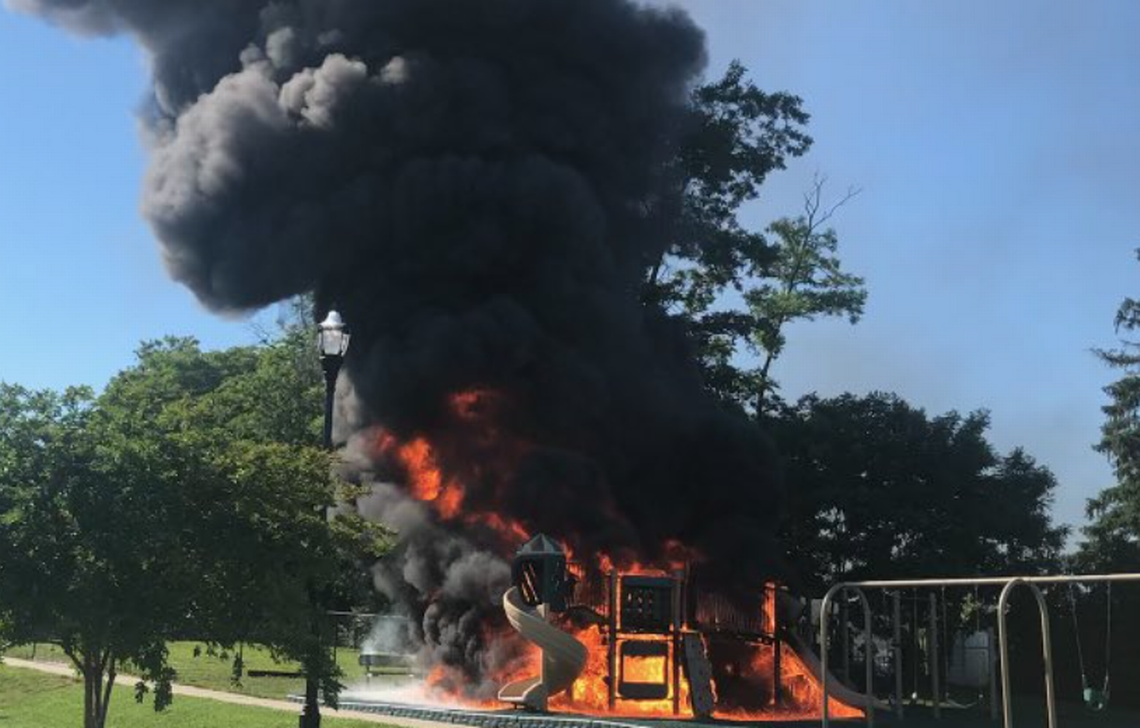 A child was arrested after an official said they ignited a massive fire that torched a playground in Maryland.

The blaze caused $75,000 worth of damage after leaving the playground equipment charred and unusable in Poolesville on June 5, according to a statement and photos shared by Montgomery County Fire & Rescue Service spokesman Pete Piringer.

Now, the child, whose age was not specified, is facing an arson charge, Piringer said. They were released to their parents’ custody following an arrest.

The child is accused of setting the fire by lighting a paper bag and a sandwich container while underneath the playground equipment, according to Piringer. The flames then spread to the playground’s rubber mulch.

Photos shared by Piringer show a thick black plume of smoke rising from the playground.

He said no injuries occurred as a result of the incident.