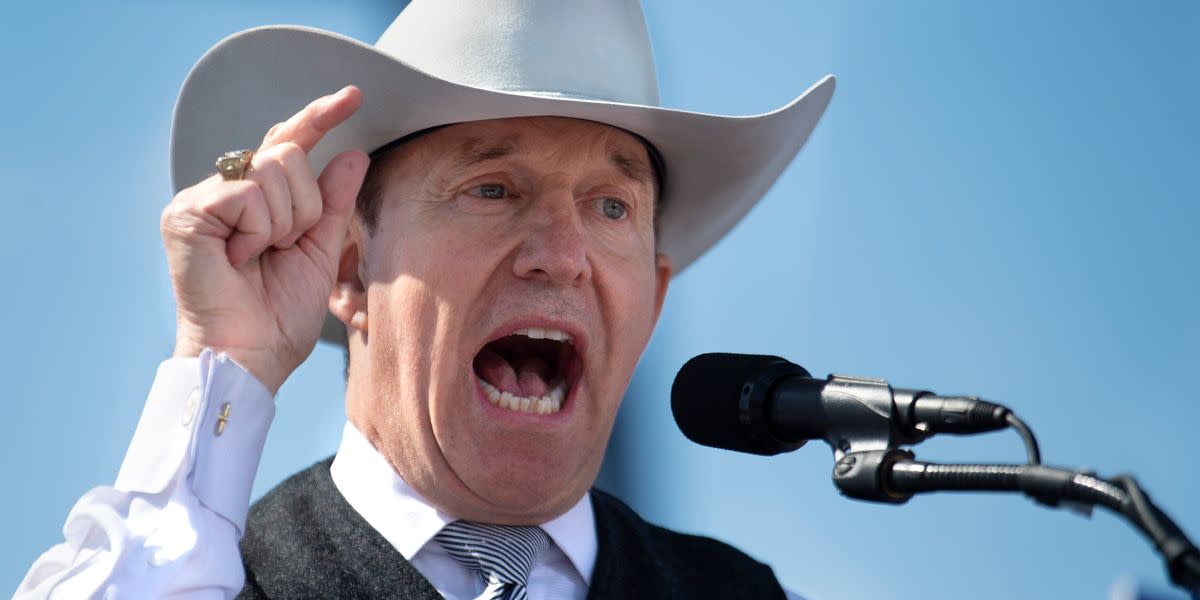 The race was largely a three-way contest between Herbster, a multimillionaire agribusiness executive; State Sen. Brett Lindstrom and Pillen.

In 2021, Pillen introduced a resolution to bar the teaching of critical race theory from the university system. The Board of Regents, however, voted it down.

Yet much of the attention on the race focused around Herbster ― both his association with Donald Trump and his controversies.

Herbster is a longtime donor and ally of the former president, and he received a boost when the Trump endorsed him late last year. Trump went to the state to campaign for him as recently as May 1 and held a tele-rally less than a week before the election.

Trump ― who himself faces accusations of rape, assault and harassment from even more women ― called Herbster a “fine man” and said “he is innocent of these despicable charges.”

“I have to defend my friends, I have to defend people that are good,” he told the crowd. “These are malicious charges to derail him long enough that the election can go by before the proper defense can be put forward.”

Eight women accused Herbster of groping them, including a state senator in his own party. State Sen. Julie Slama told the Nebraska Examiner that in 2019, she was at a GOP fundraising dinner when she walked by Herbster. According to the Examiner, “he reached up her skirt, without her consent, and touched her inappropriately.”

“For years I have struggled with an experience I had with Charles W. Herbster,” Elizabeth Todsen said. “At a political event in 2019, Herbster sexually groped me while greeting my table.”

Herbster took a page out of Trump’s playbook, denying the allegations and attacking the women who made the accusations. He even sued Slama for defamation, calling her claims “part of a greater scheme calculated to try and defeat my candidacy.”

But the accusations took their toll, and Herbster lost his momentum. All 13 women in the Nebraska state Senate ― which includes both Democrats and Republicans ― signed a letter saying that Herbster’s alleged behavior was “completely unacceptable” and that he was “unfit to serve.”

Trump won Nebraska by 19 percentage points in the 2020 election, and there hasn’t been a Democratic governor there in decades. Pillen will face Democratic state Sen. Carol Blood in November.