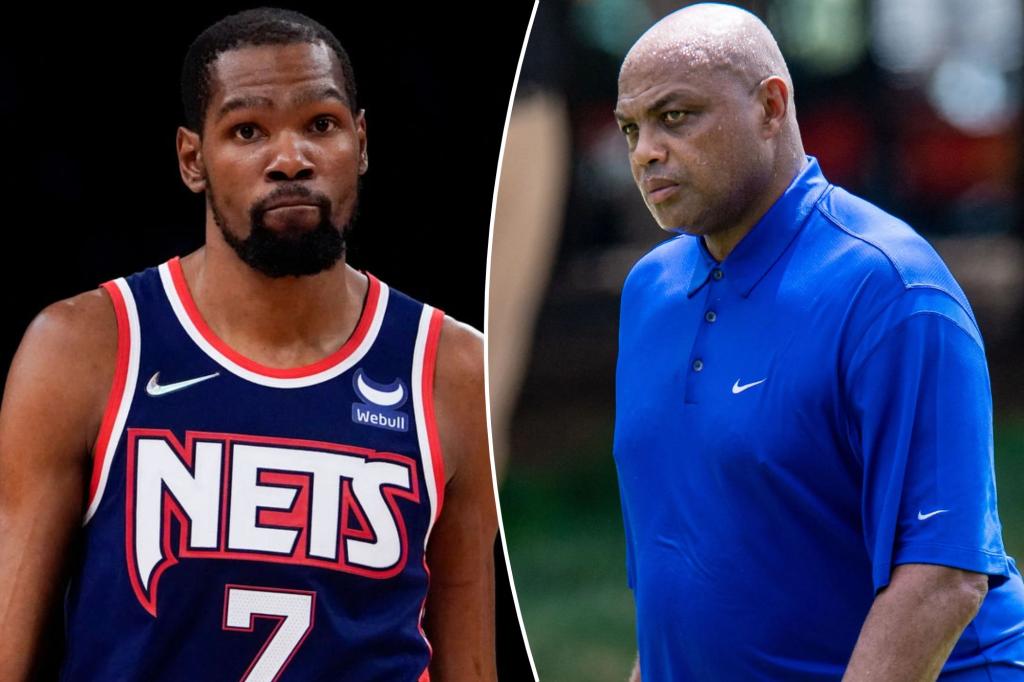 The Nets reached a truce with Kevin Durant, but if you listen to Charles Barkley, the All-Star forward is never happy.

Barkley didn’t hold back expressing his displeasure with Durant and his career during an interview Thursday on the Bickley & Marotta radio program on Arizona Sports.

Barkley said Durant is the type of person who can’t be pleased.

“He seems like a miserable person, man. I call him Mr. Miserable, he’s never going to be happy. Everybody’s given him everything on a silver platter,” Barkley said. “He was the man in Oklahoma City, they loved him, he owned the entire state. He bolts on them and wins back-to-back championships [with Golden State], and he’s still not happy. Then he goes to Brooklyn, they give him everything he wants and he’s still miserable.”

The 33-year-old Durant, who averaged 29.9 points, 7.4 rebounds and a career-high 6.4 assists per game last season, will again be paired with All-Star Kyrie Irving and Ben Simmons, and the Nets will once again be considered title contenders. After Monday’s meeting, the Nets, who are still looking for their first NBA title in franchise history, expect Durant to fulfill the four-year, $198 million extension he signed last August that kicks in this upcoming season.

But Barkley doesn’t sound convinced Durant has the qualities to lead a team to an NBA championship.

The Hall of Famer also said Durant “piggybacked” his way to two NBA titles behind Stephen Curry, Klay Thompson and Draymond Green while with the Warriors after spending his first nine seasons with the Thunder.

“If you go back and look at his career, as the best player and being the leader that all goes with that, he’s been an abject failure,” he said.