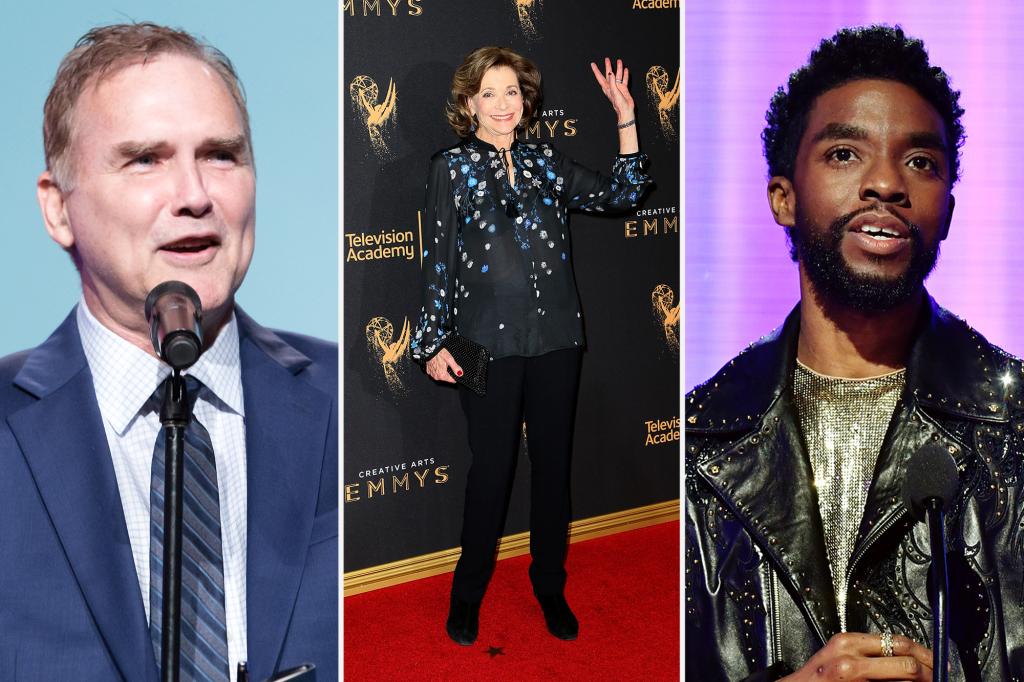 Gone too soon, but never forgotten.

Late actors Chadwick Boseman, Jessica Walter and Norm Macdonald were nominated for the 2022 Emmys, more than a year after their passing.

Boseman earned his first-ever Emmy nomination in the Outstanding Voice-Over Performance category for his reprised role as T’Challa — or, Black Panther — in Disney+’s Marvel animated series “What If…?”, which he recorded prior to his death in August 2020.

The show, which follows Marvel characters on alternate story timelines, included a dedication to “our friend, our inspiration and our hero” — a nod to Boseman, who died of colon cancer at 43.

Yet, this isn’t his first posthumous award nomination. In 2021, he was snubbed at the Oscar’s as best actor for his role in “Ma Rainey’s Black Bottom,” and also earned a Golden Globe for the same role.

Alongside Boseman, Walter received a nomination in the same category for her work in FX’s “Archer,” having recorded the episodes before she reportedly died in her sleep at 80 in March 2021. As of today, Walter’s Emmy nomination tally comes to a whopping six — including her win as the star of NBC’s 1975 “Amy Prentiss.”

As for Macdonald, he secured a nomination in the Variety Special (Pre-Recorded) category, as well as nods to his writing and directing, for his stand-up project “Nothing Special,” which aired on May 30. At the time of its release, Macdonald had already passed from leukemia at the age of 61 in September 2021.

“We want to make sure his fans see this very funny hour. He left this gift for all of us,” his producing partner Lori Jo Hoekstra said in a previous statement to the Daily Beast. “Norm worked so hard on a new hour of material and wanted it to be seen.”