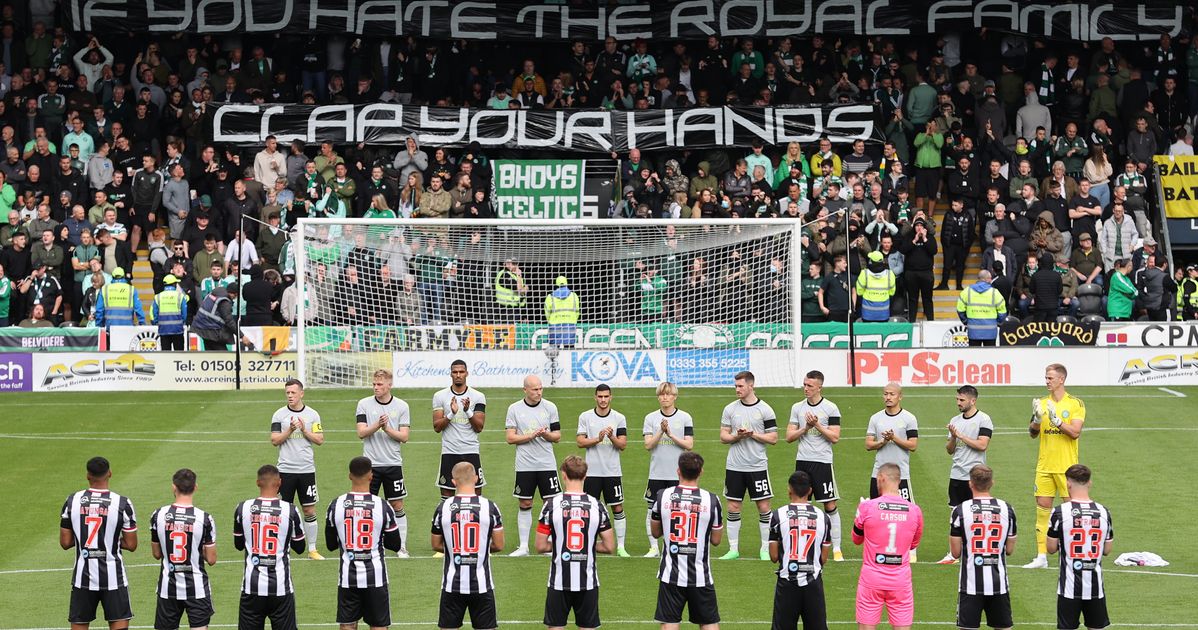 Cheeky fans of the Scottish soccer team Celtic on Sunday sang a brief song mocking the royal family when they were supposed to be applauding the late Queen Elizabeth II.

“If you hate the royal family, clap your hands,” fans sang before the team’s game in Paisley, Scotland, against St. Mirren in the Scottish Premiership. They held up a large banner saying the same thing.

A Sky TV sports commentator apologized to the TV audience for the Celtic fans, reported the Scottish Daily Express.

St. Mirren had announced that there would be a minute of applause on their home field before the match — instead of a minute of silence — to honor the queen.

Celtic players applauded — while their fans fashioned something entirely different.

On Wednesday, the fans held up a huge banner reading “fuck the crown” before a game in Poland.

That triggered an investigation by the Union of European Football Associations, which regulates the sport, The Irish Post reported. “The UEFA disciplinary bodies will decide on the matter in due course,” the organization declared in a statement.

Celtic manager Ange Postecoglou told the press Friday: “We will abide by whatever obligations and responsibilities we have as a football club. We will do that in a respectful manner. We want our supporters to do the same.”

Brit TV personality Piers Morgan bashed the “heartless Celtic fans that chose to mock & taunt a 96yr-old woman who loved Scotland so much.”

Celtic lost to St. Mirren 0-2. One soccer fan tweeted that it was payback for the queen.