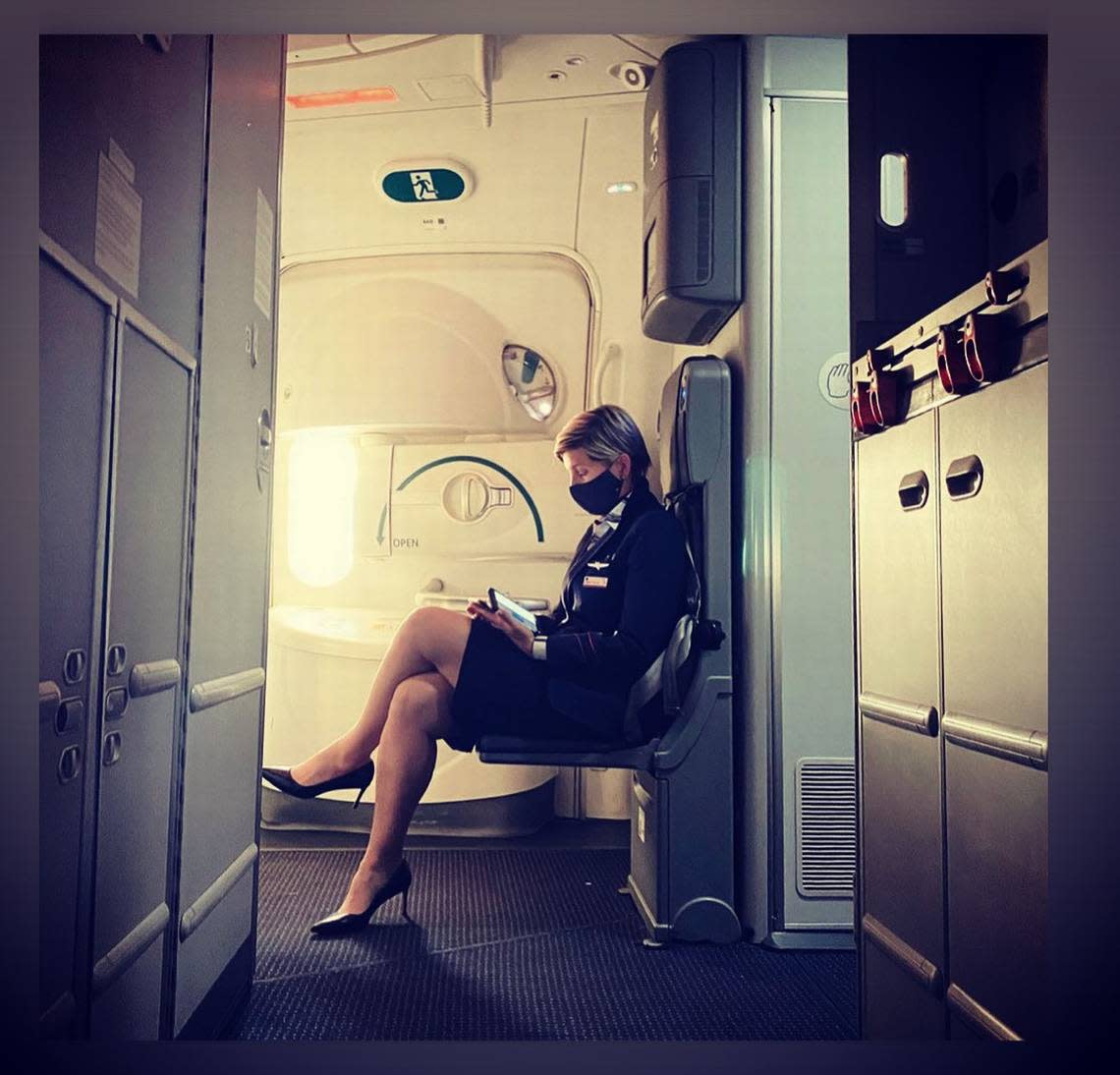 A celebrity chef said managers at American Airlines encouraged him to make sexual advances toward the flight attendant he is accused of sexually assaulting, according to testimony Wednesday at a Fort Worth civil trial.

Much of Wednesday’s testimony centered on whether managers on the trip encouraged Sargeant to go to Goesling’s room, where she says the man forced his way into her room, pushed her onto the bed and assaulted her. Sargeant testified via a pre-recorded interview. After his hour-and-a-half long testimony, former American Airlines manager Brett Hooyerink took the stand.

Sargeant, who lives in the United Kingdom, has not spoken publicly about the sexual assault accusation. He has not been criminally charged. The chef worked with Gordon Ramsay for 13 years, has made multiple TV appearances and opened a string of restaurants and bars.

American Airlines hired Sargeant as an independent contractor to work on menus for first-class and business class passengers. He joined a group of American Airlines empoyees, including Goesling and Hooyerink, on the trip to Germany to work on the menu.

In his video testimony, Sargeant said the night began at a German restaurant, where American Airlines paid for dinner. Sargeant ordered a stein of beer. He asked Goseling to take a video of him on her cell phone and to text it to him, which he said is how he came to have her phone number.

After they finished eating, the group went to the hotel bar. Sargeant says he, Hooyerink, American Airlines manager Russell Brown, Goesling and another American Airlines employee started drinking together. He described it as an “alcohol-filled evening” in which he, Hooyerink and the other employee took Jägermeister shots together. Hooyerink later disputed this and said he personally did not get drunk and did not take shots with Sargeant. In the lawsuit, Goesling said she went to up to her room to go to bed while the others continued drinking.

In his testimony, Sargeant said he did not pay for his drinks and does not know who did. According to Sargeant, he was not interested in Goesling sexually or romantically until Hooyerink “put the idea into my head.”

According to Sargeant, Hooyerink told him that Goesling was attracted to Sargeant and that she “was up for it.” Sargeant testified he decided to go to Goesling’s room, uninvited, because “I thought there was a mutual attraction, and I wanted to take it further.”

During the trial, Sargeant and Goesling’s text messages from that night were shown to the courtroom.

At 1:38 a.m., Sargeant texted Goesling and said, “my room?” In follow-up texts he again asked her to “come to my room” but indicated he wasn’t there yet — “I will let you know when I’m back.”

At 2:03, he texted her “Hey,” twice and called her multiple times. In his testimony, Sargeant said he does not remember doing this.

At 3:30 a.m., Sargeant pounded on her door. Goesling opened her door and Sargeant came inside. Sargeant said the two talked and he tried to kiss her, but she made it clear she was not interested.

According to the lawsuit, Sargeant forced himself on and sexually assaulted Goesling.

While Sargeant says he did go to her room uninvited and try to kiss Goesling, he denies he assaulted her. According to his testimony, the two had a conversation after he tried to kiss her during which she told him she was flattered but she was not interested. He said he apologized and left the room.

In his testimony, Sargeant said what happened in the hotel room was “extremely hazy” and he did not remember where he got Goesling’s room number.

Sargeant kept texting Goesling after he left her hotel room. In a text at 3:48 a.m., Sargeant texted her and said,” I’m destroyed.”

He also texted her that he wanted to engage in inappropriate sexual acts with her and said he “felt her” and “I want more.”

During court testimony, Miller asked Sargeant about the text that he “felt” Goesling. In response, Sargeant said he meant he felt an emotional connection with her, not that he physically touched her.

The next morning, Sargeant sent Goesling a series of texts in which he wrote he had too much to drink the night before and he “was acting like a drunken idiot.”

In court testimony, Goesling’s attorney asked Sargeant what he meant by that text.

“As corny as it sounds,” Sargeant said in his testimony, “I meant for resisting my charms.”

In one text to Goesling, Sargeant said: “I was encouraged. Naming no names.”

Sandra Lauro, an American Airlines investigator, testified in court Tuesday about her investigation into Goesling’s complaint. Lauro said that there was a “preponderance of evidence that (Goesling) was victim to unwelcome sexual advances” from Sargeant.

According to Lauro’s notes from her investigation, Sargeant told Lauro that he “was egged on” by American Airlines managers that night. He told Lauro did not know how he got Goesling’s room number.

During his testimony Wednesday, Sargeant said someone who worked at the hotel — not an American Airlines employee — provided him with Goesling’s number.

Hooyerink explained he was on the work trip as the manager of international menu design for the airline. He said he was offered another job in Dallas-Fort Worth in 2019 and no longer works for American Airlines.

Miller pointed out that during Hooyerink’s initial deposition — testimony that happens out of the courtroom — Hooyerink was asked if he encouraged Sargeant to pursue Goeseling. During that deposition, Hooyerink had replied, “I can’t rule it out.”

“At the time, I said I couldn’t rule it out,” Hooyerink said Wednesday “But I deny it now.”

During the trial Wednesday, Miller wrote the words, “I can’t rule it out” on a piece of paper and displayed it on a projector for the courtroom.

Hooyerink said he did believe Goesling was “very friendly with Sargeant that night” and his “perception was that she was attracted to Mark Sargeant.” But, Hooyerink reiterated Wednesday, he did not encourage him to pursue her.

Later in the night Jan. 18, Hooyerink said he also heard banging on a door out in the hallway. His hotel room was next door to Goesling’s, although Hooyerink said he did not know that at the time. Hooyerink said he heard a door open in the room next to his and heard conversation, but then he fell back to sleep.