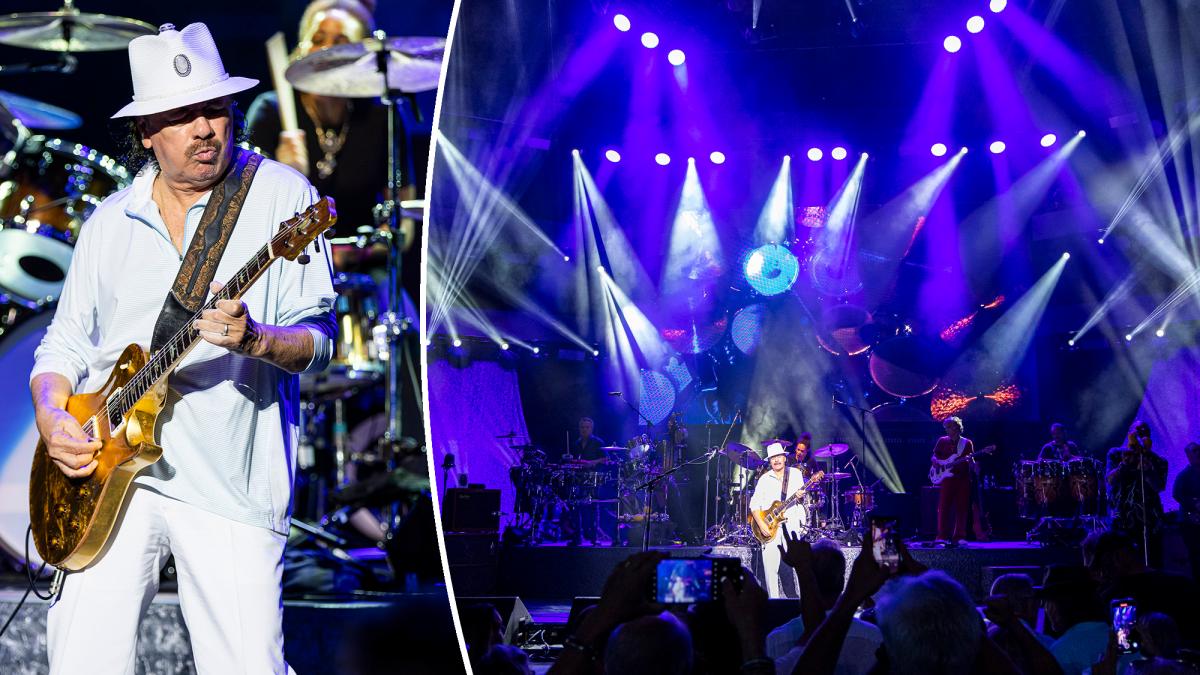 Carlos Santana is recovering after he passed out on stage Tuesday night.

The musician, 74, “was taken to the emergency department at McLaren Clarkston [in Michigan] for observation and is doing well,” his rep told People on Wednesday, noting that he was “overtaken by heat exhaustion and dehydration.”

The Grammy winner was performing at the Pine Knob Music Theatre when he collapsed. He was then wheeled away on a stretcher, waving to fans as he exited.

Santana has since postponed his upcoming show in Pennsylvania.

The guitarist set off on tour with Earth, Wind and Fire in March, making 32 stops so far.

“There have been rumors flying around here and there about this and that, so I’m here to just crystalize and make it clear,” the Santana frontman told his fans in a December 2021 Twitter video.

“Last Saturday, I had an incident where I asked my wife, Cindy [Blackman], to take me to the hospital because I had this thing happening in my chest,” he explained at the time. So when we went there, we found out that I needed to take care of it. So I am.

“I’m going to be taking time off for a little bit to make sure I replenish, and I rest and I catch up with my health so that when I play for you, I will play the way I’m used to and give you 150 percent,” Santana added.

The Mexico native concluded by saying he “wouldn’t show up” to perform “unless” he could give the audience his best.