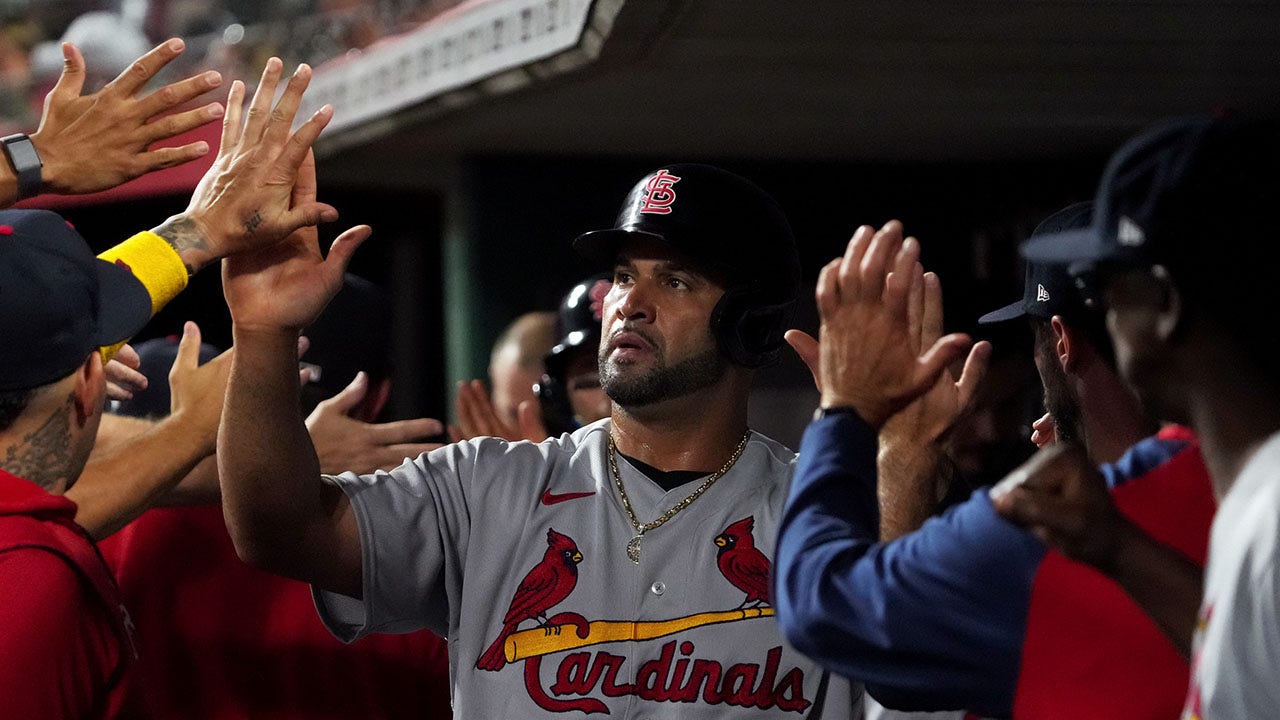 St. Louis Cardinals All-Star Albert Pujols came one home run closer to 700 on Monday night against the Cincinnati Reds, and broke a record previously held by Barry Bonds in the process.

Pujols is retiring at the end of this season, so he won’t be reaching Bonds’ MLB-best 762 career homers. However, Reds pitcher Ross Detwiler is the 450th pitcher Pujols has hit a home run off of in his career, surpassing Bonds’ record for most all-time.

Pujols would become the first player since Bonds to hit 700 or more home runs in their career. Only Hank Aaron and Babe Ruth have been able to do it before him.

Before he notches that feat, Pujols needs three homers to take sole possession of fourth place in career homers, which is currently held by Alex Rodriguez at 696.

This retirement tour for Pujols has been a joy for not just Cardinals fans, but those who have watched Pujols consistently mash baseball each year. This was his 15th homer of the season and the 42-year-old has been impressive with his .273/.346/.519 slash line as well.

Yadier Molina #4 and Albert Pujols #5 of the St. Louis Cardinals walk off the field after a presentation commemorating their final game at Wrigley Field against the Chicago Cubs on August 25, 2022 in Chicago, Illinois.
(Michael Reaves/Getty Images)

MLB named Pujols and fellow longtime veteran, Detroit Tigers’ Miguel Cabrera, honorary All-Stars this season to pay homage to two of the game’s greats and likely future Hall of Famers. Pujols also participated in the 2022 Home Run Derby where he was one home run shy of the eventual winner Juan Soto in the semifinals.

Pujols wanted to retire with the Cardinals, which is why he signed a one-year contract with the team that drafted him 13th overall in 1999.

“We are pleased and excited to have Albert return to the Cardinals for the upcoming season,” said Cardinals Chairman Bill DeWitt, Jr., in a statement back in March. “This reunion with Albert is a wonderful opportunity for not only him and the Cardinals, but also for our great fans, the St. Louis community, our players and staff, and everyone connected to the St. Louis Cardinals organization.”

Albert Pujols #5 of the St. Louis Cardinals celebrates scoring a run in the second inning against the Cincinnati Reds at Great American Ball Park on August 29, 2022 in Cincinnati, Ohio.
(Dylan Buell/Getty Images)

Currently leading the NL Central, the Cardinals are primed to make a postseason run with Pujols, who knows a thing or two about October baseball. He is a two-time World Series champion from his seasons with the Cards in 2006 and 2011. Pujols was also named the 2004 NLCS MVP.

Pujols has 33 games left before his regular season comes to a close.