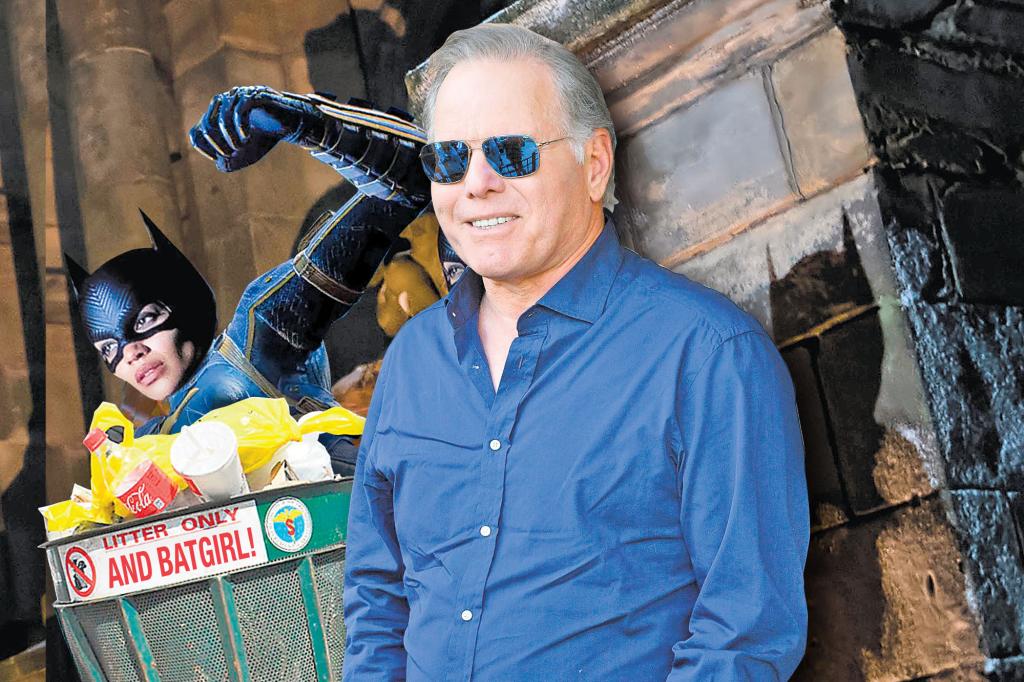 Merging is always the easy part. The companies are usually willing to join ­forces. Bankers and lawyers are incentivized to get the deal done. Plus the media loves a good M&A deal with photo ops of high-fiving CEOs and their grand plans to make history through the process of creative destruction.

But then comes the heavy lifting: Successfully combining two often very different companies with different corporate cultures and creating shareholder value. I’ve been around this business long enough to know that there’s lots of destruction in big-time M&A.

Deals crash and burn at least as much as they pan out, maybe more. And what a racket it is for Wall Street, which gets paid even when their work ultimately produces failure on a monumental scale. David Zaslav’s Warner Bros. Discovery might be the next one to fail for reasons that will soon become apparent.

Consider the once mighty GE, a conglomerate built on theories about how bigger is better. Until it became crystal clear the conglomerate wasn’t living up to its hype and needed to be broken up as shares fell to near penny-stock territory. The bankers who constructed those ugly acquisitions still haven’t spent all the fees they generated on their ill-fated dealmaking.

Then there are the travails of Citigroup. The 1998 mega-deal merged the Travelers Group investment bank and insurance giant with commercial-banking icon Citicorp. It was based on the premise that a financial colossus could make money cross-selling investments and traditional banking products to large institutions and individuals.

In retrospect: Not really. The cultures of the businesses never quite meshed. (Banking king Jamie Dimon was even ousted in the chaos.) The cross-selling “synergies,” as bankers call them, didn’t really materialize either, at least not enough to make up for all the bad stuff.

Citigroup is still with us but only because of the generosity of the federal government and the American taxpayer: It was one of the most bailed-out banks during the 2008 financial crisis.

Mother of all fiascos

Now go back in your history books and look up the AOL Time Warner merger fiasco. For my money, there is probably no greater example of the destruction of shareholder value built upon a mountain of banking fees and failed promises of synergistic coupling than this dumbo combo.

That sounded good amid the irrational exuberance of the online bubble. When the bubble popped, so did the company’s value proposition. Then came the great ­unwinding of the company’s various assets.

What was left, Time Warner — comprised of HBO, CNN, Warner Bros. Studios, TNT and Turner Sports — was defenestrated in 2016 as well.

But the telecom geeks at AT&T really never liked the entertainment types at Time Warner (and certainly didn’t understand the business). With shares getting crushed and costs rising, they turned to Wall Street once again, unloading Warner to Zaslav’s Discovery Inc. to create a new media behemoth, Warner Bros. Discovery.

The deal would finally (hopefully) capture those elusive synergies, since Zaslav knows how to make various media properties, in this case scripted and unscripted content — HBOs “Game of Thrones” and Discovery’s Food Network — work as one. Warner Bros. Discovery was also born with the size and scale to compete with Disney and Netflix in the streaming wars, shareholders were told.

Even so, with size comes lots of debt that needs to be slashed. There’s $55 billion worth sitting on Zaslav’s financial statements like a pile of bad scripts. Competition is fierce over its streaming strategy — the alleged future of programming that isn’t making as much money as insiders hope.

And yes, those synergies have been hard to find since Zas — as he’s known in media circles — formally took over the new company earlier this year. That is why his stock has been cratering. Warner Bros. Discovery last week announced a $3.41 billion second-quarter loss.

Zaslav is looking for $3 billion in post-deal savings. First to go was the CNN+ streaming service, as these pages reported. A big-budget likely flop, “Batgirl,” a woke reset of the DC superhero series, was canceled before it could lose Zas even more money than the tens of millions already spent. As I was first to report last week, he’s merging his streaming platforms HBO Max and Discovery+. Layoffs will follow.

Of course, it’s too early to put Warner Bros. Discovery in the same bucket as AOL Time Warner and the rest of the failures mentioned above. And it’s hard not to root for Zas — he’s one of the few honest guys also good at his job in this lousy business.

And who knows? Maybe his streaming business might soon pick up. Suffice to say, the company’s bankers couldn’t care less because they will make money ­either way.