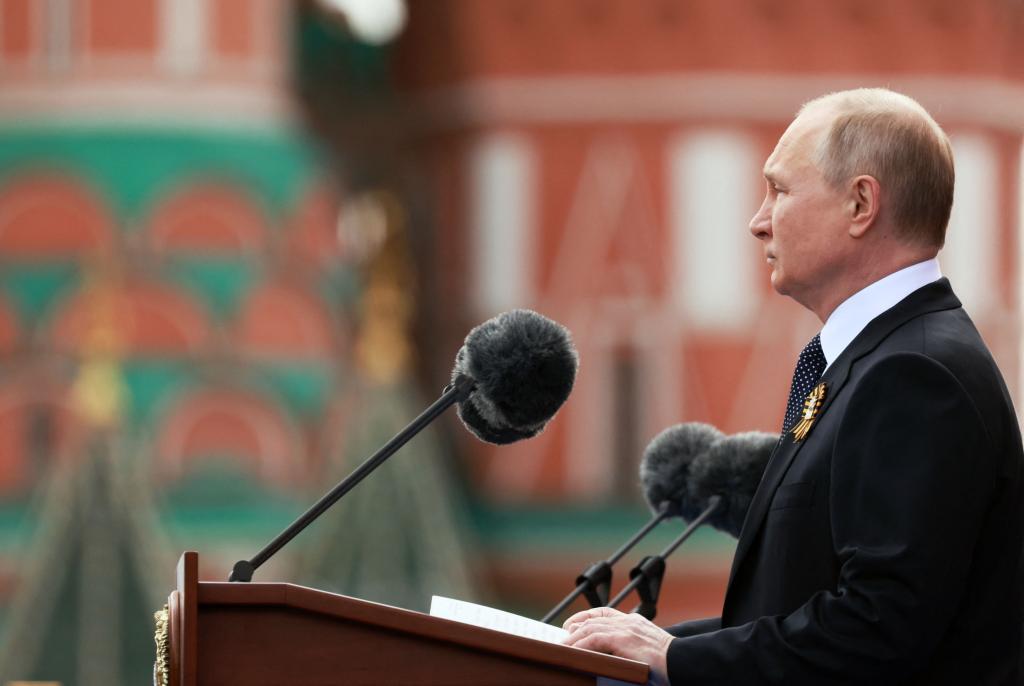 Russian President Vladimir Putin has sought to cast Moscow’s military action in Ukraine as a forced response to Western policies.

Speaking Monday at a military parade marking the World War II victory over the Nazis, Putin drew parallels between the Red Army’s fighting against the Nazi troops and the Russian forces’ action in Ukraine.

He said the campaign in Ukraine was a timely and necessary move to ward off what he described as “an absolutely unacceptable threat just next to our borders.”

“The danger was rising” he said, adding that “Russia has preemptively repulsed an aggression” in what he described as a “forced, timely and the only correct decision by a sovereign, powerful and independent country.”

The Russian leader again scolded the West for failing to heed Russian demands for security guarantees and a rollback to NATO’s expansion, arguing that it left Moscow no other choice but to launch an action in Ukraine.

Putin claimed that Russian troops were fighting for the country’s security in Ukraine and observed a minute of silence to honor the troops who fell in combat. Putin noted that some of the troops taking part in the parade have previously fought in Ukraine.