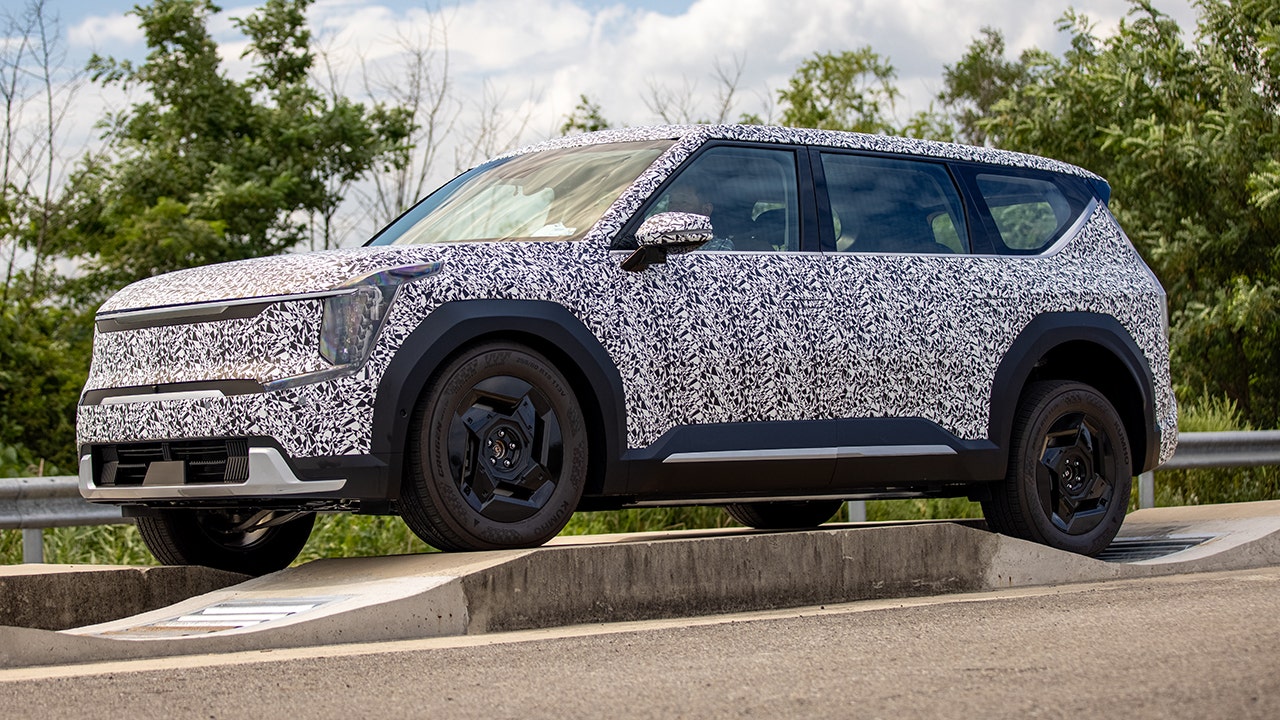 The 2022 Kia EV6 is the brand’s first purpose-built electric car. Fox News Autos Editor Gary Gastelu takes it for a spin to find out if it’s the best in the world.

Kia is putting the upcoming EV9 electric SUV through its paces.

The automaker has released images of a production-intent prototype wearing a camouflage wrap to hide its design details undergoing testing ahead of its full reveal early next year.

The EV9 will join the EV6 and Niro EV as the brand’s next all-electric offering for the 2024 model year.

The model was previously previewed by the Concept EV9 show car that was revealed at last year’s L.A. Auto Show.

The Kia EV9 will be the brand’s largest electric vehicle. This prototype features a patterned wrap designed to camouflage its details.
(Kia)

Similar in size to the popular Kia Telluride, the three-row SUV set to be the largest mainstream electric vehicle when it goes on sale.

Along with runs on a banked high speed track, the testing includes a rough terrain section, water fording and hill climb subjecting the vehicle to the “harshest possible trials.”

The Kia EV9 is scheduled to debut early next year.
(Kia)

REVIEW: THE 2023 KIA SPORTAGE HYBRID LIVES UP TO ITS HIGH PRICE HYPE

The EV9’s estimated pricing and driving range have not yet been announced.

Kia’s current electric vehicles recently lost their eligibility for the $7,500 federal electric car tax credit because they are imported from South Korea and only North American-built vehicles are eligible.

Kia has not yet announced where the EV9 will be manufactured, but its parent company Hyundai is building a new factory in Georgia for electric vehicle production that is expected to open in late 2024 or early 2025.