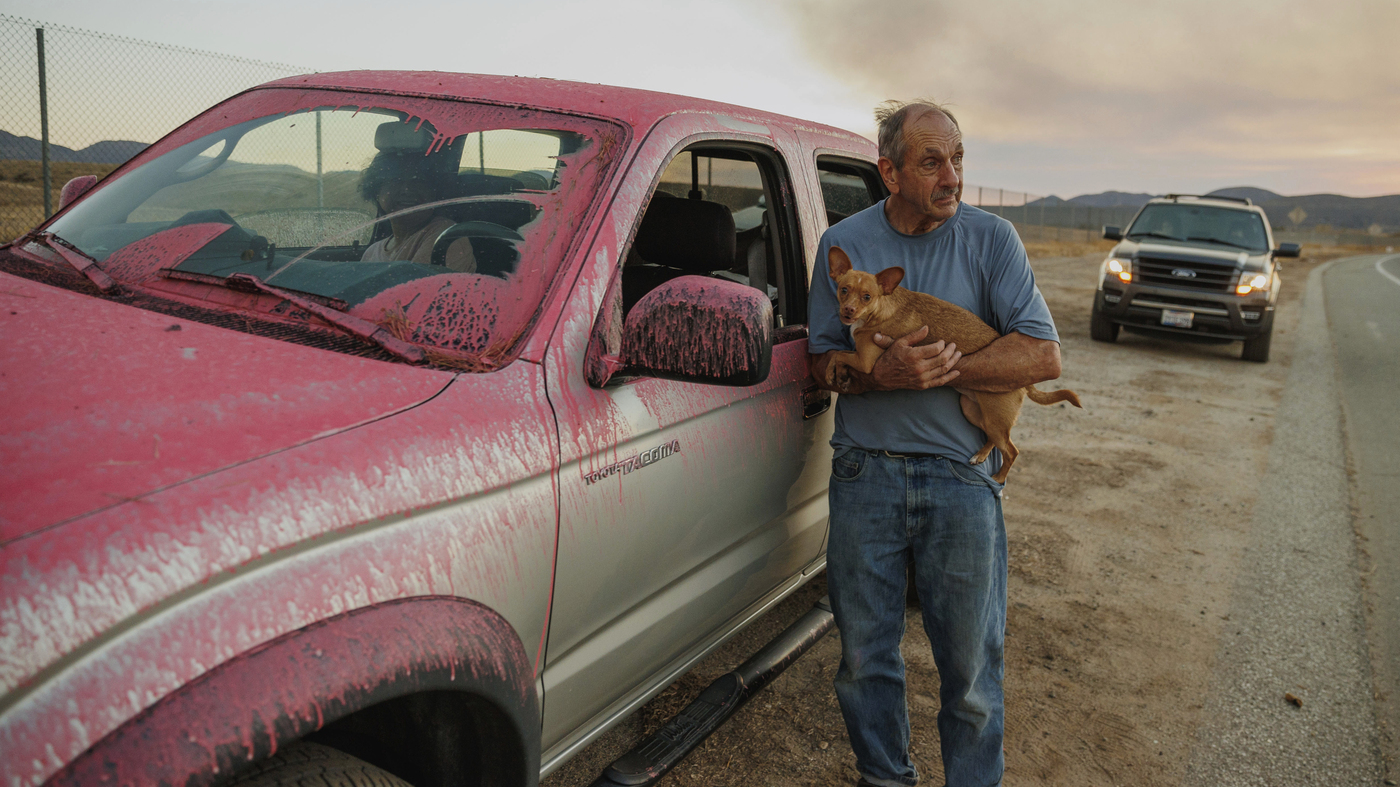 Rick Fitzpatrick holds a dog after evacuating from the Fairview Fire on Monday, Sept. 5, near Hemet, Calif.

Rick Fitzpatrick holds a dog after evacuating from the Fairview Fire on Monday, Sept. 5, near Hemet, Calif.

SACRAMENTO, Calif. — A record-setting heat wave made life miserable in much of the West on Tuesday, with California stretching into its second week of excessive heat that taxed the state’s power supply and threatened power shortages that could prompt blackouts while people were desperately trying to stay cool.

The California Independent System Operator, the entity that oversees the state’s electrical grid, said there could be “rotating power outages” Tuesday evening when demand for power could reach an all-time high.

Democratic Gov. Gavin Newsom urged residents to conserve, warning in a video message that “the risk for outages is real and it’s immediate.”

“This heat wave is on track to be both the hottest and the longest on record for the state and many parts of the West for the month of September,” Newsom said. “Everyone has to do their part to help step up for just a few more days.”

Sacramento native Debbie Chang was out walking in Capitol Park on Tuesday morning, pulling a wagon of Pop-Tarts and water to hand out to homeless people. She lives in an old house that relies on wall-mounted units that she says don’t work so well. The temperature reached 91 degrees (33 C) in her house Monday night.

“The past few years in California, it’s really rough,” she said. “I really love this state. And growing up I never imagined I’d exactly want to live outside of California, unless maybe internationally. But this is very difficult.”

In neighboring Nevada, Reno set a record of 102 degrees (39 C) on Monday while in Utah’s Salt Lake City temperatures were about 20 degrees higher than normal, hitting 105 degrees (40.5 C) on Tuesday, the hottest September day recorded going back to 1874.

Scientists say climate change has made the West warmer and drier over the last three decades and will continue to make weather more extreme and wildfires more frequent and destructive. In the last five years, California has experienced the largest and most destructive fires in state history.

Firefighters coordinate efforts at a burning property while battling the Fairview Fire on Monday, Sept. 5, near Hemet, Calif.

Though the heat wave was likely to peak in most places on Tuesday, extremely high temperatures are expected to continue for several more days.

“It is a genuinely dangerous event from a human health perspective,” said Daniel Swain, a climate scientist with the University of California, Los Angeles Institute for Environment and Sustainability

Sacramento County officials were using the air-conditioned lobbies of some of their public buildings as cooling centers for people with nowhere else to go and offering free transportation for people who could not get there. Officials even handed out motel vouchers to some homeless people through a program they normally reserve for the winter, according to county spokeswoman Janna Haynes.

In state office buildings, thermostats were being set at 85 degrees (29 C) at 5 p.m. to conserve electricity.

Sacramento native Ariana Clark said she couldn’t remember it ever being this hot for this long before. She said she turned her air conditioner off in the afternoons to conserve energy and kept her 9-month old son, Benito, cool by filling up a bucket for him to play in outside.

“As long as he’s keeping cool that’s all that matters,” Clark said.

Juliana Hinch, who moved to Sacramento from San Diego 2 1/2 years ago said she has never seen heat like this before. She said some wetlands by her house have mostly dried up, so she leaves water in her front yard “for other random animals,” including cats, squirrels and coyotes.

Hinch said she once lived in Washington state but moved away because it was too cold. Now, she said “that sounds like a good problem to have.”