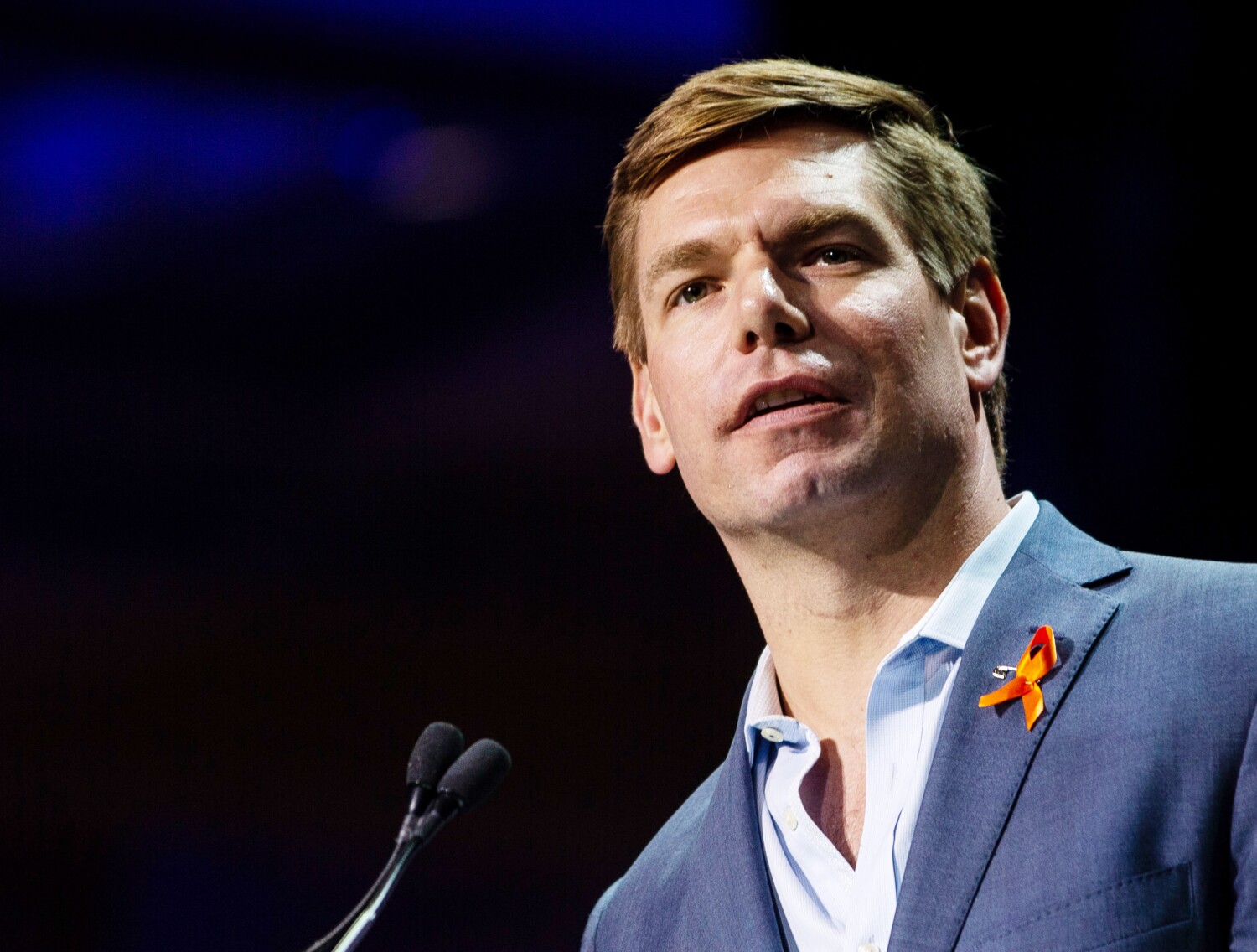 Rep. Eric Swalwell (D-Dublin) said Tuesday that a man called his office and threatened to show up with an assault rifle to kill the congressman.

The man asked a Swalwell staffer about the congressman’s location and said he wanted to speak with him, according to a message detailing the call that Swalwell posted to Twitter.

The caller, who said he was a gay man, “went on a rant regarding gay issues” and “used the F slur several times,” according to the message.

“Mentioned he has guns and wants to ‘f— him up,’” the message said.

Swalwell, an outspoken opponent of former President Trump, has publicly detailed violent threats in the past, often blaming them on Trump and his Republican Party allies, including House Minority Leader Kevin McCarthy (R-Bakersfield).

“I hesitate to share this but how else do I tell you we are in violent times, & the architects are Trump & McCarthy,” Swalwell tweeted Tuesday. “Bloodshed is coming.”

On Friday, Swalwell posted a recording of a call in which a man said the congressman would be “one of a dozen people who’s going to have your head on a stick.”

“This is Trump & McCarthy’s MAGA-GOP,” Swalwell wrote. “They don’t condemn the violence because they want the violence.”

On Aug. 15, Swalwell posted that “death threats from MAGA-world are flooding our office,” describing an incident in which a caller said he would kick down the congressman’s door and have federal agents put a gun to his head and raid his home.

“This one was made to a college intern who is working our phones,” Swalwell said.