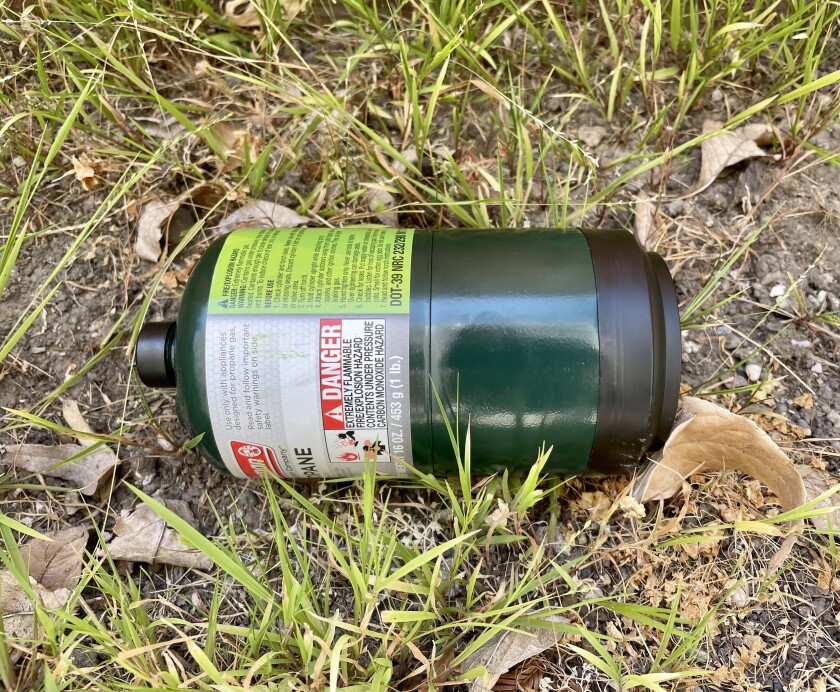 If Gov. Gavin Newsom signs the bills — and most observers think he will — a visit to the grocery, electronics or general retail store will fundamentally change for most residents.

“If any one of these bills had passed, it’d have been huge,” said Nick Lapis, director of advocacy for Californians Against Waste. “But all of these together? It’s incredible.”

One high-profile bill will affect the plastic bags in the produce and bulk bin sections of grocery stores. Starting in 2025, such bags will have to be reusable, recyclable or compostable. It comes six years after California banned single-use checkout bags from grocery and retail stores.

Another bill focuses on thermoform plastics — containers that have been molded into shape by heat. Common thermoform plastic items include clamshell containers for food, plastic trays — such as the ones that hold baked chicken — cups and lids. These items will have to contain a certain percentage — 10% by 2025 and 30% by 2030 — of recycled plastic. If they can’t meet these targets, the company that used the plastic to package the item will have to pay an annual penalty based on their shortfall.

Other bills focus on waste generated by batteries, electronics and wine and spirits bottles, the mercury found in some fluorescent bulbs and single-use propane canisters — the bane of campgrounds across the state. Sales of such disposable propane containers would be banned starting in 2028, giving a boost to refillable containers, which are becoming more widely available.

Not surprisingly, some of the bills were met with opposition. The California trade groups that represent growers of apples, strawberries and blueberries were not happy with the thermoform bill.

Along with the California Chamber of Commerce, the Plastics Industry Assn. and the American Chemistry Council, those produce organizations and other food service industry associations say the bill is unnecessary considering the sweeping plastics legislation the state passed earlier this summer.

“We now have a situation where producers are subject to two sets of regulations and two sets of fees,” a spokeswoman for the American Chemistry Council said in a statement.

Also included in the new legislation is a landmark bill that will eliminate a diversion credit municipalities now use to manage waste.

The 1989 Integrated Waste Management Act mandates that cities and towns must divert at least 50% of their waste away from landfills and into recycling, composting or some other form of reuse. It also allows them to send up to 10% of that waste to the two solid waste incinerators left in the state: Long Beach’s Southeast Resource Recovery Facility and Covanta Stanislaus, outside of Modesto.

The new bill redefines incineration as disposal — potentially reducing the appeal of this form of waste disposal for cities and towns.

“I’m really happy that the bill got through,” said Whitney Amaya, incinerator organizer for Commerce-based East Yard Communities for Environmental Justice. “It’s going to redefine incineration as disposal and bring us one step closer to a zero waste landscape.”

Amaya has lived near the Long Beach incinerator since she was 6. And although she doesn’t suffer from respiratory illnesses, like many of her neighbors, she said the pollution from the site can be unbearable.

“There are days when just breathing is difficult and hard,” she said. “You feel it when you drive with your windows down. It’s there.”

Finally, there’s a bill that focuses on waste generated by human cadavers when they are embalmed or cremated. Modeled after Washington’s human body composting law, the bill will allow California cemeteries and crematoriums to adopt more environmentally friendly practices, such as decomposition.

“I’ve always hated the thought that my final act on this world would be to either pollute the air or be pumped full of toxic chemicals and buried in a vault with a huge carbon footprint,” Lapis said. “The option to have your body composted after death gives you a final opportunity to help leave the world better than you found it.”