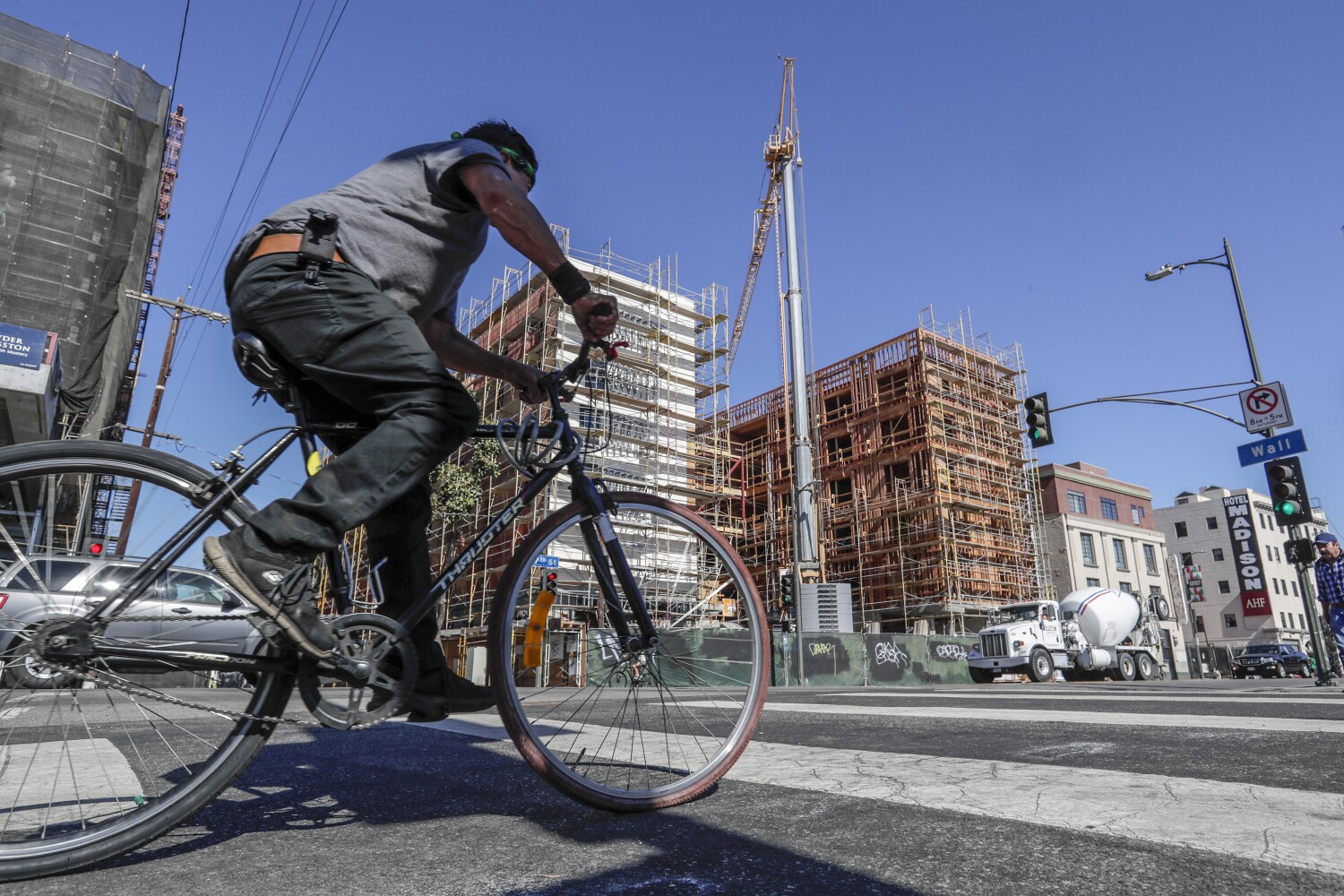 Days after they reached a rare deal between affordable housing advocates and labor unions, California lawmakers on Monday approved two significant bills that would guarantee livable wages on projects to convert underutilized commercial buildings into housing.

Senate Bill 6 and Assembly Bill 2011 represent a potentially major shift in the Capitol, where agreements between the state’s powerful labor organizations and advocates for a more robust housing supply are notoriously difficult to negotiate.

Both bills would incentivize and expedite housing construction in commercial corridors traditionally reserved for big-box stores or office buildings close to city services, a way to prevent sprawling development. The legislation now goes to Gov. Gavin Newsom for his consideration.

The Assembly’s version includes strict environmental requirements in an effort to reduce greenhouse gas emissions, and mandates that a good portion of units be reserved for low-income residents. The Senate legislation is seen as the bolder labor bill that would increase housing for moderate earners. Developers would therefore have the choice between more stringent labor standards and training criteria for workers or additional affordable requirements when planning their projects.

AB 2011, “along with its companion bill SB 6, has the potential to transform housing policy here in California,” Wicks said during a Monday debate in the Assembly.

Disagreements over the labor requirements in AB 2011 nearly jeopardized what has been considered the most substantive affordable housing proposal on the table this year. The California Conference of Carpenters supported AB 2011, while the powerhouse State Building and Construction Trades Council preferred the “skilled and trained” workforce mandate in SB 6, which usually means that laborers are unionized.

“We didn’t go into this to have one side win at the expense of another. As a result, we have a housing victory that checks off a lot of the boxes — affordability, mixed-use, transit accessibility and labor security,” Rendon said in a statement.

“We are very comfortable with the labor standards in SB 6,” said Erin Lehane, legislative director for the trades council. “And really the fact that there’s prevailing wage in both bills, because residential construction workers across the state, even those not represented by a union, are going to win. Because they are all going to finally get paid a fair wage.”

The deal more likely represents a one-time fix rather than the systemic culture change needed to make similar deals easier to make in the future, even as both measures passed the Legislature with bipartisan support. The Assembly approved AB 2011 on a final 52-3 vote and the Senate sent SB 6 to Newsom on a 34-0 vote.

Newsom has until Sept. 30 to sign or veto the bills.