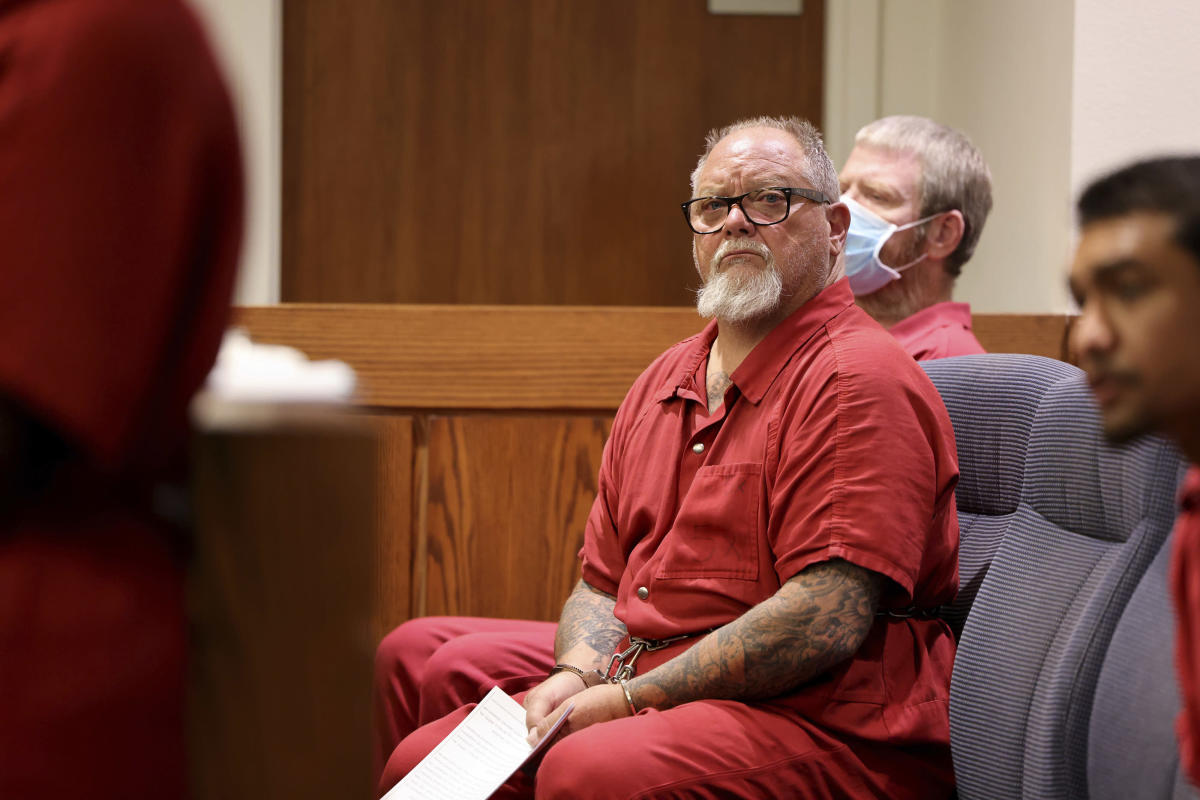 HENDERSON, Nev. (AP) — A shooting that authorities say involved rival Hells Angels and Vagos motorcycle gang members on a Las Vegas-area freeway may have been retaliation for the killing of a man several weeks ago in Southern California, a prosecutor said Thursday.

Danielle Pieper Chio, a chief deputy Clark County district attorney, revealed the possible link during the arraignment in suburban Henderson of three alleged Hells Angels members in the Memorial Day weekend shooting. Police say one is the Las Vegas chapter president and the other two were Hells Angels recruits.

Outside court, Pieper Chio cited the April 23 shooting death of James Vincent Dickson, 32, during a heavy metal concert at a bar in the California city of San Bernardino. News reports said four other people were wounded, including a member of the band that was playing at the time. Pieper Chio said Dickson was a Hells Angels member.

“The allegation is that Vagos hit a Hells Angels member (in San Bernardino),” the prosecutor said, “and that makes this possibly a retaliatory shooting.”

San Bernardino police, including detectives assigned to Dickson’s slaying, declined Thursday to comment about their investigation and the possible link between Dickson’s death and the gunfire near Las Vegas. No arrests have been reported in the San Bernardino case.

Henderson police said six Vagos members were wounded and Pieper Chio said a seventh person who showed up at a hospital with gunshot wounds attributed to the mid-day Sunday shooting was a Hells Angels member.

Pieper Chio did not say whether that man’s wounds were inflicted by Vagos members. No Vagos members have been charged with a crime in the shooting.

Richard John Devries, 66, and club recruits Russell Smith, 46, and Stephen Alo, 26, were arraigned Thursday on multiple attempted murder, conspiracy, battery and weapon charges that could get them decades in prison.

Henderson Justice of the Peace David Gibson kept bail for each man at $380,000 pending another court appearance June 14.

In court, Pieper Chio cited retaliation as a possible motive and said the Vagos members were riding motorcycles back to Las Vegas after stops at the Hoover Dam, in Arizona, and at the Southern Nevada Veterans Memorial Cemetery in Boulder City.

A person police identified as an anonymous witness provided video showing three men wearing Hells Angels attire riding up to the Vagos members before shots were fired, according to police reports.

Pieper Chio said more than a dozen shots were fired on U.S. 95 in Henderson, and stray bullets struck a nearby Church of Jesus Christ of Latter-day Saints building and a parked vehicle. Police said spent bullet casings were found strewn for more than a mile (1.6 kilometer) along the freeway.

Devries’ attorney, Richard Schonfeld, declined outside court to confirm whether his client leads the Hells Angels in Las Vegas. Schonfeld told the judge that Devries is a military veteran with no criminal record, and there was no evidence that he fired a weapon. The attorney said he intends to file documents seeking to reduce Devries’ bail to an amount he can post.

Gibson cited the stray shots and said he felt the three defendants posed a danger to the community.

“I am fearful that something is going to happen,” the judge said, noting the gunfire took place “on a freeway I take, in a neighborhood that I live.”

Henderson police on Thursday issued a public request for witnesses to the shooting to contact investigators.

Schonfeld and Pitaro have represented Hells Angels members in previous cases in Las Vegas including state and federal criminal cases stemming from a deadly casino brawl with rival Mongols motorcycle gang members at a Laughlin casino during a biker rally in April 2002.

Vagos members also have faced federal prosecution in Nevada in recent years, but the group avoided being branded as an international criminal enterprise following the killing of a rival Hells Angels leader in a 2011 casino shootout in the northern Nevada city of Sparks.