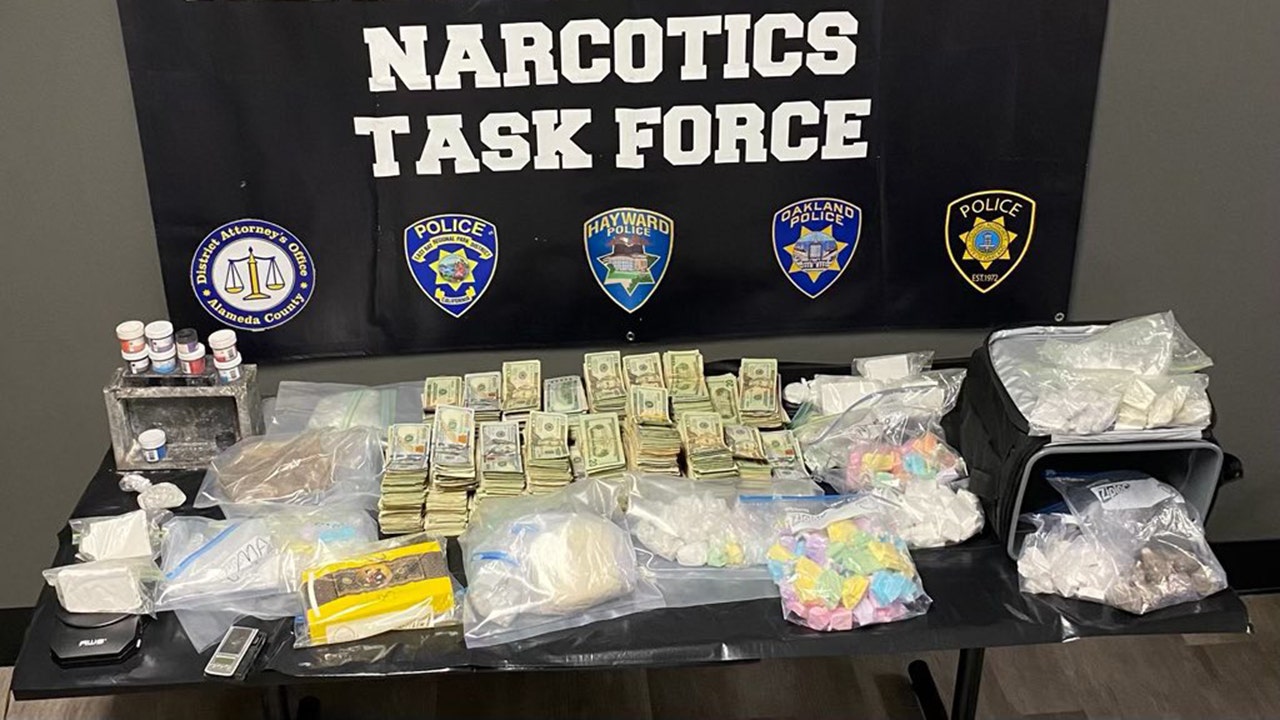 The Alameda County Sheriff’s Office seized 15 pounds of fentanyl, 2.2 pounds of heroin, and $139,000 from a drug dealer’s car outside a high school in Oakland on Tuesday.

Four suspects were arrested and they’ll face additional charges since they were within 1,000 feet of Mclymonds High School, according to the sheriff’s office.

Alameda County Sheriff Greg Ahern said that the suspects weren’t associated with the school, but were in the parking lot because “they want to blend in, they don’t want an isolated spot.”

The drug bust came on Fentanyl Awareness Day, which the Drug Enforcement Administration created to try to raise awareness about the opioid that is as much as 50 times more powerful than heroin.

It also comes about two weeks after the Alameda County Sheriff’s Office seized about 92 pounds of fentanyl in another massive operation.

Fentanyl has driven the latest phase of the opioid crisis in the United States. More than 107,000 Americans died of drug overdoses last year, and about 75% of them were caused by opioids, according to data released by the CDC on Wednesday.