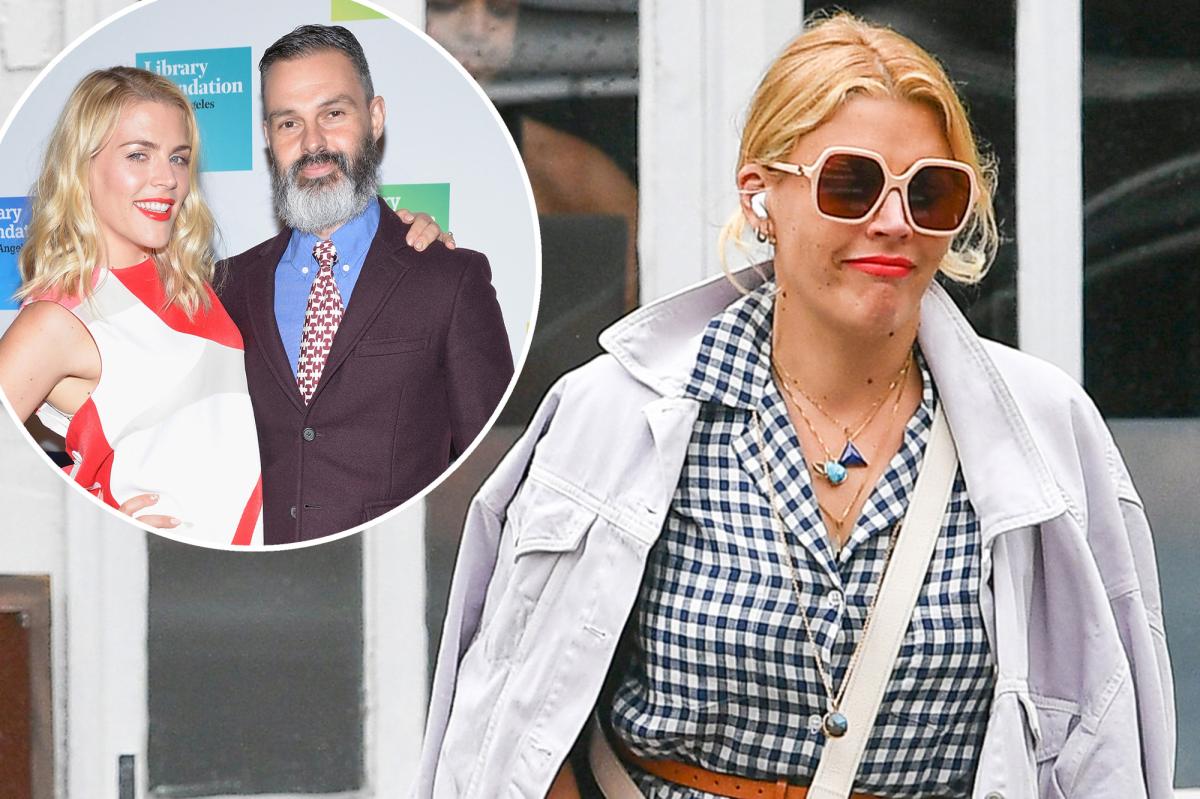 Busy Philipps was spotted out for the first time since announcing her split from husband Marc Silverstein.

The “Girls5eva” star was snapped walking her dog, Gina, in New York City over the holiday weekend just days after revealing on her podcast that her marriage was over.

The actress sported a blue and white gingham dress, sneakers and a white jacket slung over her shoulders for the stroll. She topped off her look with red lipstick, pink sunglasses and an “I heart NY” tote.

On Friday’s episode of “Busy Philipps is Doing Her Best,” the actress, 42, shared that she and husband Marc Silverman, 50, have been separated since February 2021.

“It’s been a really long time that Marc and I have been separated, and our kids know, our families know, our friends know,” she told her co-hosts.

Philipps explained that the couple decided not to reveal their separation last year.

“There’s, like, a conventional idea of what a person in the public eye is supposed to do when their relationship ends, and it’s been very well-established, right? Like, you make a statement, you’re ‘committed to remaining friends,’ ‘please respect our privacy and our family’s privacy in this time,’ right? But the truth is, like, who made that rule up, that that’s how you do it? I’m serious,” she said.

The “Freaks and Geeks” alum shared that while she and Silverstein briefly toyed with the thought of releasing a statement when they broke up, they mutually agreed against it.

Philipps has previously spoken out about rough patches the couple — who share children Birdie, 13, and Cricket, 8 — have gone through.

In her memoir, “This Will Only Hurt A Little,” Philipps confessed to having had an emotional affair with a fellow parent after Birdie’s birth. Her best friend and former Dawson’s Creek” castmate Michelle Williams talked her into working on her marriage.

In 2018, the former talk show host revealed to Parents magazine that Silverstein had a difficult time learning how to be a parent.

“He was not understanding how to be a dad and, in fact, didn’t try. I was parenting by myself,” she said at the time. “When I told him I wanted to have a second child, he said, ‘Fine, but it’s all on you.’ That was so heartbreaking.”

After the birth of their second child, Philipps says she gave her producer husband an ultimatum and he eventually became a much more present father.