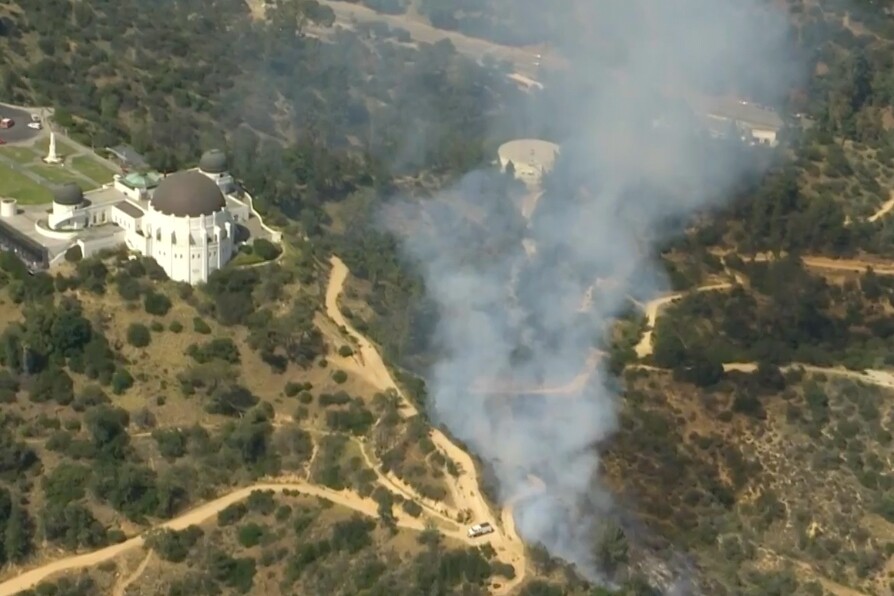 A brush fire is burning uphill near Griffith Observatory in the Los Feliz neighborhood of Los Angeles, according to authorities.

The fire was reported at 2:43 p.m. and is burning a small amount of brush and grass in the 2600 block of North Nottingham Avenue, according to Nicholas Prange with the Los Angeles Fire Department.

Smoke and flames are visible from surrounding neighborhoods and emergency crews estimate the fire is burning around 4 acres.

Firefighters were battling the fire on the ground and in the air.

The fire was near the Boy Scout Trail in Griffith Park, just south of the observatory.

Griffith Observatory and the surrounding trails in the park were being evacuated, Los Angeles City Park Rangers officials said.