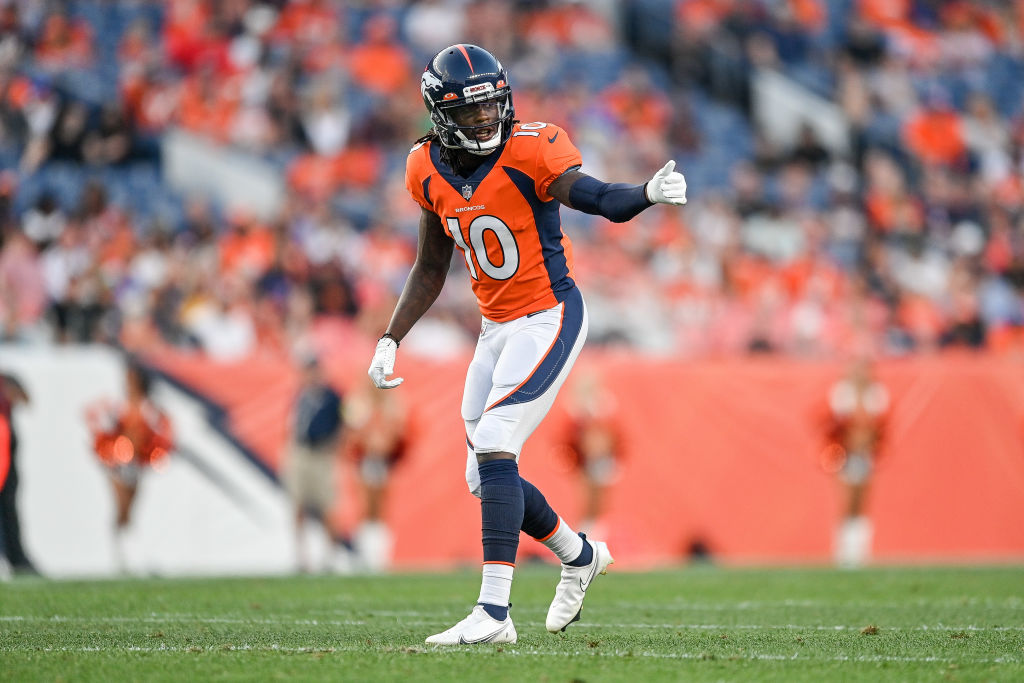 Denver Broncos wide receiver Jerry Jeudy has been arrested in Colorado, the Arapahoe County Sheriff’s Office announced in a statement on Thursday.

“Professional football player Jerry Jeudy has been arrested by Arapahoe Co. sheriff deputies,” the statement read. “He’s being held at the Arapahoe, Co. jail on charges of 2nd degree criminal tampering with a domestic violence enhancer, a misdemeanor. He’s on a no bond hold. He’s innocent until proven guilty.”

According to NFL Media, the criminal tampering charges mean he is accused of tampering with another person’s property “with intent to cause injury, inconvenience, or annoyance.”

The domestic violence enhancer refers to Jeudy’s relationship with the alleged victim.

Jeudy, 23, is entering his third season in the NFL after starring at Alabama. Last year, he appeared in 10 games for the Broncos, starting in five. A first-round pick in 2020, he has 90 career catches for 1,323 yards and three touchdowns in 26 games with Denver.