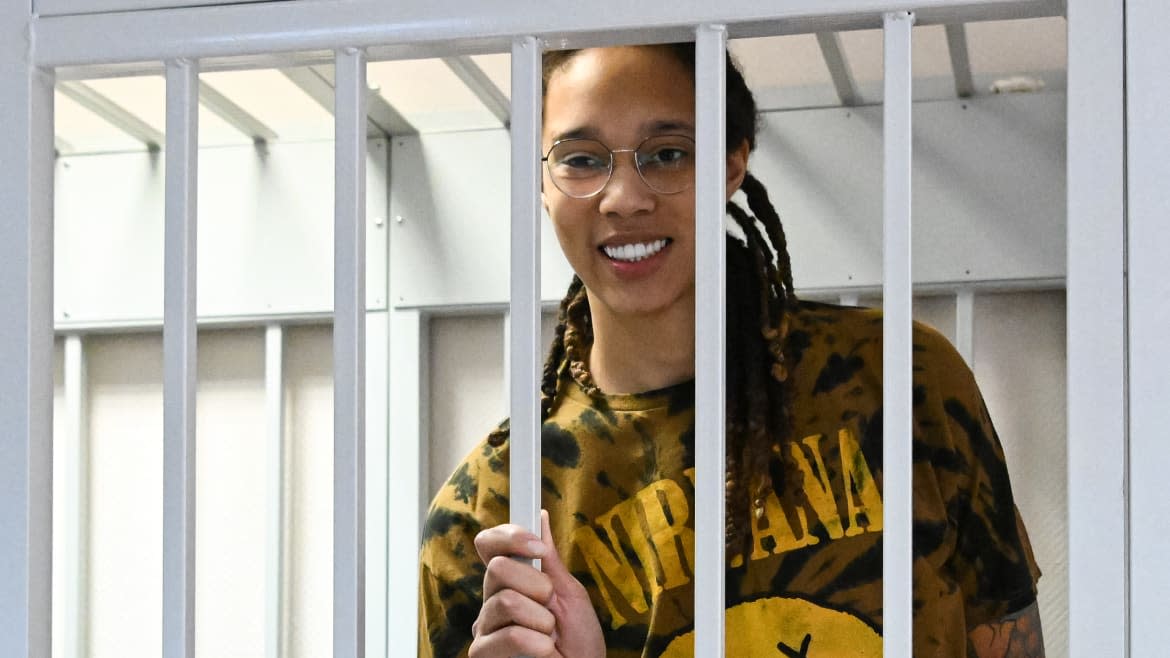 Brittney Griner’s legal team submitted a letter to a Russian court Friday that showed she had been given medical clearance to use cannabis for chronic pain, wrapping up two days of crucial hearings that focused on the detained American basketball player’s character and athletic career.

The WNBA star pleaded guilty last week to drug offenses after Russian customs officials found vape cartridges with cannabis oil in her luggage at Moscow airport in February. Griner, who was in Russia playing basketball during her off-season break from the Phoenix Mercury, has been in custody ever since, putting the Biden administration in a diplomatic bind and leaving her distraught family begging for her to be brought home.

A guilty plea does not end trial-like proceedings in Russia, the Associated Press reports, and in further hearings this week her team has presented evidence of her good character, her successful athletic career in both Russia and the U.S., and her legitimate reason to be in possession of cannabis oil.

The letter submitted to the court Friday confirmed that an attending physician in Arizona gave Griner recommendations to use medical cannabis, her lawyer Maria Blagovolina said, according to the AP.

“The permission was issued on behalf of the Arizona Department of Health,” she added.

Tests were also submitted showing that Griner met all anti-doping requirements. On Thursday, the director and team captain of UMMC Ektaerinburg, the Russian team she was playing for, also testified on her behalf.

“Today, our task was to tell the court about her as an athlete and as a person, about her role and contribution to the success of the Ekaterinburg club and Russian women’s basketball on the whole,” Maxim Ryabkov said after testifying, adding that it was the first time he’d seen Griner since her detainment.

“In the hearings yesterday and today, what became very clear is the tremendous amount of respect and admiration both in the United States and here in Russia where Miss Griner has been playing basketball for seven years, not only for her professional achievements but for her character and integrity,” U.S. Embassy Charge D’Affaires Elizabeth Rood said outside the court in Moscow.

Griner admitted to having the cartridges, but said she had no criminal intent, and had mistakenly packed them in a rush.

She faces as much as 10 years in prison; however Russian media has been speculating that officials will negotiate a prisoner swap for Viktor Bout, the so-called Merchant of Death who is serving 25 years in the U.S. for attempting to sell heavy weaponry to a terror group so it could attack U.S. forces aiding the Colombian government.

The U.S. is unlikely to see such a lopsided swap as ideal, but President Biden has little leverage after opposing Russia’s war in Ukraine. Russian officials have repeatedly warned the U.S. that a pressure campaign would be “futile.”

Griner’s next hearing is July 26 and her lawyers expect the hearings to wrap up in August.