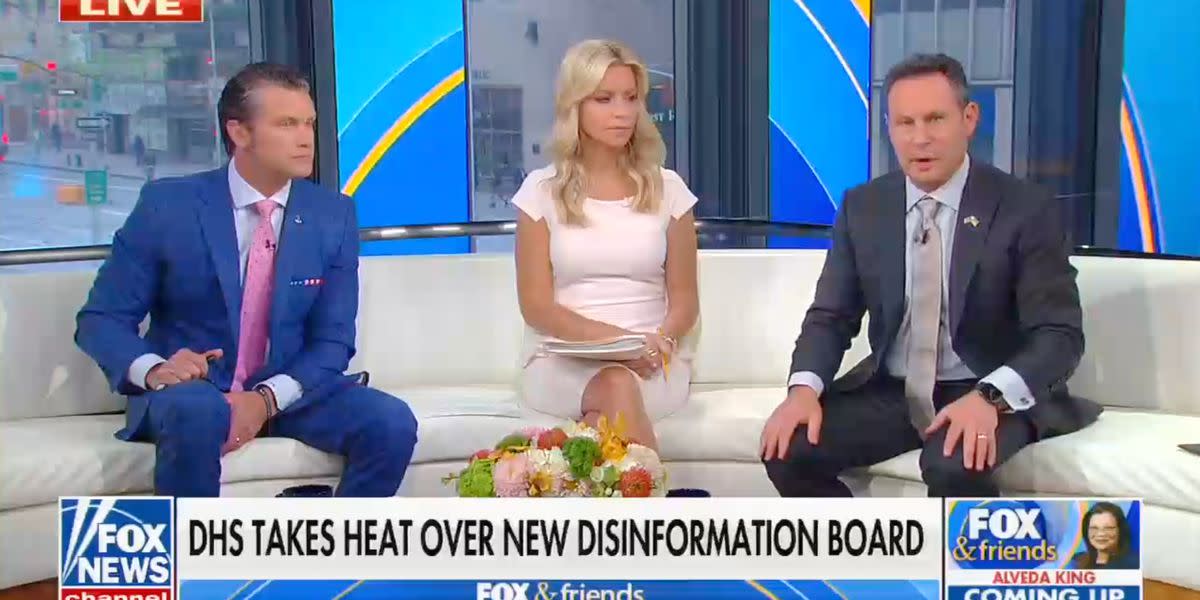 Fox News’ Brian Kilmeade said he doesn’t understand why the government would give an important job to a pregnant woman.

On “Fox & Friends” Thursday morning, Kilmeade criticized the rollout of a new advisory board in the Homeland Security Department ― the Disinformation Governance Board ― which intends to counter the spread of Russian and other disinformation.

Nina Jankowicz, a disinformation expert who has managed programs for Russia and Belarus for the National Democratic Institute for International Affairs and advised the Ukrainian government, was appointed to lead the unit.

But for some reason, Kilmeade couldn’t understand why she was appointed.

“Then, we find out who is in charge of it … Nina Jankowicz, who’s about eight-and-a-half-months pregnant, so I’m not sure how you get a job and then you just – you can’t do a job for three months,” he said.

“I’m not faulting her, but I don’t know why you would give someone a job that you think is so important.”

His co-host Ainsley Earhardt pushed back, asking, “How long has she had this job?”

“Well, I’ll defend her on that one, Brian,” Earhardt said. “She has the right to have a baby and have maternity leave.”

It is illegal to discriminate based on pregnancy for any aspect of employment, including hiring, firing, promotions and pay.

This is not the first time Kilmeade has attacked Jankowicz for getting a job while pregnant. “If you’re going to take over a brand new bureau, shouldn’t you not need maternity leave the first few weeks in?” he said last month.

Kilmeade has a history of making sexist remarks on air. In 2012, he said Fox News hires female hosts by checking the “Victoria’s Secret catalogue” and asking, “Can any of these people talk?” In 2020, referring to House Speaker Nancy Pelosi, he said: “I’m not getting into gender, but she is emotionally losing it in every public event.”