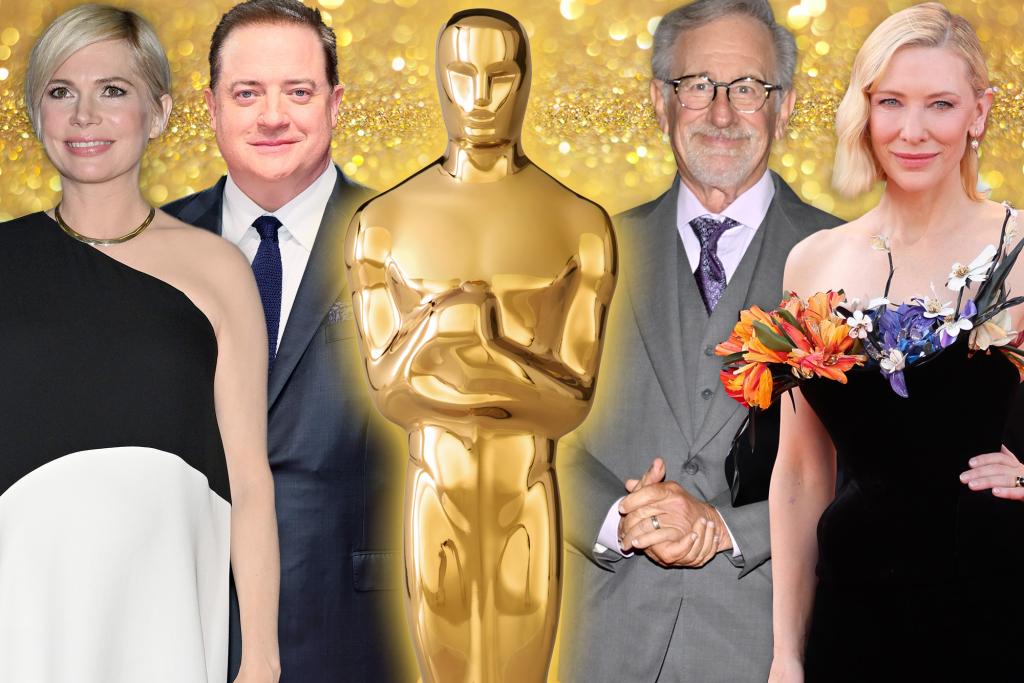 One of the greatest joys of summer film festival season is watching brilliant films’ Oscar chances skyrocket — and laughing hysterically while others’ dreams are crushed.

The Toronto International Film Festival ended Sunday, and the Venice Film Festival waved arrivederci the week before that. So, now critics and pundits have viewed just about every Oscar hopeful.

There are just two holdovers that could crash the Hollywood hootenanny: “Avatar: The Way of Water,” out Dec. 16, and “Black Panther: Wakanda Forever,” out Nov. 11 — two big-budget sequels to massively popular films that previously got Best Picture nods.

Other than Pandora and Wakanda, however, the field is pretty much set.

The flick to beat is now Steven Spielberg’s semi-autobiographical “The Fabelmans,” which won the all-important People’s Choice Award at TIFF on Sunday. Recent Best Picture winners “Nomadland” and “Green Book” also left with that big prize in the past, and it nearly always means at least a Best Picture nomination. “The Fabelmans” is exceptional, moving, funny, nostalgic and, unlike most awardsy movies these days, mainstream audiences will actually like it. Spielberg could even go home with his first Best Director Oscar since 1999’s “Saving Private Ryan.”

Still, with so much early buzz, there’s a chance that voters could grow tired of Steve by March.

His nearest competition is Martin McDonagh’s (“Three Billboards Outside Ebbing, Missouri”) hilarious “The Banshees of Inisherin,” starring Brendan Gleeson and Colin Farrell, who is doing some of his finest work. He’s sure to get a Best Actor slot; the film will be nominated for Best Picture, writing and directing for the uber-skilled McDonagh. Yet instinct tells me it’s too small to go all the way.

None made a splash in the Venetian Lagoon. A few crashed and burned.

That’s especially true (and shocking) for “Bardo,” Iñárritu’s film that many critics loathed. He won Best Director two years in a row — for “The Revenant” and “Birdman” — but this time he’s just about out of the conversation.

As for actresses, a big question is where will Michelle Williams land? Many suspect Best Supporting Actress, even though her part in “The Fabelmans” is enormous. But that’s better than facing off against Cate Blanchett in “Tar,” who’s received universal acclaim for yet another no-hold-barred, scary-eyes performance. Sam Mendes’ (“1917”) “Empire of Light” got mixed notices out of Toronto, but everybody adored the turn by Olivia Colman, who will likely receive her fourth Oscar nod. Nonetheless, this time Cate’s “The Favourite.”

And the feel-good story of the year stars in the feel-bad movie of the year — Brendan Fraser as a 600-pound, homebound gay man in Darren Aronofsy’s “The Whale.” The film itself is controversial (I loved it), but everybody agrees Fraser is extraordinary and deserving of the many accolades he will win.

Hugh Jackman, meanwhile, saw his dreams die in Florian Zeller’s “The Son,” a slog about teen depression. The Aussie was said to be the mate to beat for Best Actor, but whispers at the TIFF premiere party for “The Greatest Beer Run Ever” (another movie you won’t be seeing at the Academy Awards) the night after “The Son” debuted was that industry hotshots don’t think Wolverine’s good in it. They would be correct.

But there are still 174 days to go to the Oscars, and only one 100% guarantee — Will Smith will not be in attendance.