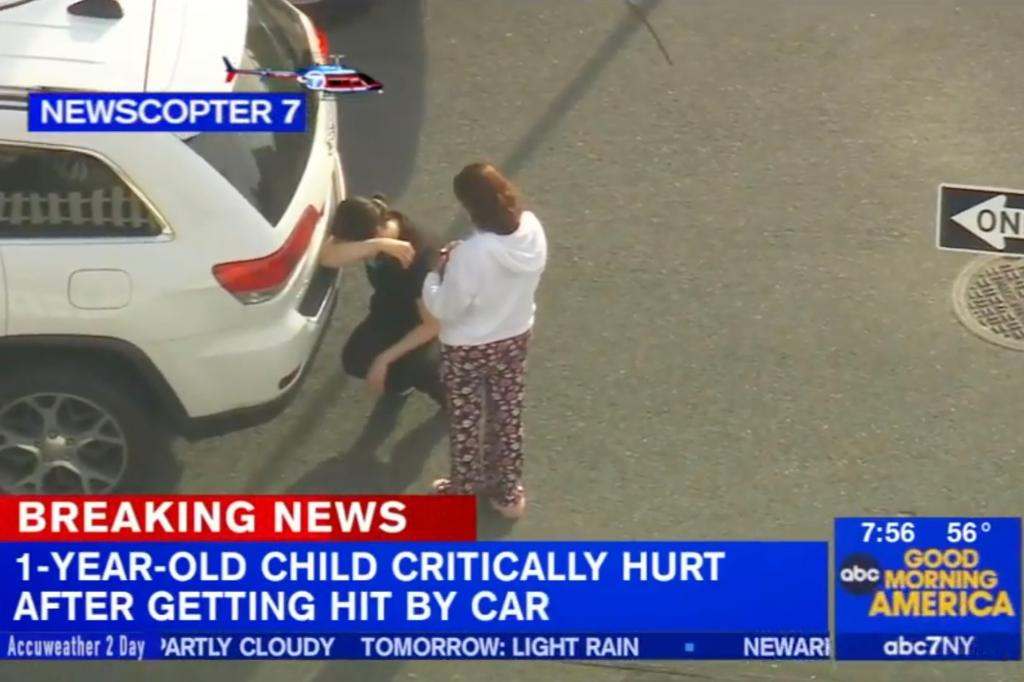 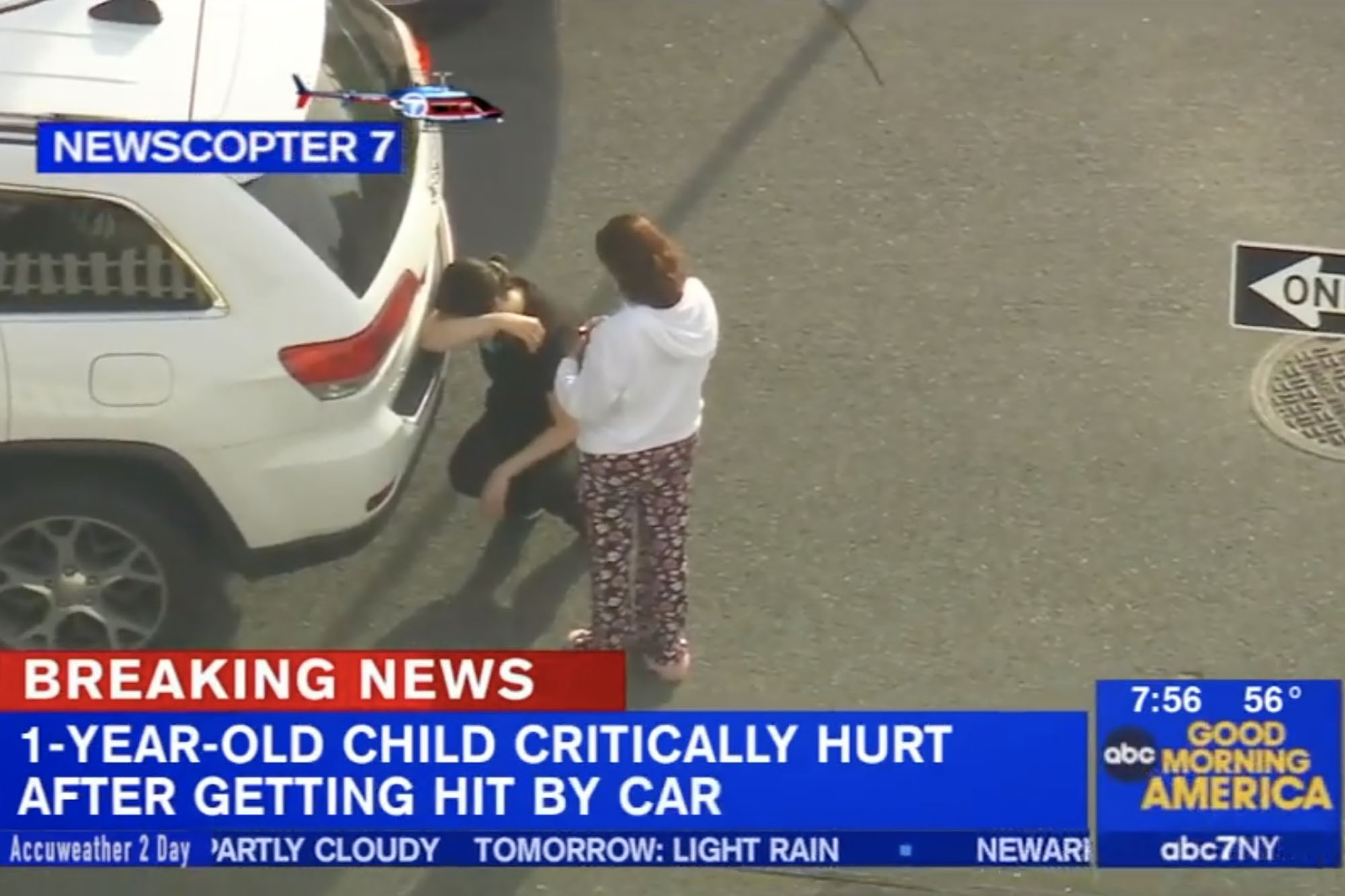 A 1-year-old boy is clinging to life after he was struck by a car while crossing a Staten Island street with his mom Thursday morning, cops said.

The tot and his mom were crossing at the corner of Scarboro Avenue and Abbott Street in Rosebank around 7 a.m. when they were struck by a white Jeep, police said.

The mother was also hospitalized, but no information was immediately known about the extent of her injuries.

The Jeep driver, a woman in her 40s, stayed at the scene.

No arrests were immediately made.