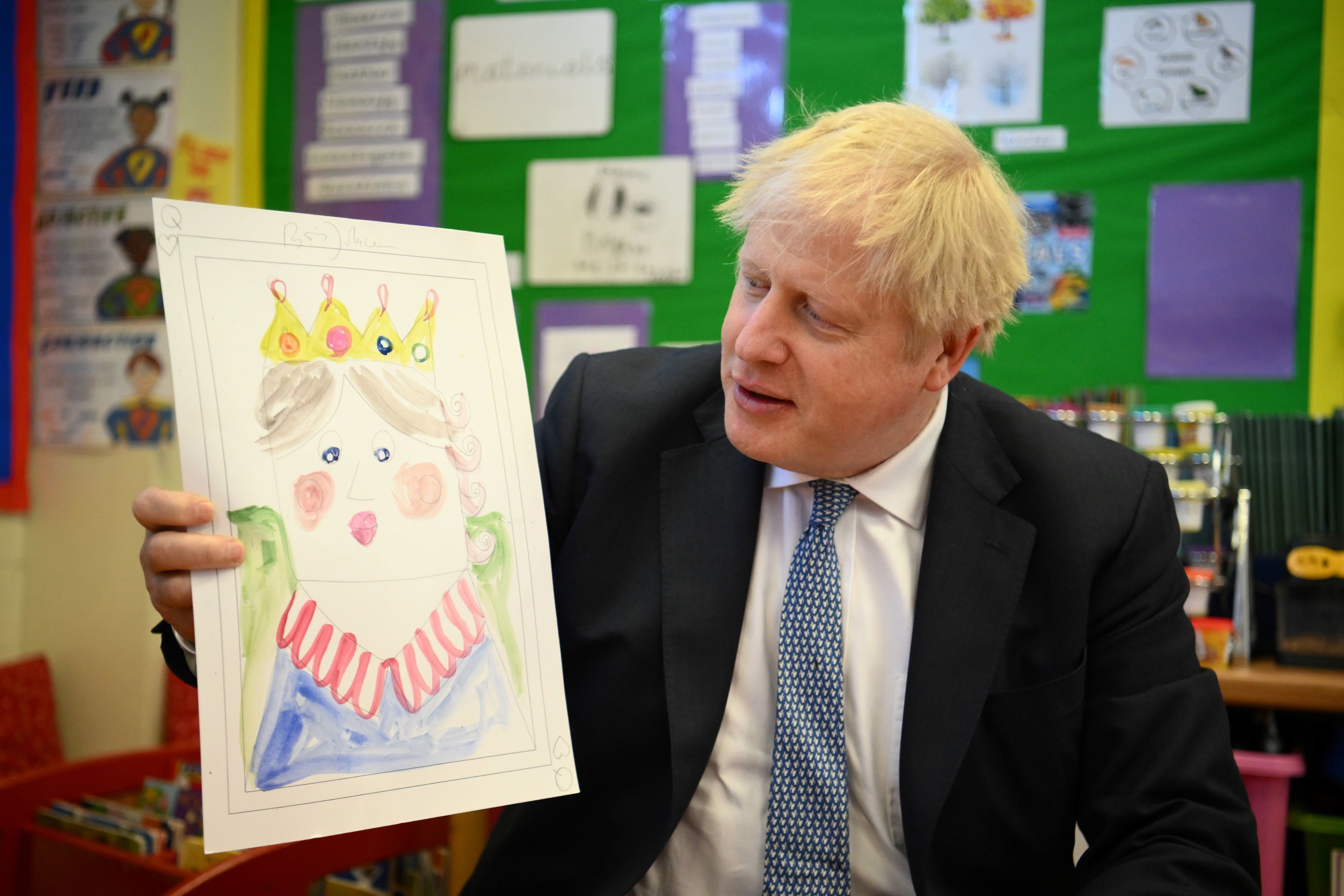 LONDON — Never mind Partygate — we’re getting on with the job.

That’ll be U.K. Prime Minister Boris Johnson’s pitch to voters Tuesday as he tries to convince them — and his restive MPs — that he’s more interested in governing than he is in torrid headlines (and police fines) for coronavirus rule-busting.

Tuesday’s queen’s speech — the official name for the unveiling of the U.K. government’s new legislative program — gives Johnson a chance to hammer this point home with a raft of bills that he hopes will shift his electoral fortunes and turn a page on the saga.

Yet, as Johnson enters the tail end of his first term in office, the clock is ticking, and not everyone’s convinced he can make good on the big promises he’s already made to voters, never mind a bunch of new ones.

Some believe he’s just trying to make it through the next few months in one piece.

This year’s queen’s speech, normally an occasion heavy on pomp and ceremony, will have one major difference: Queen Elizabeth herself won’t be there. Citing health concerns, Buckingham Palace confirmed Monday night that her son Prince Charles will take her place instead.

Yet there’ll be plenty of familiarity too. Prime ministers of all political stripes have long used the new session to send a clear signal to voters about what they think matters, and Johnson is no different.

Political aides say David Canzini, the strategist brought in to sharpen up the 10 Downing Street operation amid the partygate scandal, has pushed for the new agenda to focus on the most voter-friendly legislation. In that vein, a raft of “Brexit opportunities” laws aimed at selling the upsides of leaving the EU is expected.

Watch too for what’s been left out. Johnson’s administration already appears to have gone cold on long-promised bans on foie gras and fur imports, and ruled out a ban on conversion therapy for transgender children. “Forgive me for being Conservative but I don’t think the Conservative Party is into banning things for the sake of it,” one minister said of the ditched animal welfare plans.

Canzini has meanwhile got one eye on a crucial audience closer to home: Johnson’s own MPs.

One ex-aide, who has seen the strategist at work, believes the messages in the queen’s speech will be more about “saving Boris” than actually winning an election. “What they want to do is say to Conservative MPs: ‘We are in an election campaign now — like it or not, you would be crazy to change leader,’” the former aide said.

Conservative MPs — who ultimately have the power to topple Johnson before an election — are still mulling his future after he was fined by police for attending a rule-breaking party at the height of the COVID-19 pandemic. While the immediate threat to Johnson’s position appears to have receded — and Labour rival Keir Starmer now has his own coronavirus rules headache to contend with — things could quickly get worse for Johnson if more fines head his way or if a looming official report into the partygate saga is damning.

It is, therefore, in Downing Street’s interest to get MPs feeling a little spooked with some campaign-style messaging. “It’s natural towards the turn of this year and next year to think about an election, but they will ramp up the talk really hard because it is good for Boris,” the same ex-aide said of No. 10’s strategy. “If you stand back, it is bullshit. There are still two years to go.”

Henry Hill, deputy editor of the grassroots Tory website ConservativeHome, echoed that sentiment. “Boris’s team are aware that there is a time limit on getting rid of him. They’re trying to just get over that line, which I think they suspect is this summer recess and the autumn conference.”

Yet even if Downing Street wants to make a fresh start with Tuesday’s legislative announcements, it’s facing strong headwinds, and it’s left some of the most difficult tasks it’s set itself until very late in the day.

The soaring cost of living — with energy prices in particular hitting voters hard — continues to dominate the Westminster agenda. “You can’t legislate against inflation,” the ex-aide said.

Johnson’s also facing a big backlog of existing promises, carrying over a number of bills it was unable to fit into the last session of parliament. It still needs, for example, to put into law some of its much-heralded energy strategy, announced in the wake of the Ukraine crisis and meant to help ease the cost of living.

Analysis by Emma Norris, director of research at the Institute for Government think tank, found at the end of 2021 that around half of the Conservative Party’s 2019 election manifesto had been completed — leaving around 40 of its pledges at risk.

Voters will forgive the government for focusing on the pandemic over the last couple of years, said Will Tanner, a former Downing Street aide who now runs the Onward think tank. But, he warned, they will want to see “quick progress from ministers now on some of those big domestic challenges.”

“A lot of this stuff in an ideal world would have happened a year or two ago so the government is slightly on the back foot trying to try to push things through quickly so they can really demonstrate to voters that they’ve made progress,” Tanner said.

Johnson went big in the last queen’s speech on “leveling-up” — his flagship domestic agenda which is aimed at tackling regional inequalities and improving parts of the country that have long felt neglected by Westminster.

After initial charges the agenda was vague and politically skewed, his government published a more detailed plan earlier this year, and is already promising a bill Tuesday aimed at sprucing up and revitalizing town centers.

If it comes off, that plan will be hugely welcome in some quarters. Simon Fell, one of the Conservative MPs elected in 2019 in a seat that was historically a Labour stronghold, said: “People need to see tangible change in their communities that they can point at and say, ‘the government invested in my town when no one else would.’”

However, one Tory MP for a deprived constituency warned that while leveling-up is still an absolute priority, he’s concerned a lot of projects could still be half-finished or half-hearted by the next election because of challenges with the supply of materials and rising inflation.

Hill from ConservativeHome was more skeptical still: “If you can put the name of your project on one piece of legislation and your legislation is as big as fixing the North-South divide, it shows that you really haven’t done the work. It feels a little bit like a student scrambling to get an essay in.”