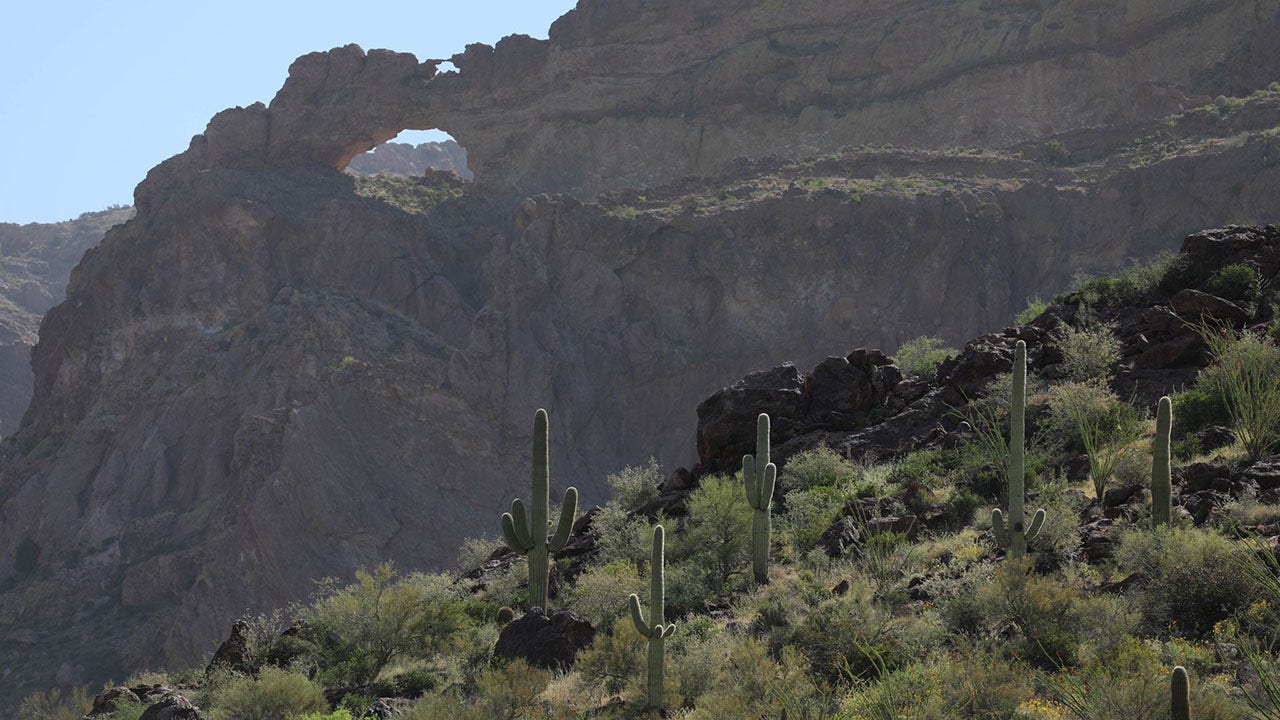 Border Patrol agents on Thursday rescued a four-month-old and 18-month-old who had been abandoned in the sweltering heat of the Arizona desert – an incident that officials used to highlight the cruelty and “heartlessness” of human smugglers.

Yesterday smugglers left an infant and a toddler in the Sonoran Desert to die,” Tucson Sector Chief Patrol Agents John Modlin said in a statement. “This is cruelty. And it is gut-wrenching.”

Modlin praised the agents for responding quickly and said that the four-month-old infant was found unresponsive when agents got to the children.

“Agents found the infant was unresponsive; thankfully, we were able to revive her and avert tragedy,” he said. “The heartlessness of smugglers cannot be underestimated.”

The rescue marks the latest horrific instance of children being abandoned at the border by human smugglers. Unaccompanied children who are rescued by Border Patrol will typically be processed into the United States into the care of Health and Human Services. From there, they will be transported across the country and united with a sponsor or parent if one is already in the country.

The practice of abandoning minors was highlighted last year when 5-year-old and 3-year-old sisters were rescued in Santa Teresa, New Mexico, after smugglers dropped them down the barrier and tossed belongings after them.

Border Patrol agents regularly rescue migrants, both adults and children, who get lost or abandoned in the perilous conditions at parts of the border. On Thursday, agents in Texas rescued two lost migrant women suffering from severe dehydration. Agents in San Diego Sector also rescued two adults, including one who was unable to walk and had been abandoned by smugglers.

It is one of the tasks facing agents, who are confronting a constant migrant flood into the U.S. There have no far been more than 2 million migrant encounters this fiscal year, already surpassing the historic 1.7 million encountered last fiscal year.

The Biden administration has sought to expand legal asylum pathways and tackle root causes like poverty, corruption and climate change in Central America. Republicans and some border officials have blamed the administration’s rolling back of Trump-era border security and interior enforcement.

The National Border Patrol Council blamed the administration for the situation involving the two abandoned children — and also said parents should face repercussions.

“Biden Admin can’t avoid blame for what they’re doing to our country & the human misery they inflict upon the people they encourage to break our laws,” the union tweeted. “Parents of infants and toddlers who leave them in the care of cartels should be prosecuted for child abuse.”