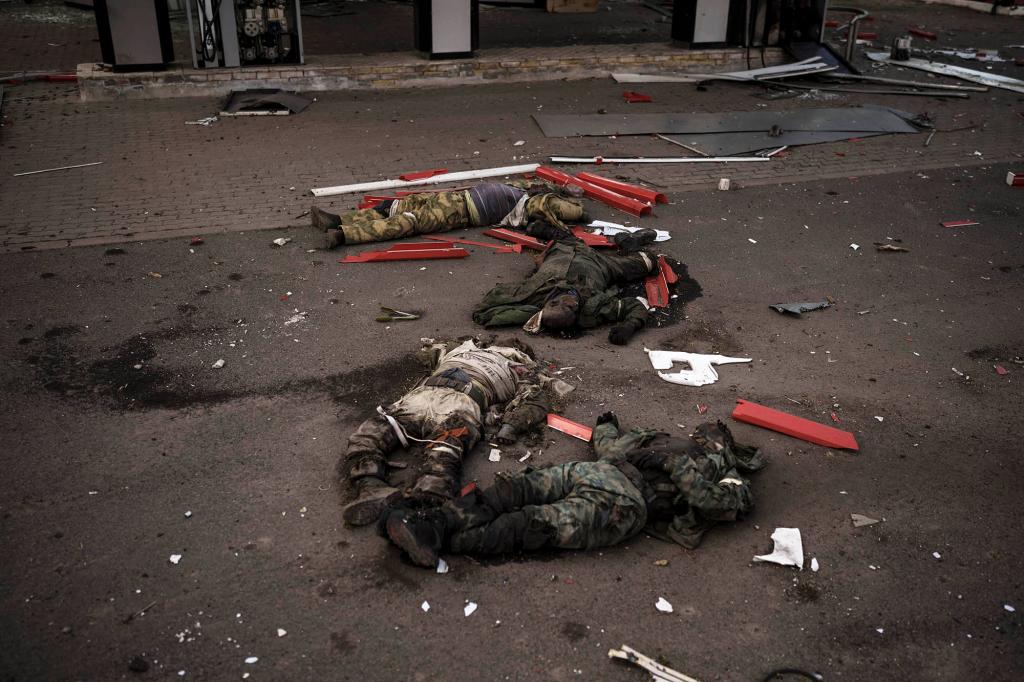 A gruesome image has emerged of the bodies of four apparent Russian soldiers arranged in a Z – a symbol of Moscow’s invasion of Ukraine.

The macabre scene was photographed Monday near a village recently retaken by Ukrainian forces on the outskirts of Kharkiv after heavy fighting over several days.

Also lying nearby was the charred body of a man propped on an anti-tank barrier. The door to an apartment also opened to three bodies inside.

The unidentified remains were all taken to a morgue later.

There was no explanation for the Z formation nor the propped burned body — a possible war crime for disrespecting the dignity of the dead.

The outskirts of Ukraine’s second-largest city have the feel of an open-air morgue, where corpses lie unclaimed and unexplained as Ukrainian and Russian forces continue fighting.

Many of Kharkiv’s 1 million residents have fled the city.

Mutilating bodies of combatants is covered by the war crime of “committing outrages upon personal dignity” under the Statute of the International Criminal Court, according to the Red Cross.

On Monday, a senior US defense official said Ukrainian forces had succeeded in pushing Russian troops farther away from Kharkiv during the previous 48 hours.

The Russians have now been pushed some 25 miles to the east of the city, farther into the Donbas region, said the official, speaking on condition of anonymity.