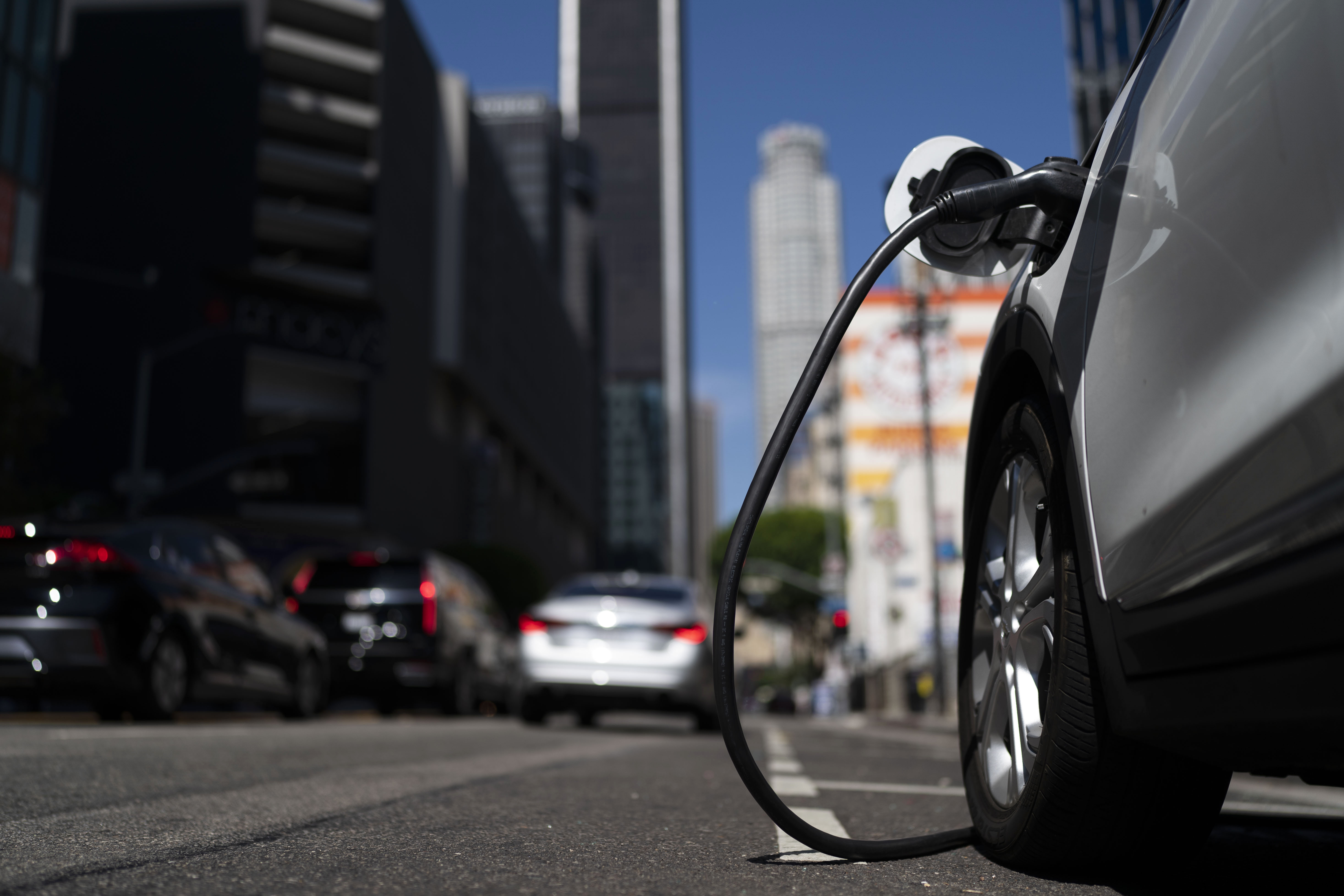 “It’s ambitious, it’s innovative, it’s the action we must take if we’re serious about leaving this planet better off for future generations,” Gov. Gavin Newsom said in a statement after the California Air Resources Board adopted the requirement. “California will continue to lead the revolution towards our zero-emission transportation future.”

The rule, which was formalized nearly two years after Newsom first announced it, will pose a significant challenge. Sales of fully electric vehicles in California, the country’s largest auto market, have made up 16 percent of the total so far in 2022. Industry experts say reaching the new goal will require fixing supply chain issues and building charging stations — and for EV prices to come down.

“Whether or not these requirements are realistic or achievable is directly linked to external factors like inflation, charging and fuel infrastructure, supply chains, labor, critical mineral availability and pricing, and the ongoing semiconductor shortage,” said John Bozzella, the president and CEO of the Alliance for Automotive Innovation.

New Jersey, New York and Massachusetts are among the 17 states that have already made it a practice of adopting California’s tailpipe emission standards, adding up to a third of the country’s auto market. Most of those states are now expected to copy the new electric vehicle requirements over the next months, with some using the rules to add teeth to existing emissions targets. Among the first could be Oregon and Vermont, where regulators have already started drafting rules similar to those endorsed by Newsom.

Automakers have long conditioned support for stronger electric vehicle mandates on state governments investing more in charging stations and other necessary infrastructure, as California has done.

Some European countries have already set sales quotas for gas-powered vehicles and are further along in converting. Growth in the U.S. has been hampered by factors that include a lack of charging stations, the price of EVs and more recently by supply chain problems that have caused shortages of lithium for batteries and microchips.

Automakers just five years ago would have had big problems with California’s ban, said Margo Oge, a former top career official in the Environmental Protection Agency’s transportation office. But a combination of continued pressure from European and Chinese authorities and industry investments have prompted a change.

“In the past, I think you would have had a lot of pushback from the car companies. I don’t expect that to be the case because many of the car companies — like GM, Ford, Volvo, Daimler, Volkswagen — they’re already there,” said Oge said, a member of Volkswagen’s International Sustainability Council.

Toyota sent a letter to California this week acknowledging the state’s ability to set the car rules, something California officials characterized as “old foes coming on board.”

Other states that have not traditionally followed California may also adopt more EV goals, Oge said, in part because of money available from the recently passed Inflation Reduction Act.

“[The] IRA is going to provide a lot of incentives to the states, for infrastructure, for manufacturing, for tax incentives,” she said. “So my hope is that other states will follow California.”

As more states adopt California’s rules, and the EV market expands, the federal government will come under increasing pressure to set similar national targets, said Elaine O’Grady, who works on auto policy for an alliance called the Northeast States for Coordinated Air Use Management.

“The more states that adopt California standards, the more likely it is that federal government standards will be closer to California,” O’Grady said.

California’s rule has some exceptions. Older gas-powered cars could still operate and be sold on the used-vehicle market. In addition, some hybrids that are powered by gas and electricity will also be allowed.

The state will require permission under the federal Clean Air Act to set the requirement of 100 percent non-gas vehicle sales, and it’s unclear how long that process will take. The Biden administration for months has been considering a separate waiver for strengthened tailpipe rules for heavy-duty trucks, with manufacturers complaining that the rule did not give them the required four-year lead time.

Such a waiver could also be vulnerable under a future Republican president opposed to the ban.

The Trump administration revoked an earlier waiver allowing California to set stronger emissions standards through 2025; litigation had only just begun when the newly arrived Biden administration hit reverse and restored the state’s authority.