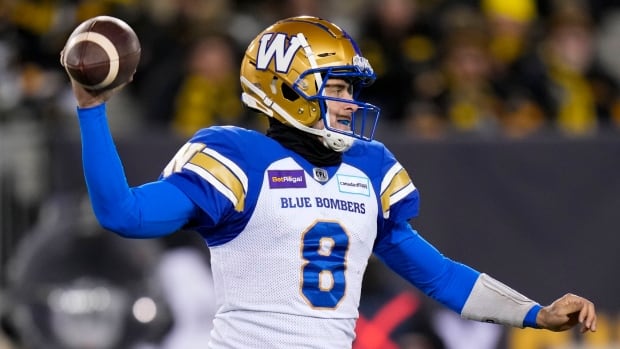 The Winnipeg Blue Bombers received their 2d straight Grey Cup title with a dramatic 33-25 time beyond regulation victory over the Hamilton Tiger-Cats in the 108th Gray Cup on Sunday at Tim Hortons Box in Hamilton, Ont.

Quarterback Zach Collaros attached with receiver Darvin Adams for a 13-backyard landing on Winnipeg’s beginning time beyond regulation possession, and he followed it up with a -aspect conversion move to Rasheed Bailey to present the Blue Bombers a 33-25 lead.

Winnipeg has now claimed again-to-back championships for the first time due to the fact 1961-1962.