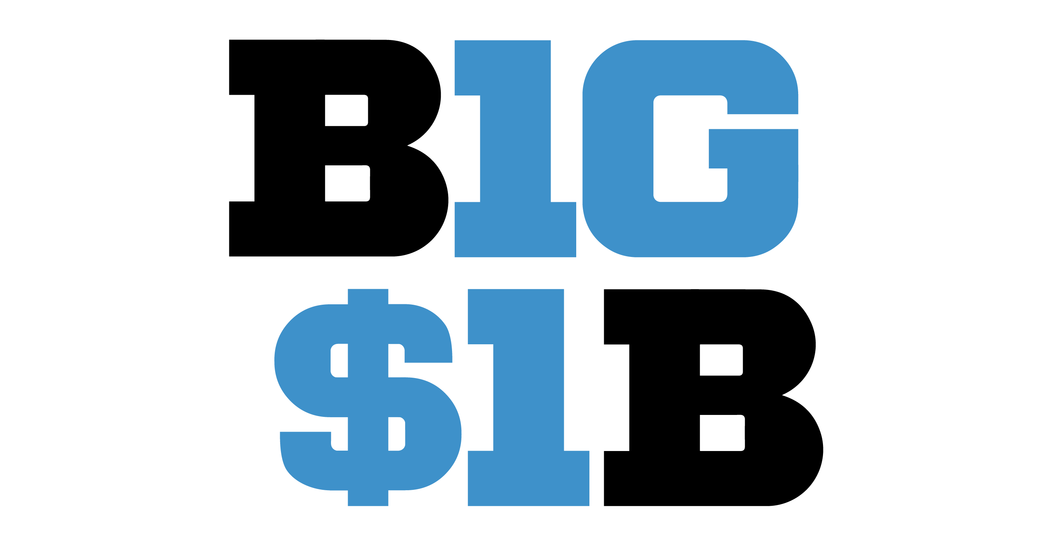 The Big Ten Conference has reached the richest-ever television agreement for a college athletic league, selling the rights to its competitions for an average of at least $1 billion a year.

The seven-year arrangement cements the Big Ten as one of the nation’s pre-eminent college sports leagues, but it promises to fuel the intensifying debate over how universities should treat athletes who are not paid salaries.

The deal, which reflects television networks’ desire to capitalize on America’s enormous appetite for sports, comes at a time of extraordinary upheaval in college athletics. The college sports industry has faced setbacks in statehouses and courtrooms, including one at the Supreme Court in 2021 that made it more vulnerable to antitrust challenges. And college sports’ diminished political influence has helped empower athletes to speak out against longstanding rules, like the ones that until last year had kept them from making money off their fame.

In turn, administrators and coaches have grown anxious as they watched their control ebb and the economic dynamics start to change.

Now the Big Ten is borrowing from a strategy that the N.F.L. has relied on to become North America’s wealthiest sports league and will split football games among multiple broadcast networks, with Fox, CBS and NBC each armed with sought-after time slots.

Beyond transforming the Big Ten into a powerhouse of football scheduling, the contract’s sheer value will give the league and its members a measure of stability in the years ahead. The conference’s expiring agreement is worth about $2.6 billion over six years; the new arrangement will take effect next July.

The Big Ten’s deal calls for Fox, the dominant shareholder in the Big Ten Network, to have many of the signature football games from a league that already includes 14 universities, including eyeball-drawing brands like Michigan, Ohio State and Penn State, and will add Southern California and U.C.L.A in 2024. Fox will also air games on the Big Ten Network and FS1.

But unlike the Southeastern Conference, which signed its rights over to Disney and its web of platforms, including ABC and ESPN, the Big Ten elected to reach agreements with broadcasters beyond Fox.

CBS, whose long relationship with the SEC is nearing its end, will ultimately fill its Saturday afternoon time slot known for matchups from Southern football havens with games from Big Ten hot spots like Nebraska and Wisconsin.

NBC will choose a Big Ten contest to broadcast, often in prime time, and broaden its college sports offerings beyond the Notre Dame home games it already airs under a separate deal directly with the university. Peacock, NBC’s streaming platform, will also show Big Ten games.

“The Big Ten will be on network television from noon on most Saturdays to 11 o’clock at night, which is unheard-of,” said Sean McManus, the chairman of CBS Sports, who added that he had been drawn to the Big Ten as “a truly national conference,” even before the planned additions of U.C.L.A. and U.S.C.

Although the Big Ten did not announce specific financial terms, four people with knowledge of the negotiations described the contracts, speaking on the condition of anonymity to discuss confidential talks.

In addition to football, the contracts cover men’s and women’s basketball and all other sports sponsored by the conference, including baseball, softball and volleyball.

Football, though, drove the negotiations. With Fox plainly positioned to remain the Big Ten’s central broadcast partner, the jockeying centered around how other media companies might split the conference’s portfolio.

“When you have multiple partners, it’s like having multiple siblings: There’s a certain amount of healthy competition,” Kevin Warren, the Big Ten commissioner, said in an interview about talks that also included Amazon, Apple, ESPN and WarnerMedia, which merged with Discovery this year.

No platform’s absence from the deal is more striking than ESPN’s: The broadcaster has been tied to the Big Ten since Ronald Reagan’s presidency, and it has outsize influence over popular perceptions of American sports. But Disney, which controls ESPN, balked at the Big Ten’s proposed terms and will instead showcase other top leagues like the SEC and the Atlantic Coast Conference.

Although universities make money from sports in myriad ways, their most important athletic revenue source is broadcasting rights. Conferences generally handle the negotiations — the National Collegiate Athletic Association is in charge for national postseason basketball — and distribute money to their member schools.

Less than 20 years ago, Big Ten schools were splitting less than $200 million in media rights money annually when adjusted for inflation, according to a database run by the Knight Commission on Intercollegiate Athletics and Syracuse University.

The surges in revenue in college sports have sparked more open discussions about whether players should receive a cut. Jim Harbaugh, the Michigan football coach, said last month that the Big Ten should consider sharing television money with athletes. The league has made no move in that direction, and, like other college sports organizers, it has resisted calls to classify athletes as employees.

The conference has also seemed unbothered by the possibility that its new windfall will invite new pressure.

Although the Big Ten entered the negotiations with ambitions of striking a record deal, its prospects were fortified this summer, when it poached U.C.L.A. and U.S.C. from the Pac-12, effective in 2024. (The Big Ten, whose footprint will soon stretch from California to New Jersey, could add even more schools, and the new contracts include mechanisms to increase their worth if the conference’s ranks grow.)

The conference will continue its reliance on Saturdays at noon Eastern time for a top-tier football game, encouraged by how the slot draws fans into the conference’s orbit sooner.

“For you to be prepared to do the noon game — whatever food you’re putting in the Crock-Pot, whatever tailgate you’re doing, wherever the kids are going, are you driving, are you getting a ride to the game — you’ve got to start making those decisions on Friday,” said Warren, who had a stint as one of college sports’ most reviled figures after the Big Ten initially canceled its 2020 football season because of the pandemic.

“The earlier that I can create an environment that we start getting into your mind earlier, the better,” added Warren, who spent decades working for N.F.L. franchises.

Although the Big Ten will make far less than the N.F.L., whose media rights are valued at more than $10 billion a year, the conference’s agreement marks the first time a college league has secured a deal that averages at least $1 billion annually.

Later this decade, the N.C.A.A.’s contract for its Division I men’s basketball tournament, a centerpiece of the March Madness spectacle, will swell to be worth about $1.1 billion a year.

More immediately, the Big Ten’s arrangement extends its jousting with the SEC for business and sports supremacy. The Big Ten appears to have a financial edge for now.

The SEC announced in 2020 that it had signed an agreement with Disney for the league’s top-shelf football games, moving them from CBS after the 2023 season and adding to a relationship already worth hundreds of millions of dollars annually. Before the SEC decided to add Oklahoma and Texas beginning in 2025, the new, if narrow, deal was worth about $300 million a year.

In an interview this summer, Greg Sankey, the SEC commissioner, said he did not regret the timing of his league’s contract for its top games. With rumors bubbling in July about CBS nearing a more costly agreement to be something less than the Big Ten’s primary partner, Sankey pointedly noted that the network “made decisions not to meet our expectations.”

“It’s a bit inexplicable, I think, but that was their decision,” Sankey added.

McManus, the CBS Sports chairman, said this week that he believed his network and Sankey’s conference had enjoyed a mutually beneficial relationship, and that he thought “a portion of their success and growth is directly tied to” the CBS broadcast window. He said he expected that the Big Ten arrangement would “pay more dividends for us than the SEC deal would have.”

On the field, though, another football season will play out before the new Big Ten contract begins. Alabama, a stalwart of the SEC, is ranked No. 1 in preseason polls. Ohio State, a pride of the Big Ten, is No. 2.