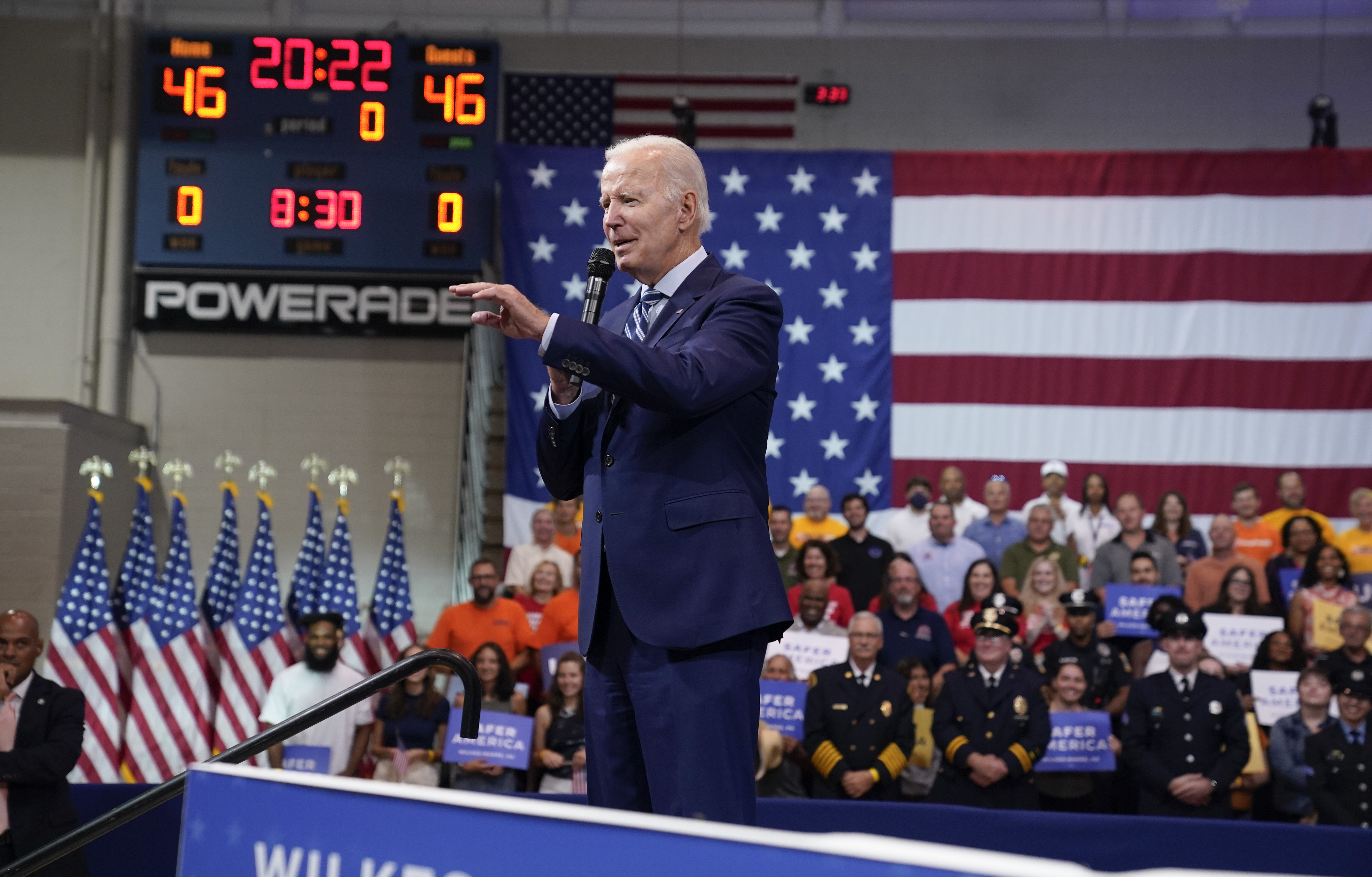 Aides stressed that the speech, given just days before the unofficial Labor Day kickoff to the stretch run of the midterm campaign season, would not be overtly political. But it was difficult to read it as anything other than Biden’s attempt to frame the stakes of an election once again dominated by Trump after an FBI search of his Mar-a-Lago home turned up classified information and intensified talk of possible criminal charges for the former president

And it will come as a split screen: Just hours Biden before speaks will be the latest legal hearing over the boxes of classified documents found in Trump’s Palm Beach estate.

His speech will focus on the “continued battle for the soul of the nation,” the principle he cited as the animating force for launching his third — and ultimately successful — bid for the White House.

“This is a moment for him to speak to the people of this country about what’s at stake,” the senior White House official said, “what the threats are, and what the possibilities are for the country to move together as a democratic nation.”

Aides said Biden will make clear that he believes some mainstream Republicans reject Trump’s ideology, those like Rep. Liz Cheney of Wyoming, who lost a GOP primary after serving on the House Jan. 6 select committee. And the president will urge others in the GOP to finally turn their backs on Trump.

Aides did not say whether or not Biden would call out Republicans by name — as White House press secretary Karine Jean-Pierre did in her briefing on Wednesday — as being examples of extremist politics. But they suggested that Biden would avoid other overtly divisive issues, like the battles over abortion rights and guns that have dominated the political landscape for much of the summer.

Biden, fresh off a summer that featured a series of significant legislative wins, has ratcheted up his attacks on Republicans in recent weeks. He occasionally calls out Trump by name, invoking Republican support for the Jan. 6 rioters and deeming some in the GOP as “semi-fascists.” He was to make a plea tonight, aides said, that democracy was not “an issue that should divide the two political parties,” according to the senior White House aide.

For Biden, the material and the setting will be familiar.

He has returned to Philadelphia time and again for landmark moments, using it as the backdrop for the 2019 campaign kickoff that led him to the White House. He returned there last summer for a fiery speech in defense of voting rights.

Biden had originally not planned to run in 2020 but declared that he felt that the nation’s identity and core values were endangered by Trump’s conduct in office, including his equivocating response to the outburst of racist violence in Charlottesville, Va.

The phrase “battle for the soul of the nation” has dominated his rhetoric since, and Biden has declared that the foundation of his presidency was to prove that democracies could still deliver for their people and stand up to rising autocracies across the globe. He vowed to run to heal the wounds opened by Trump’s term and has grown deeply dismayed, aides said, by the political polarization and anger that has only deepened during his own time in the White House.

In recent days, Biden and his top aides have called out the Republican response to the FBI search of Trump’s Palm Beach home. They note how some GOP lawmakers called to defund federal law enforcement while others have warned that violence could follow a possible Trump arrest. To Biden, that was just the latest transgression from a Republican Party he has told aides he barely recognizes — one that has remained in the thrall of Trump and in support of the insurrection.

The speech, expected to last about 25 minutes, comes at a moment of surprising political promise for Biden.

In recent weeks, gas prices have fallen, the Covid crisis grew less urgent and his domestic agenda was gradually passed. And his winning streak culminated with the resurrection of a $740 billion reconciliation bill that fulfilled longtime Democratic priorities such as climate change, drug pricing and taxes on corporations.

His poll numbers have risen to their highest point in months and Democrats have grown increasingly bullish about their chances about holding onto the Senate and potentially even the House. And as the 79-year-old Biden begins to ramp up his midterm campaign traveling, the speech in Philadelphia will be the second of three stops Biden will make in Pennsylvania alone this week.

The Keystone State blitz will culminate in what has become a totem for the president: the Labor Day parade in Pittsburgh. Biden marched there twice before when presidential speculation swirled around him, in 2015 and 2018. His appearance Monday, aides concede, will be closely watched for any possible hints about one last campaign.