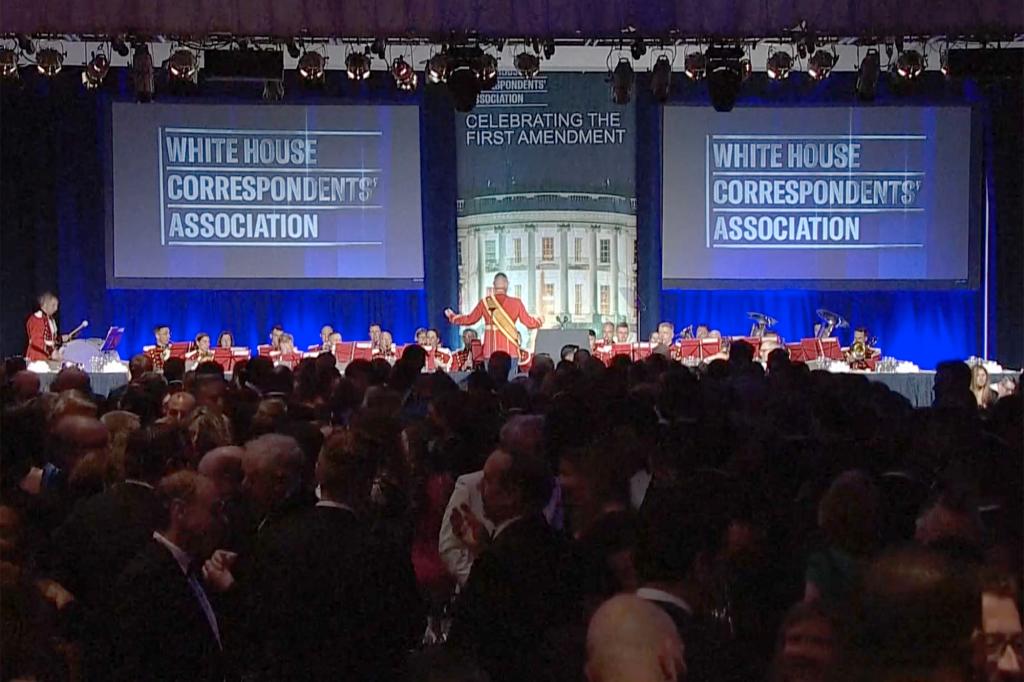 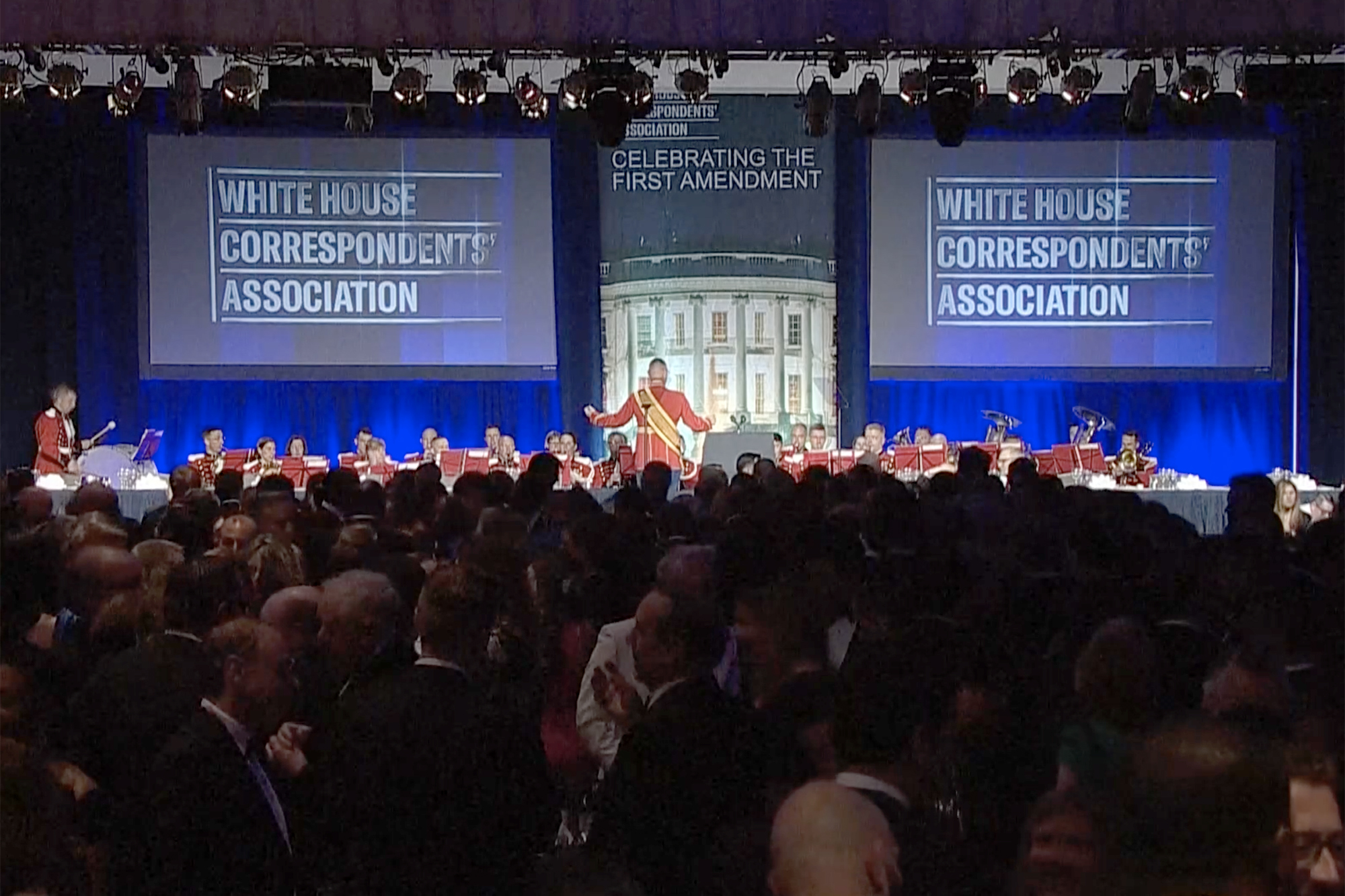 The dinner for reporters, officials and celebrities begins around 8 p.m. at the Washington Hilton and will feature remarks from a sitting president for the first time since 2016 and entertainment from “The Daily Show” host Trevor Noah.

Kim Kardashian and Pete Davidson, Drew Barrymore and Bill Gates’ ex-wife Melinda French Gates are among the expected guests at the $350-per-seat bash.

The black tie gala will go on despite concerns it will be one of the pandemic’s great super-spreaders. More than 10 percent of attendees at DC’s similar but much smaller and snootier Gridiron Club dinner this month caught the coronavirus.

The dinner kicks off a night of festivities and will command significant red-carpet attention for the first time since the Obama administration.

Attendees must provide proof of vaccination and a same-day negative COVID-19 rapid test, but Biden will not be eating to limit his possible exposure to COVID-19, the White House said.

After the dinner, Colombian Ambassador Juan Carlos Pinzon and cryptocurrency platform Binance are hosting a large afterparty at a Dupont Circle mansion — dubbed “An Evening of Magical Realism.”

One of the night’s most sought-after afterparties is thrown by veteran White House reporter April Ryan of TheGrio at the Smithsonian’s National Museum of African American History and Culture. “Rush Hour” actor Chris Tucker will host the party — called “A Seat at the Table: A Celebration of Black Media” — and nine-time Grammy Award-winning singer Mary J. Blige will perform.

In his dinner remarks, Biden is expected to cast himself as a champion of the press after former President Donald Trump boycotted the dinner and attacked journalists as “fake news.” In recent remarks, Biden has praised reporters covering the war in Ukraine.

But Biden also has lobbed insults at the press — calling Fox News’ Peter Doocy a “stupid son of a bitch” in January — and his White House aides have restricted press access to a far greater degree than during the Trump administration.

In a break from the Trump era, when most large indoor events at the White House were open to any reporter who wished to attend, Biden’s press aides mysteriously pre-screen reporters, citing the pandemic, and end up heavily disfavoring certain outlets.

The White House requires reporters to RSVP for indoor Biden events, and then non-transparently picks those allowed to attend. Biden’s deputies have refused to divulge the selection criteria and have provided a range of conflicting explanations to individual journalists. Reporters understand the practice to be a way of shaping the questions that get asked.

In a blow to Biden’s perceived accessibility, a staffer dressed in an Easter bunny costume interrupted him last week to stop his attempt answer to a reporter’s question at the White House Easter Egg Roll.

Frustrating the White House press corps, Biden also gives far fewer interviews than his predecessors, and most of them go to TV outlets or social media personalities rather than print publications.

Biden sat for just 28 interviews during his first year in office — versus 95 by Trump, 162 by Barack Obama and 50 by George W. Bush. Even Ronald Reagan, who was shot in the lung in an assassination attempt shortly after taking office, doubled Biden, doing 65 interviews in his first year.

Biden bests his predecessors in doing more frequent short Q&A sessions, however — with 225 as of Jan. 20, versus 120 by Trump, 46 by Obama and 148 by George W. Bush — according to records kept by White House Transition Project Director Martha Kumar. But those exchanges generally are brief and can be single-word answers to shouted questions.

Possibly to counter the public perception that he avoids press engagement, Biden in January gave a 1 hour, 52-minute press conference that was longer than any hosted by Trump or Obama, according to former CBS News reporter Mark Knoller, who is respected for his White House record-keeping.

White House press secretary Jen Psaki, in a break from the Trump era, also hosts daily press briefings, though she spends most time on the front two rows of the seven-row briefing room. Questions often come TV reporters who ask repetitive questions about major news stories so each network gets a clip of their own correspondent. On Friday, Psaki took questions from just two reporters not seated in the first two rows.

Psaki attempted a joke of her own Friday, telling reporters that Biden’s dinner speech “is not funny at all.”