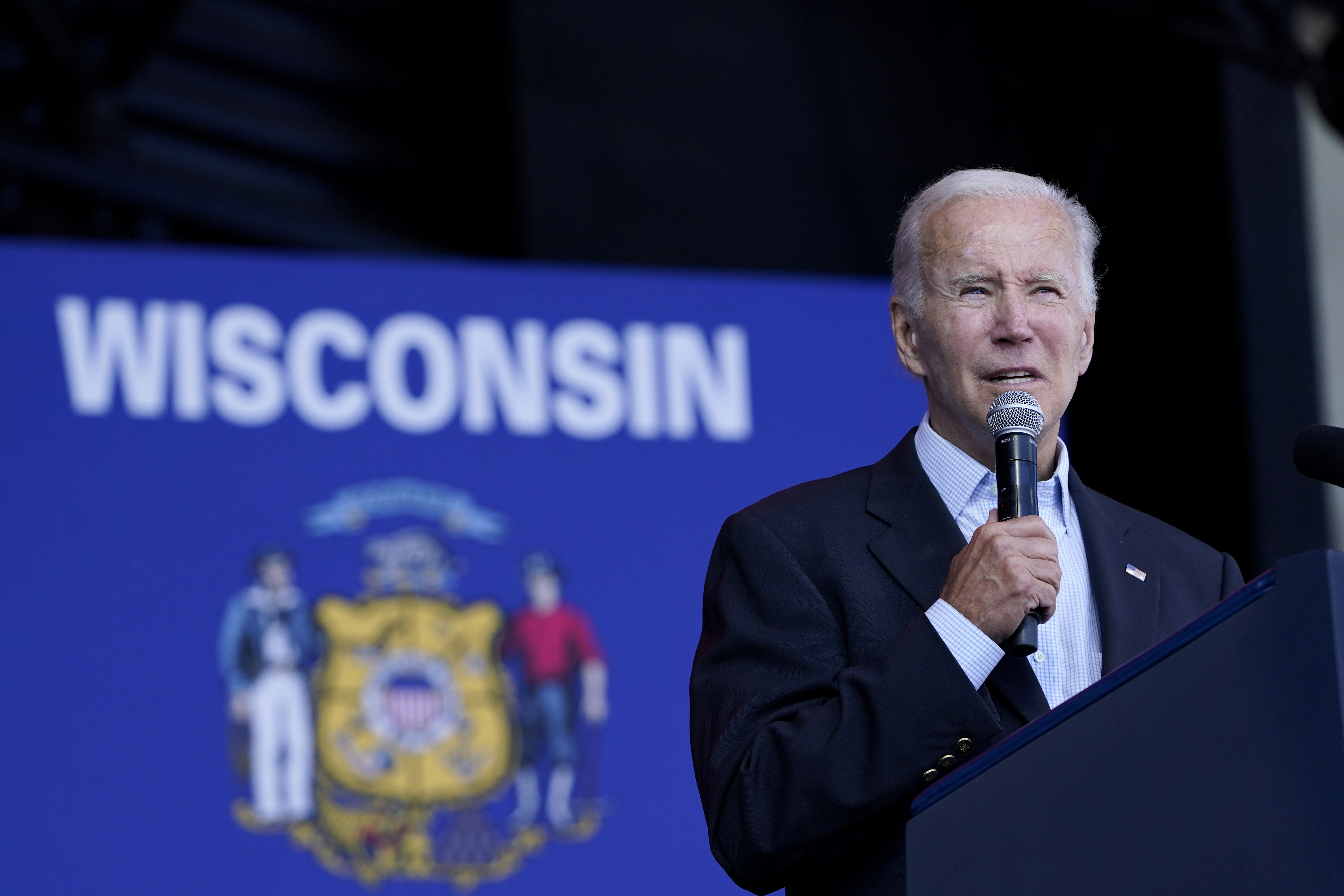 The comments came after a series of appearances in recent days, in which the president has campaigned forcefully against the most “extreme” segments of the GOP. In the most pointed remark, he called former President Donald Trump’s philosophy “semi-fascism” at an event for Democratic donors late last month.

“The biggest contrast between these MAGA Republicans, the extreme right, the Trumpies. … These MAGA Republicans in Congress are coming for your Social Security,” Biden said, calling out Johnson and Sen. Rick Scott of Florida, chair of the Senate Republican campaign committee.

A protester briefly interrupted as Biden spoke about the political “battle for the soul of America,” a phrase the president used last week in reference to perceived threats to democracy from the right.

“Let him go. Everybody’s entitled to being an idiot,” Biden said after security grabbed the protester.

Biden traveled to Milwaukee Laborfest on Monday in what was billed as a Labor Day celebration of “the dignity of the American worker.”

The holiday also marks the unofficial start of the fall campaign sprint, approaching the midterm election in November. Wisconsin was one of two politically crucial states Biden planned to visit on Monday; he was also expected to stop in Pittsburgh later in the day, marking his third visit to Pennsylvania in a week.

In his Milwaukee speech, Biden credited workers for his political wins, from his first Senate election to the most recent presidential election.

“The middle class built America. Everybody knows that. But unions built the middle class,” Biden said, raising his voice to cheers from the Laborfest audience.

Mandela Barnes, running against Johnson in November, was not at the event. However, he received a shoutout from Biden as the state’s “next United States senator.”

“This guy never stops,” Biden said of Johnson in the speech, lamenting the senator’s health care policy position against the Affordable Care Act. “But guess what. I ain’t stopping, either.”