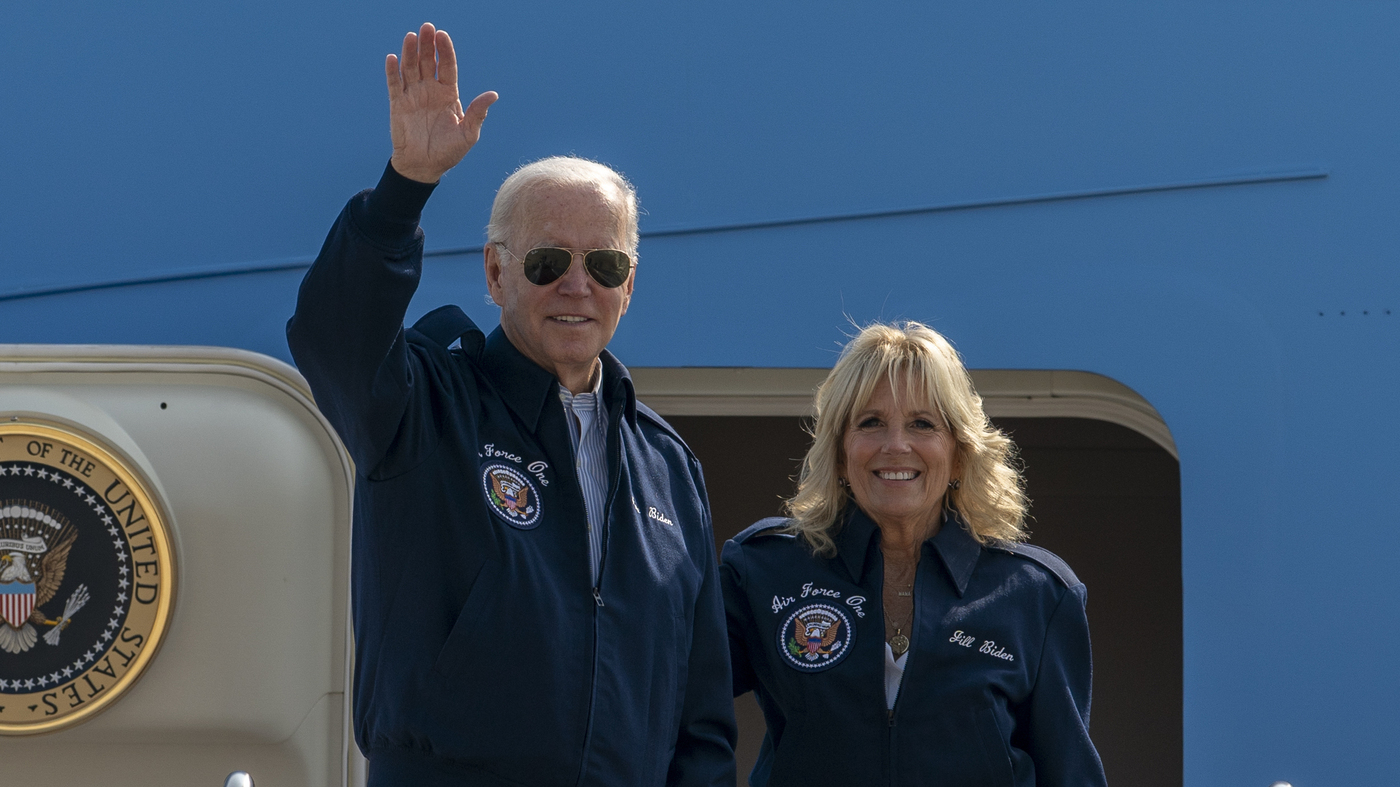 President Biden waves as first lady Jill Biden watches standing at the top of the steps of Air Force One before boarding at Andrews Air Force Base, Md., on Saturday.

President Biden waves as first lady Jill Biden watches standing at the top of the steps of Air Force One before boarding at Andrews Air Force Base, Md., on Saturday.

President Joe Biden says the U.S. will defend Taiwan if China stages an “unprecedented attack” on the island, his latest in a string of remarks over the past year that have been unusually explicit about America’s intentions in the face of growing pressure from Beijing.

In an interview with the CBS news show 60 Minutes that aired on Sunday, Biden was asked if U.S. forces would defend Taiwan — a self-ruled democracy that sits roughly 100 miles off the Chinese coast and is claimed by Beijing as part of China.

“Yes, if in fact, there was an unprecedented attack,” Biden replied.

Asked again if, unlike in Ukraine, U.S. forces would get involved in the event of a Chinese invasion, Biden replied: “Yes.”

On three previous occasions since mid-2021 Biden has made similar public comments suggesting that the U.S. would get involved in a conflict over Taiwan.

Some observers say the remarks contradict a long-standing preference from U.S. administrations for ambiguity on the issue of defending Taiwan, as a way to deter both China and Taiwan from taking steps that could alter the status quo.

The White House has said the remarks do not represent a change in U.S. policy.

After the 60 Minutes interview aired, a White House spokesperson said: “The president has said this before… He also made clear then that our Taiwan policy hasn’t changed. That remains true.”

Still, the interview is sure to anger Beijing, which has accused U.S. politicians of sending “wrong signals” to those in Taiwan who favor formal independence.

China’s ruling Communist Party sees Taiwan as unfinished business from the civil war, which ended in 1949 with the defeated Nationalist Party fleeing to the island. Beijing has vowed to bring Taiwan back into the fold – ideally by peaceful means, it says, but by force if necessary.

Polls show, however, that a large majority of Taiwan’s 23 million people prefer the status quo, and oppose unification with China.

Biden said the U.S. was not encouraging Taiwan’s independence — a red line for Beijing — but he added: “Taiwan makes their own judgments about their independence…that’s their decision.”

By law, the U.S. has a commitment to provide Taiwan with means to defend itself. Debate about what that should look like has intensified in the wake of Russia’s invasion of Ukraine. China has also tipped the balance of power across the Taiwan Strait with a sweeping, multi-year modernization of its armed forces.

While U.S. officials insist that America’s policy toward Taiwan has not changed, informal relations between Washington and Taipei have warmed as tensions between the U.S. and China have worsened in recent years.

In a phone call in July, Chinese leader Xi Jinping warned Biden against American meddling on the Taiwan issue, saying “those who play with fire eventually get burned.”

China was livid over the visit, and in the weeks since it has conducted military drills near Taiwan and flown warplanes across the median line down the center of the Taiwan Strait that separates Taiwan from the mainland.