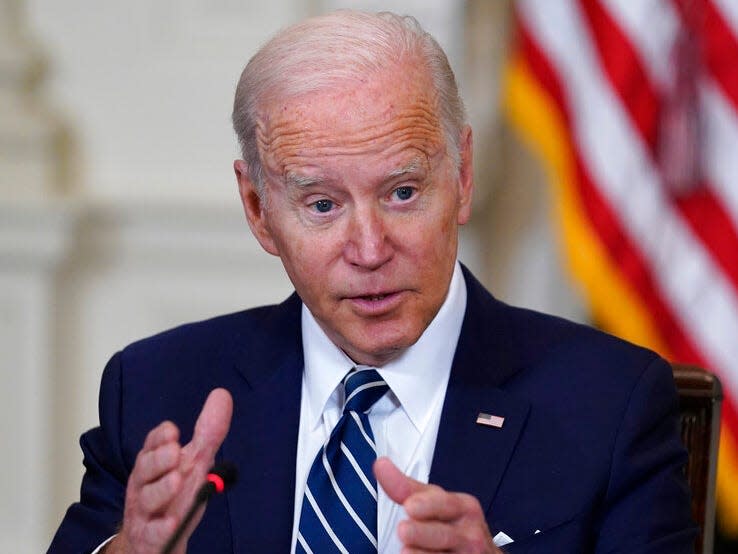 Biden made the comments while speaking to donors in Los Angeles, California, about his continued to support for Ukraine, according to The Associated Press.

“Nothing like this has happened since World War II. I know a lot of people thought I was maybe exaggerating,” Biden said, according to the outlet. He added the US had data that showed Russian President Vladimir Putin was going to invade.

“There was no doubt,” Biden continued. “And Zelenskyy didn’t want to hear it.”

Prior to launching a full-scale invasion on February 24, Russia spent weeks building up its troops on the Ukrainian border, prompting speculation over whether or not they were preparing to invade, an allegation the Kremlin denied.

In late January, after US officials said it was likely Putin would invade soon, an unnamed Ukrainian official told CNN that Zelenskyy had told Biden to “calm down the messaging” about the invasion because it was creating a panic.

On Monday, US Director of National Intelligence Avril Haines said that Biden even declassified intelligence about Russia’s invasion in an attempt to convince skeptical allies it was actually going to happen.

Since the war began, the US has provided tens of billions of dollars of aid to Ukraine, including thousands of weapons.

Ukraine successfully held off invasions of some of its largest cities, including the capital of Kyiv and Kharkiv, but fighting continues in the eastern Donbas region, where Russian forces have refocused.