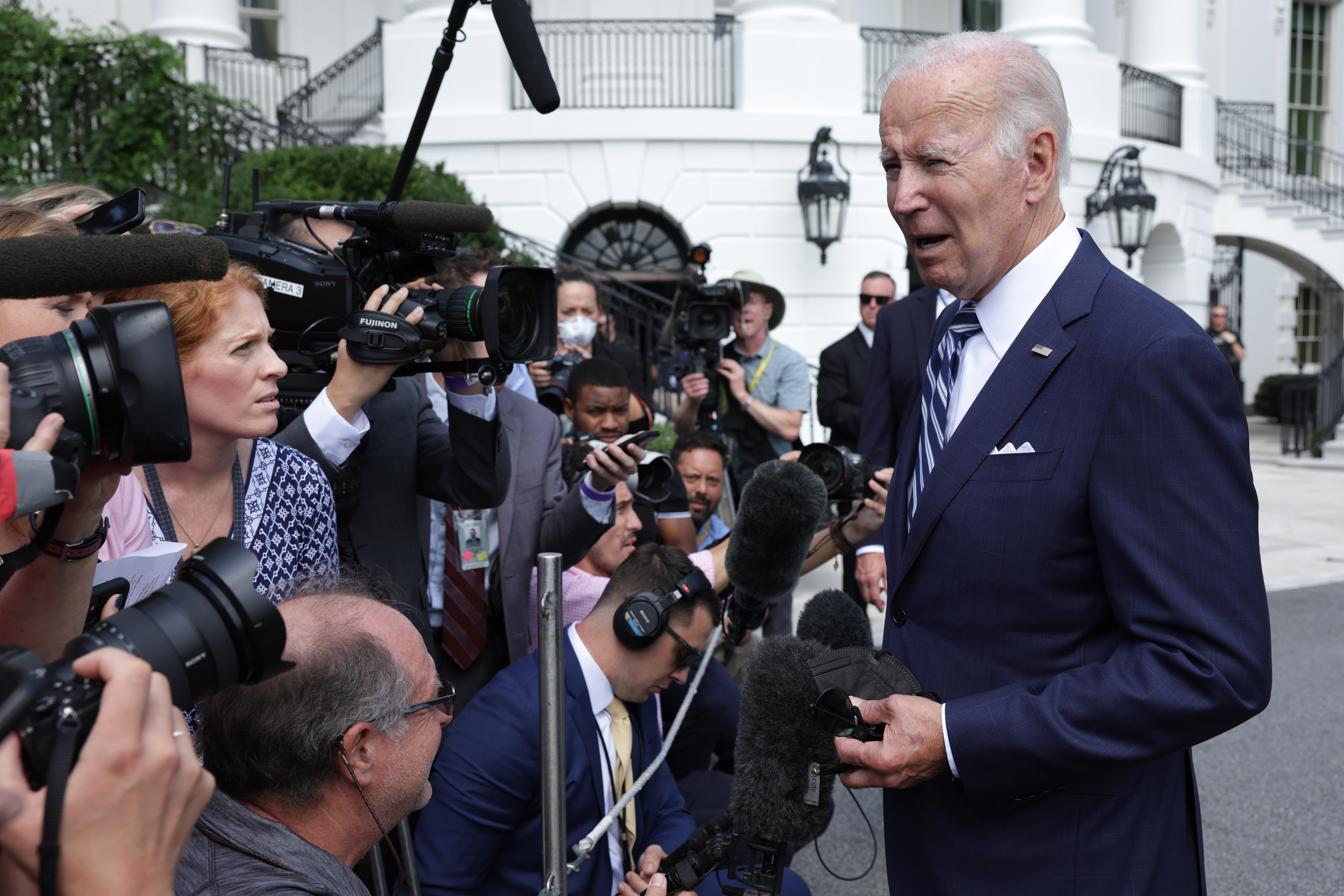 “Whenever the U.S. and Iran are close to successful negotiations, actors on both sides try to disrupt them,” said Joe Cirincione, a national security expert and author who formerly served as president of the nuclear nonproliferation-focused Ploughshares Fund. He noted that Israel and elements of Iran’s Islamic Revolutionary Guard Corps are opposed to the deal. “The goal is the same: to create a crisis that would make diplomacy impossible, a deal unobtainable.”

In this case, experts said the Biden administration’s strategy — prove it can walk and chew gum at the same time — was effective.

“We defended ourselves immediately and we are still in negotiations,” said Mick Mulroy, a former Pentagon official in the Trump administration.

Even as officials made progress in nuclear negotiations in recent weeks, Iranian proxies have been increasingly active in the region. In Syria, IRGC-directed militants have intensified low-level attacks against U.S. and coalition positions in Syria, Defense Department officials said.

Iran may be trying to use the activity in Syria to gain some leverage in nuclear talks, said Seth Jones, an expert with the Center for Strategic and International Studies. But more important for Tehran is getting U.S. troops out of the Middle East, where Iran has expanded its influence in recent years, he said.

“This fighting, the violence right now in Syria is broadly symptomatic of the tensions right now that the U.S. is having with the Iranians,” Jones said. “Some of them are military, some of them are at the diplomatic table.”

On Aug. 15, two incidents in Syria caught the administration’s attention: one unsuccessful drone strike in the vicinity of al-Tanf Garrison and one rocket attack on Green Village. The U.S. did not respond immediately but spent several days ensuring that retaliatory strikes sent the right message and didn’t kill anyone.

“DoD worked to select a target that would send the message we wanted without further escalating the situation,” a senior administration official said. “They conducted hundreds of hours of intelligence collection to help ensure the strike did not cause casualties while also preparing the ground to respond should the Iranian-backed groups choose to attack again after our strike. It takes time to do this right.”

But one senior DoD official — who, like others in this article, spoke on condition of anonymity to discuss a sensitive topic — said that one reason the response took a few days was for officials to debate the impact on nuclear negotiations.

On Tuesday, on Biden’s order, U.S. fighter jets struck Deir ez-Zor, Syria, against bunkers used by groups affiliated with the IRGC. The U.S. military had initially identified 11 targets at the site, but ultimately struck only nine due to evidence of movement near two of the bunkers shortly before the strike, said the Pentagon’s top policy official, Colin Kahl.

The retaliatory strike was designed to signal that the U.S. will defend itself regardless of where negotiations stand on the nuclear deal, Kahl said.

“The administration has been pretty clear that in the event that Iran moves back into compliance with the JCPOA [Joint Comprehensive Plan of Action], that’s in our interest, because it pushes Iran further away from a nuclear weapons capability. But whether the JCPOA is reborn or not, it actually has nothing to do with our willingness and resolve to defend ourselves,” Kahl said. “The strike last night was a pretty clear communication to the Iranians that these things are on different tracks.

The response was likely designed to reassure U.S. allies that Washington can still push back on Iran’s nefarious action in the region while negotiating a nuclear agreement, Cirincione said. In fact, top Israeli officials visited Washington this week, as the government ramped up pressure on Biden to walk away from the nuclear deal. Israeli national security adviser Eyal Hulata met with counterpart Jake Sullivan at the White House on Tuesday — the same day the strikes occurred in Syria.

“The U.S. will deny that there is any connection but I’m a superstitious man, I’ve seen this pattern all too often,” he said. “They want to conclude the deal, they have to reassure the allies — this is their way of doing that, and I think it worked.”

But the skirmishes did not end there. In retaliation, IRGC-backed militants launched rocket attacks on two separate sites in northeastern Syria, Green Village and Conoco, which wounded three U.S. service members. One U.S. service member was treated for a minor injury and returned to duty, while two others are under evaluation for minor injuries, a statement from U.S. Central Command said at the time.

In their initial response, U.S. attack helicopters destroyed three vehicles and equipment used to launch some of the rockets. The militants then attempted to launch additional rockets, but American forces pummeled the position with attack helicopters, gunships and artillery. Altogether, the U.S. military killed four enemy fighters and destroyed seven enemy rocket launchers in the fighting.

After the strike, the Pentagon assessed that the latest salvo was over and deterrence had been reestablished, said a third U.S. official.

So far, the back-and-forth has not appeared to hold up progress on the nuclear discussions. For one thing, the two sides appear to have moved past the Biden administration’s refusal to remove the IRGC from the Foreign Terrorist Organization list.

The U.S. relayed to the EU on Wednesday its response to Iran’s latest comments on the draft proposal. This stage of talks is expected to focus on the final sticking points, related to Iranian demands for economic guarantees and sanctions relief.

“We are closer now than we were even just a couple of weeks ago because Iran made the decision to make some concessions,” said John Kirby, a spokesperson for the National Security Council.

But he cautioned that “a lot of gaps remain. We’re not there yet.”

Alexander Ward and Nahal Toosi contributed to this report.