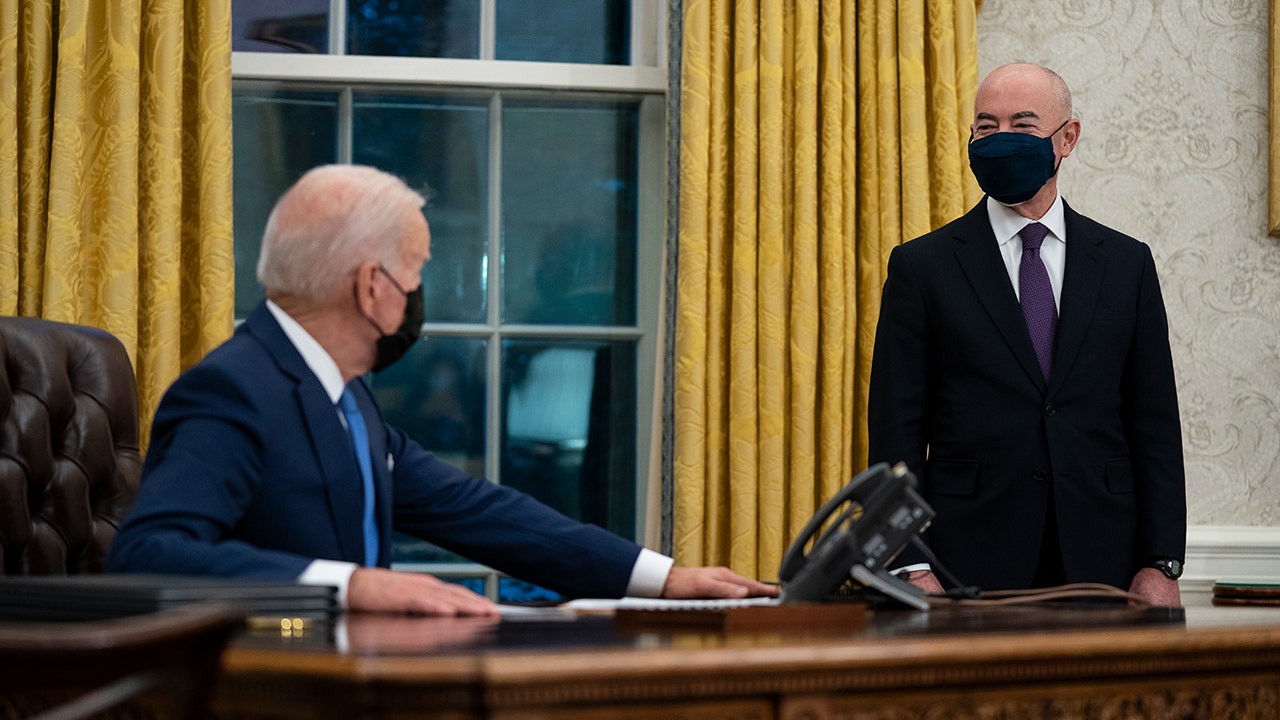 As President Biden and DHS Secretary Alejandro Mayorkas oversee a deteriorating Mexican border, the former leader of Immigration and Customs Enforcement called their behavior “almost treasonous” on “The Ingraham Angle.”

TOM HOMAN: I get disgusted every day I see this because it’s been 16 months. They still haven’t done one single thing. No enforcement strategy, no consequence, no deterrence. Just every effort has been how quick can we send agents down there to process release quicker?

Now, this genius plan: They were moving to the interior quicker. They’ve got to understand, when you make it easier and more efficient to get into the interior of the United States, that’s an enticement to bring more.

Secretary of Homeland Security Alejandro Mayorkas listens as President Joe Biden speaks before signing an executive order on immigration, in the Oval Office of the White House, Tuesday, Feb. 2, 2021, in Washington.
(AP/Evan Vucci)

So, I wait for an enforcement strategy and never see it. But you get the secretary every week saying something stupid like, “It’s not illegal to be in the United States and ICE can’t arrest you. And ICE can’t do worksite enforcement operations… “

Now, we’re going to move you to the interior, right off the border, so you’re not going to be detained for a single day on the border. It’s just everything they do entices more people to come. They’ve got to know this. This is by design… They don’t care.

Joe Biden and Alejandro Mayorkas say that we have much more humane policies than President Trump. Really? Because in the first year at Joe Biden, we have a record number of migrants dying on U.S. soil. Over 700 migrants have died on U.S. soil. Crossing, you know, even drowning a river, being left in the desert, we got over 100,000 Americans dying overdose death. That’s a record.

What Joe Biden has done along with Alejandro Mayorkas is almost treasonous. If [Republicans] take back Congress in this next election, day one, they need to impeach Alejandro Mayorkas for violating the oath he took. This country is less safe under his leadership, he has failed for 16 months straight. This administration is lawless.