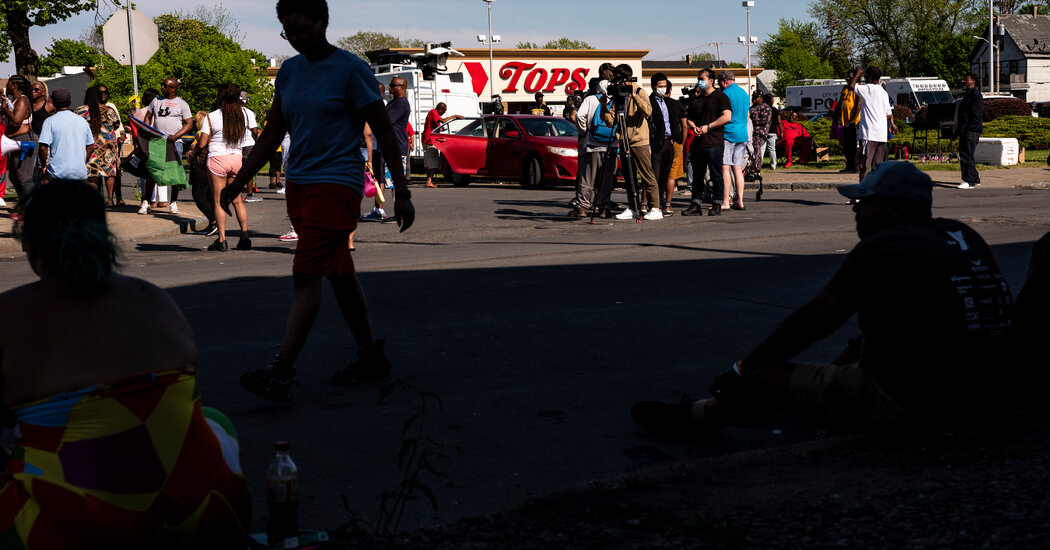 “Look, the American experiment in democracy is in a danger like it hasn’t been in my lifetime,” he said on Tuesday. “It’s in danger this hour. Hate and fear are being given too much oxygen by those who pretend to love America, but who don’t understand America.”

Mr. Biden spoke about each of the 10 shooting victims who died by name, at one point pausing to compose himself when describing a father slain while picking up a birthday cake for his 3-year-old son. “In America, evil will not win,” he said. “I promise you. Hate will not prevail and white supremacy will not have the last word.”

But some residents of Buffalo found the words unsatisfying. “I could care less about what Biden said. I want to see action,” said Toni Arrington, 27, a hair stylist who stood outside the community center where the president spoke. “I want to see our community actually get help. I want to see people actually be protected. We work, we pay taxes, we pay for our protection, and we’re not getting it.”

The bloodshed once again renewed the national debate over gun control, a prime example of Washington’s paralyzed politics, but the president made no specific policy announcements beyond voicing continued support for removing military-style firearms from the streets.

As a senator, Mr. Biden helped pass an assault-weapon ban in the 1990s but it expired after 10 years. As vice president, he helped develop a package of gun initiatives after the massacre of 26 children and adults at Sandy Hook Elementary School in Newtown, Conn., in 2012.

The Obama administration issued nearly two dozen modest executive actions but failed to pass legislation. Mr. Biden’s own administration has been no more successful in passing gun control legislation in Congress, although he has taken some steps to address the issue, starting with a crackdown on the proliferation of so-called ghost guns, or firearms assembled from kits.

But the gun-rights lobby’s hold on the Republican Party is unshaken, and action on proposals such as universal background checks and a new assault-weapons ban remain stalled in part because of the narrow partisan divide in the Senate.