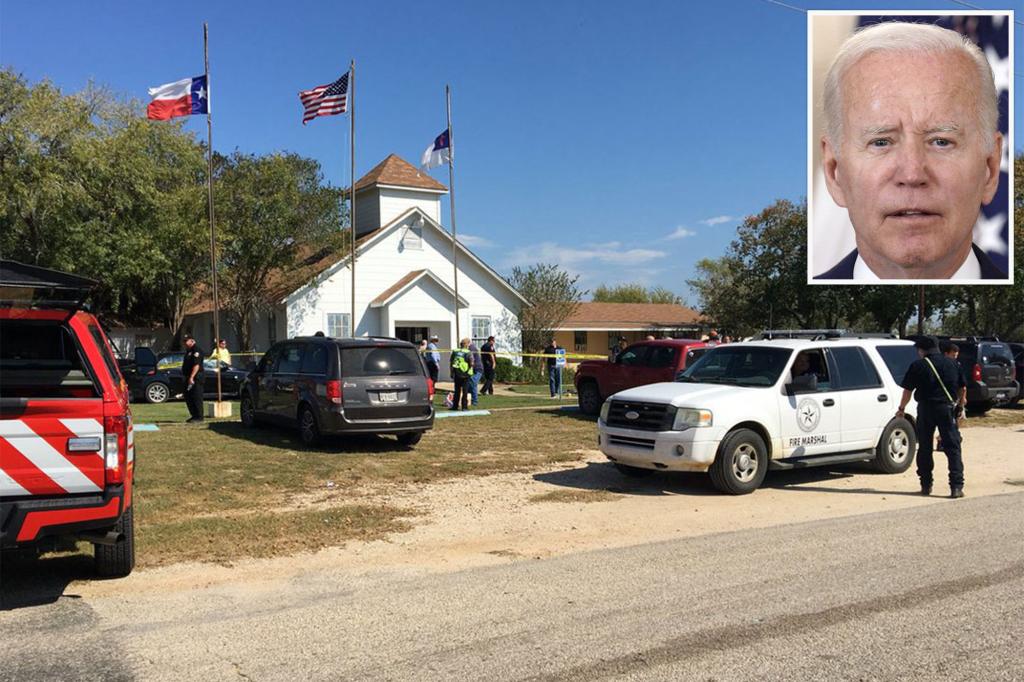 Days after a mass shooting at a Texas elementary school that left 19 children and two teachers dead, the Biden Administration is fighting a court-ordered $230 million verdict for the victims of a different Texas mass shooting.

The Justice Department filed an appeal in an attempt to not pay the multi-million dollar verdict to the families and victims of the 2017 Sutherland Springs church shooting by former Air Force airman Devin Kelley, said Texas attorney Thomas J. Henry.

“That federal judge found that the United States government was at fault for allowing the gunman to acquire a gun because the government failed to report that the gunman was dishonorably discharged, which would have prevented him even acquiring a gun,” Henry told The Post Wednesday.

Kelley was able to pass the background check and buy an AR-556 rifle after the Air Force did not enter his tarnished history into a national data base, a court found.

He used that rifle to kill 26 people at First Baptist Church of Sutherland Springs, about 35 miles outside San Antonio.

“Though the discovery in that case, it was learned that the US government had failed to report many, many dishonorably discharged individuals to the appropriate databases,” explained Henry.

The $230 million verdict, which was ruled on in February, is the largest in recent years for a mass shooting case.

“You have the President of the United States talking to everyone about how we need gun control, we need to not get guns in the hands, and yet here he is, leading the charge with the Department of Justice to appeal the Sutherland Springs shooting case,” Henry said.

The appeal in the Sutherland Springs case comes as Henry and his law firm have started representing four families who are victims in the Uvalde school shooting massacre.

The two grieving communities are just two hours away from each other in Texas. On May 24, 18-year-old Salvador Ramos killed 21 people at Robb Elementary School and shot 17 others who survived with legally purchased weapons.

The four families have hired Henry to go after Ramos’ estate. The lawsuit allows them to obtain documents and information related to the criminal investigation into the shooting and possibly sue the school district, law enforcement agencies, social media companies and anyone else who could have prevented the shooting in Uvalde.

“The Uvalde case and people sitting outside the door for 50 minutes and they can’t break down the door knowing there’s a gunman inside– we all know how pathetic that is, but you know what, what happened in Sutherland Springs is just as pathetic,” said Henry. “It’s just a different form of pathetic conduct. If they had just done their jobs, people would be alive.”