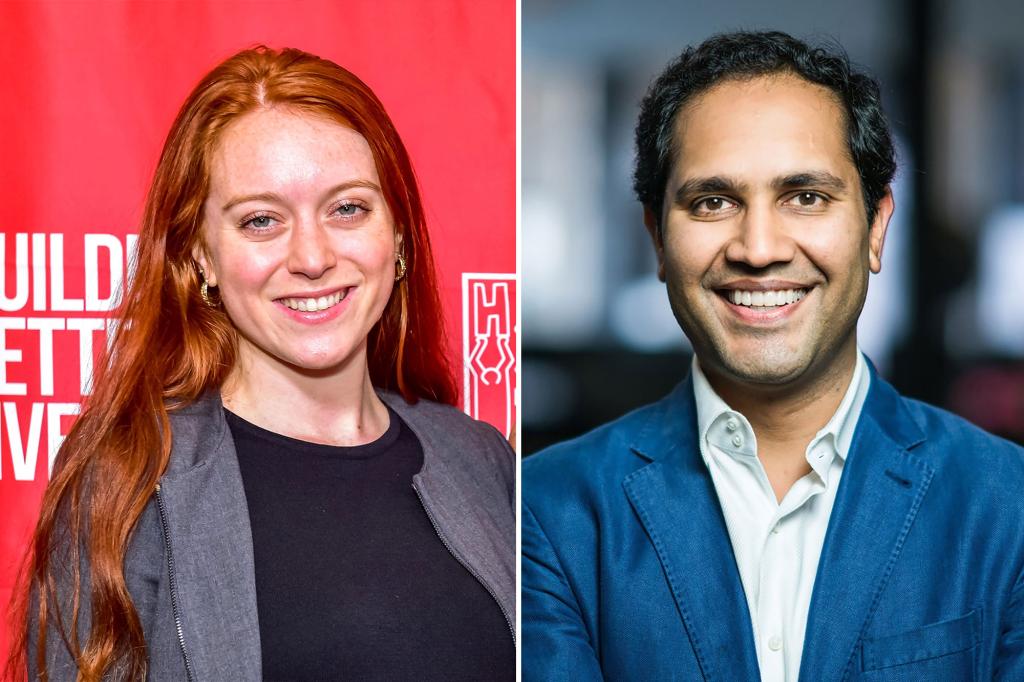 An ex-executive who has accused Better.com of cooking its books was a scheming slacker who was more interested in skiing and sharing pictures of her puppies than in shoring up the embattled online mortgage lender’s business, according to explosive court documents and interviews with former colleagues.

Sarah Pierce, a 28-year-old former head of sales at Better.com, claimed in a lawsuit last month that CEO Vishal Garg misrepresented the company’s business metrics to ensure the firm’s plan to go public through a SPAC merger – a stalled, $8 billion deal which still hasn’t closed.

The suit made headlines as Pierce claimed that Garg — who infamously fired more than 900 employees over a Zoom call last year — once said the company’s sales would improve because “President Biden will die of COVID.”

But a motion to dismiss the case last week painted a harsh picture of the Ivy League grad, who quit in February. The firm claimed Pierce hired 1,000 new employees to help boost her sales numbers even as she interviewed for another job and blamed her mismanagement for putting the company $400 million behind its 2021 sales goals.

The lost revenue was a key reason for Garg’s now-infamous Zoom call in which he fired nearly 1,000 employees right before Christmas, a source close to the situation claimed.

“If Pierce had done her job, the firings would not have affected 900 people,” the source believes.

Interviews with former colleagues also suggest Pierce – who was reportedly raking in nearly $1 million a year before her exit and, according to court documents, had hauled in enough income and stock options to buy a sprawling ski chalet in Aspen, Colo., for $11.5 million in May 2021 – had checked out long before the mass layoffs.

According to Slack messages reviewed by The Post, Pierce bragged she wasn’t working and would routinely ignore emails or send pictures of puppies to her co-workers instead of responding to their questions.

When one of Pierce’s direct reports asked her how she was managing a busy day of calls, Pierce responded by saying she was going off to “read a book,” according to messages reviewed by The Post.

It only got worse after video of Garg’s cold-hearted Zoom call went viral, resulting in a loss of morale and a mass exodus of executives.

“GUYS HOW DO WE EVEN WORK TODAY. im not,” Pierce wrote in one Slack message reviewed by The Post, sent to her team just days after the layoffs.

When one of her colleagues reminded her she had an assignment due, she quipped, “ah yes… but there’s 16 inches of fresh pow[der].”

Pierce’s lawyer fired back at the incendiary allegations on Friday, calling them a classic case of “blame and discredit the victim.”

“The attempt to attack Ms. Pierce and mischaracterize her performance at Better is part and parcel with defendants’ attempts to avoid, at all cost, litigating this case on its merits,” her attorney Neal Brickman told The Post. “Ms. Pierce was a high-performing executive at Better, who was consistently lauded and rewarded for her work, until she blew the whistle on Mr. Garg’s illegal activities and his attempt to blame her for the disastrous consequences of decisions he – and only he – made.”

Pierce attended high school in upscale Port Washington, Long Island, and graduated from Columbia before joining Better.com in 2016, according to her LinkedIn profile. She quickly rose through the ranks and by August 2020 was promoted to head of sales.

The COVID outbreak helped business boom as many city dwellers moved from urban centers or refinanced their homes because of record-low mortgage rates.

By July, she was again promoted by Garg to head of sales and operations — the functional equivalent of chief operating officer — earning a base salary of $1 million a year with the possibility of raking in $1 million more in bonus, sources said.

That same month, she set a lofty goal of making 200,000 loans and added 1,000 new employees to the sales team even as leadership cautioned her against building out too rapidly, Better.com claimed in court papers.

Brickman said the overly ambitious mortgage target was an aspirational internal projection peddled only by Garg and that it was his decision to “over-hire” 1,000 new employees.

“Ms. Pierce repeatedly advised Mr. Garg that it was not realistic and that the company would be lucky to originate 165,000 new mortgages,” the lawyer said.

Brickman also denied claims that Pierce had “checked out.”  There was a weekly “market call” meeting with Pierce’s team, the finance team, and Garg at which the company’s performance and metrics were presented and discussed, he said.

“There are over 1,200 pages of material presented at those weekly meetings, attended, each week, by Ms. Pierce,” Brickman said.

In November, Pierce assured management in an executive meeting that she would hit the 200,000 loan target, the firm claimed. But by December it became clear the loans hadn’t happened and the company would miss $400 million in revenue.

Better.com ended the year with an overall loss of $200 million, which led to the mass layoffs.

Behind the scenes, the Better.com board decided Pierce needed more oversight and the company would hire a chief operating officer to keep an eye on the sales group, sources with knowledge claimed.

When Pierce got wind of the hire, she resigned in a huff and demanded the company pay her $36 million for her equity stake and retain her as a consultant for $2 million a year, according to court papers.

Her bombshell lawsuit claimed Garg’s and the company’s “treatment of her constituted unlawful retaliation, defamation and intentional infliction of emotional distress.”

A court date for the next phase of the legal battle has not yet been set.

“We thank Sarah for her early contributions to the firm when we were still a young start-up. We’re proud to have attracted senior talent from Match Group, Ripple and LendingTree who can shepherd us through our major growth phase,” a spokesperson for Better.com told The Post on Friday.

“As Better matures, our seasoned team of professionals are focused on expanding our suite of innovative products. Together, we will continue building on Better’s mission to empower customers on their home ownership journey.”