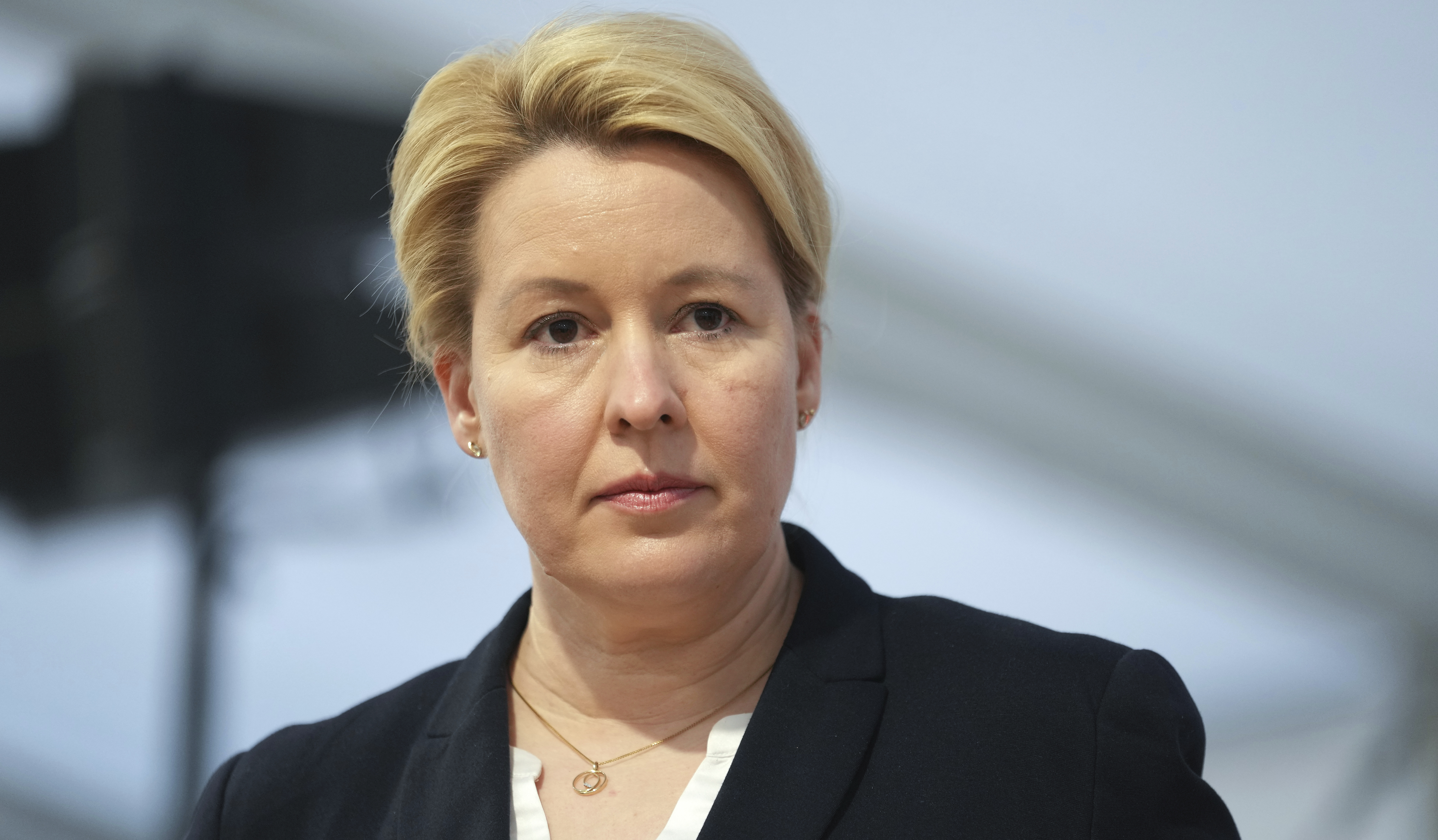 BERLIN — Critics have taken aim at Berlin Mayor Franziska Giffey after Russian flags were flown across the German capital in shows of support for Moscow’s war in Ukraine, while police reportedly confiscated Ukrainian flags on Sunday.

Berlin’s police on Friday banned Russian and Ukrainian flags from being displayed at certain locations on May 8 and 9, the days commemorating the end of World War II in Europe.

Stefan Evers, the general secretary of Berlin’s Christian Democrats (CDU), the main political rivals to Giffey’s Social Democrats (SPD), on Monday shared a picture of Russian flags on display despite the ban, calling it an “embarrassment for Berlin.”

Kyiv over the weekend reacted with anger to the ban on the Ukrainian flag.

“Berlin made a mistake by prohibiting Ukrainian symbols,” Foreign Minister Dmytro Kuleba said on Twitter on Sunday evening, adding it was “deeply false to treat them equally with Russian symbols.”

“Taking a Ukrainian flag away from peaceful protestors is an attack on everyone who now defends Europe and Germany from Russian aggression with this flag in hands,” he continued.

Giffey responded to the criticism on the weekend, emphasizing that the flag ban only applied at war memorial sites rather than across the whole city, but her explanation did little to defuse the situation.

“I find it highly alarming that on such a memorial day as today the Ukrainian flag is banned in Berlin,” Kiesewetter said. “I think it is really alarming that cause and effect are reversed here and we should expect from a ruling mayor Giffey that she cancels such a decision by the police.”