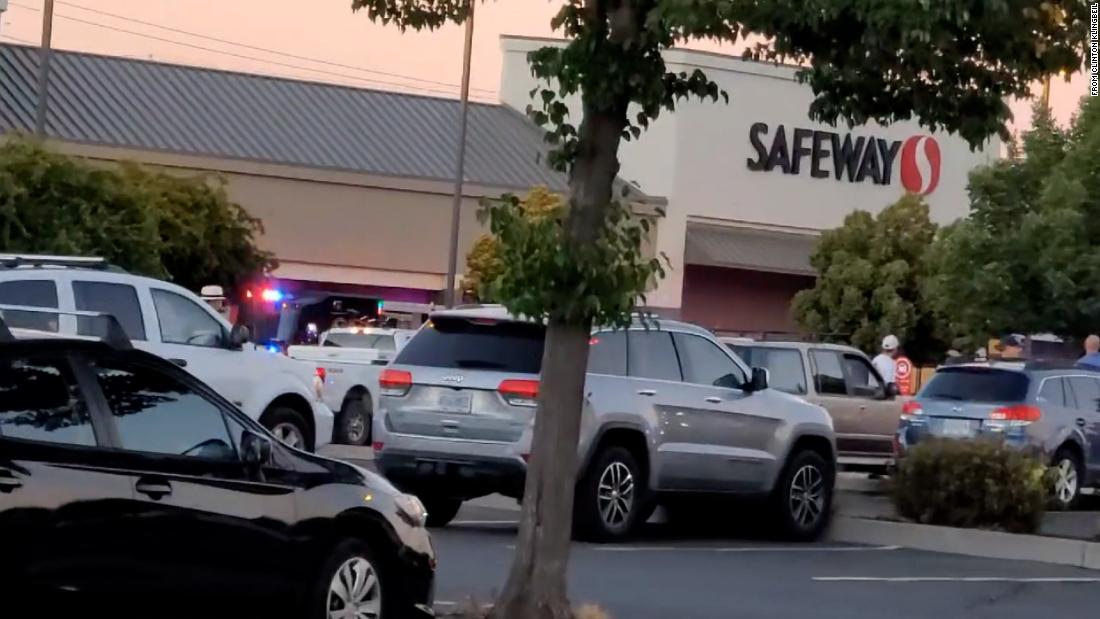 Investigators believe the unidentified male shooter entered the Forum Shopping Center from a nearby residential area and began shooting in the parking lot with an AR-15-style rifle, Bend Police Chief Mike Krantz said at a news conference Sunday night. Several people called 911 shortly after 7 p.m. to report shots fired at the complex, he said.

The shooter then crossed the parking lot and entered a Safeway grocery store, where he shot a person in the entrance, who was later transported to the hospital and pronounced dead, Krantz said.

Police believe the shooter continued firing throughout the store, shooting and killing another person, the chief said.

When responding officers initially entered the Safeway, they could hear gunshots, Krantz said, but later found a person who they believe to be the shooter dead in the store. Police found the AR-15-style rifle and a shotgun close to the shooter’s body, he said.

The chief said no shots were fired by Bend police officers and, at this time, police believe the gunman acted alone.

Lisa Goodman with St. Charles Medical Center told CNN the hospital is treating a third victim from the shooting. That person is in good condition, Goodman said.

The hospital asked community members to avoid going to the medical center unless they are experiencing a medical emergency because the facility is in “active trauma response,” according to a post on its Facebook page.

The investigation is still active and ongoing, Krantz said, noting police are working to obtain warrants for residences in the area.

Josh Caba told CNN affiliate KTVZ that he and his four children were shopping in the store when the shots broke out.

“We started heading to the front. Then we heard I don’t know how many shots out front — six or seven. I immediately turned to my children and said, ‘Run!’ People were screaming. … it was a horrifying experience,” Caba told KTVZ.

Caba said he was worried about his wife, who had stayed in the car because she wasn’t feeling well. But as he and three of his children fled through exit doors by the produce department, he found that his wife had driven to the back of the store and was “sitting in the car, saying ‘Get in the car! Get in the car!'” the affiliate reported.

The father was able to rush back into the store and find their fourth child, coming out to see officers running into the store, he told KTVZ.

Bend is in central Oregon, about 130 miles east of Eugene.