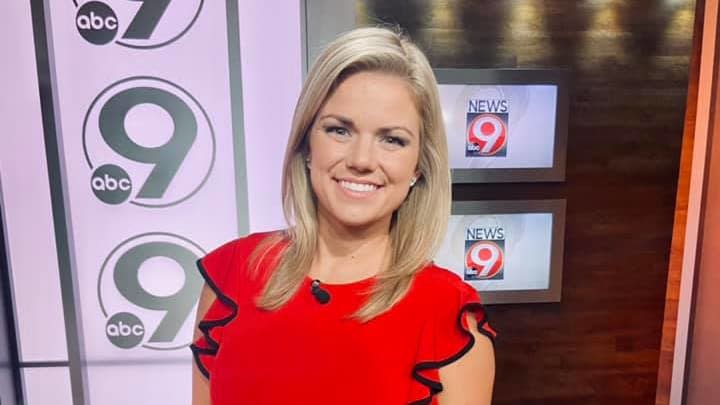 A popular Wisconsin TV news anchor and former college basketball star has been found dead at the age of 27 after apparently taking her own life.

Neena Pacholke, a former point guard for the University of South Florida’s women’s basketball team and morning news anchor at News 9 WAOW, was found dead during a welfare check by police at her home in Wausau on Saturday, according to TMZ.

Her sister, Kaitlynn Pacholke, told The Tampa Bay Times she died of suicide.

“My sister was by far the happiest person I thought I knew,” she was quoted saying, adding that Neena was engaged to be married and “was loved by everybody.”

“Sometimes you just don’t know what people are going through, no matter how much you think you know someone…. My sister had access to every resource you could imagine,” she was quoted saying.

“She just radiated love and positivity, and she just cared so much about pouring into other people, and always put other people first,” Kaitlynn Pacholke said. “I think she did that at the expense of not caring about herself.”

Pacholke’s colleagues at the news station where she’d worked since 2017 expressed shock over her sudden passing.

“The entire team here at News 9 are absolutely devastated by the loss as we know so many others are as well. Neena loved this community and the people who lived here. She was a kind person with a big heart and a contagious smile and we will miss her greatly,” the news station said in a statement.

“I have never met anyone in my entire life that is more loved than this girl,” her co-anchor, Brendan Mackey, wrote in a tribute on Facebook. “Every day she made people smile, whether that was through a tv screen or just being an incredible friend,” he said, calling her “the brightest light in the room.”

The University of South Florida Bulls, where Pacholke had played for three seasons, said in a statement that they were “heartbroken” to learn of her death, with Head Coach Jose Fernandez saying the team was “devastated and deeply saddened.”

If you or a loved one are struggling with suicidal thoughts, please reach out to the National Suicide Prevention Lifeline at 1-800-273-TALK (8255), or contact the Crisis Text Line by texting TALK to 741741. You can also text or dial 988.