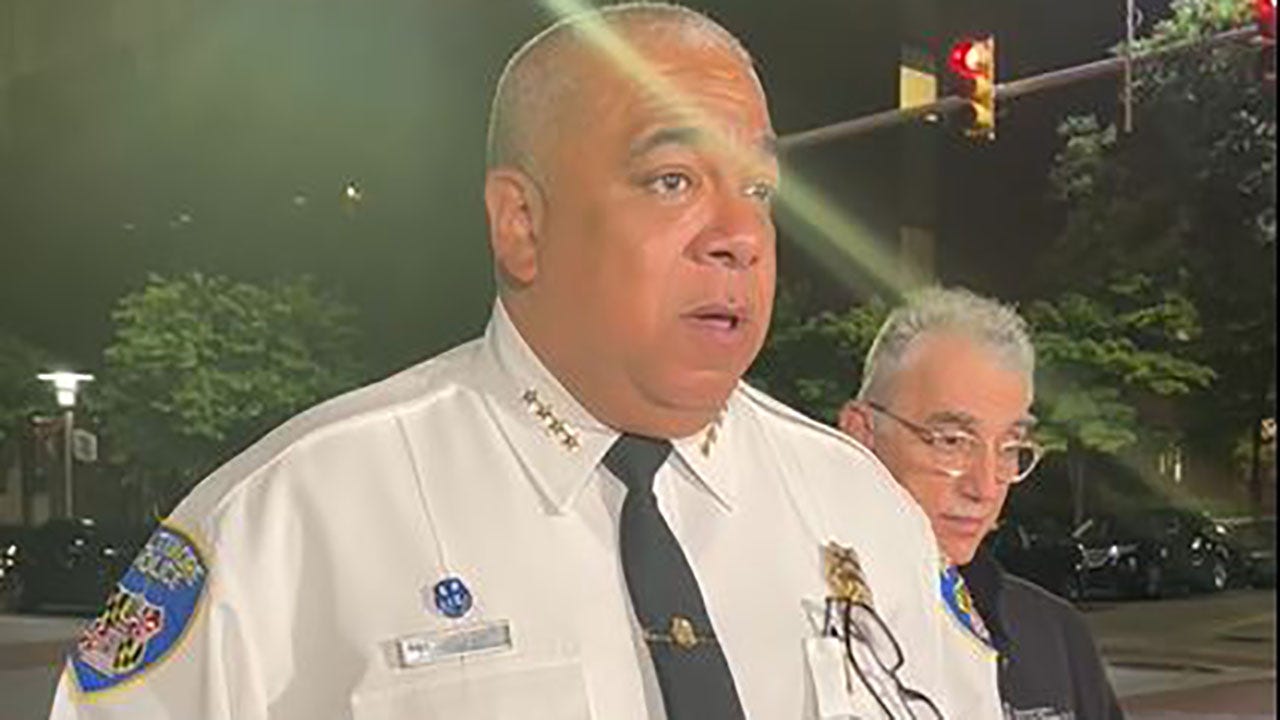 A Baltimore police sergeant is on life support after he was struck by a vehicle and dragged while trying to make a traffic stop Tuesday night, authorities said.

“At some point, the sergeant became engaged with the vehicle,” Harrison said. “The driver hit the gas and accelerated, dragging the sergeant what we think is about two blocks and striking another car along the way.”

The unidentified sergeant was rushed to the hospital.

“He is critically ill. He is on full life support. He will be headed to the intensive care unit in the not-so-distant future,” Shock Trauma Chief Physician Dr. Thomas Scalea said.

“It’s up to us as a community to support those who are out there trying to support us and make our neighborhoods safe,” Scott added in his remarks.

While few details were available about the incident, Harrison said that investigators have promising leads that they believe will help catch the responsible suspect or suspects.

Anyone with information on the incident is asked to call police.